Before breakfast I walked to Crown Point (effectively the end of the airport runway). This was pretty quiet though I did find a house wren, cattle egret , a lot of black-faced grassquits and a pair of green rumped parrotlets (the only pair I saw). I also saw hirundines hunting over the runway but they remained unidentified.

The rest of the morning was spent on the hotel beach but at lunch time our hire car was delivered (Sheppy’ s – excellent service and value) so in the afternoon we visited Grafton Caladonian Bird Sanctuary and the Adventure farm.
Grafton was a huge disappointment. The place was deserted, the feeders empty and the area  where the empty feeders stood heavily over grown making photography near impossible though there was nothing to photograph. This was a real blow as it was one of the sites I was depending on being only a short drive from the hotel and suitable for pre-breakfast visits. We hung around for half an hour or so mainly because 2 species of hummingbird were visiting a flowering bush close to the Copra House – a ruby topaz and a copper-rumped hummer. Also whilst I was trying to get a photograph of the hummers a male antshrike turned up.
We then moved on the Adventure farm feeling quite down and fearing the worse but on arriving the spirits lifted  - there was a row of feeders and hummers were everywhere.

5 of the 6 Tobago species of hummingbird (Rufous-breasted Hermit, White necked Jacobin, Ruby Topaz, Copper-rumped, Black-throated Mango) were present at the farm and in good numbers. Close by there was a feeding station for other species such as shiney cowbird, white tipped , blue grey and palm tanager, barred antshrike, ruddy ground dove (as well as eared and pale vented). We also saw our first motmot though this was an ugly brute.

We had arrived at the Adventure farm mid afternoon and the sun was disappearing behind the trees making photographing the hummers difficult but we would return.
Day 4 (21st Jan)Little Tobago.
Another full birding day. Peter Cox had booked us on “Franks” boat which operated out of Blue Waters Inn and it was another early start – Blue water inn being a good 90 minutes drive from Coco Reef.  Our guide for the trip, Zelarni (my attempt at the spelling), was near the hotel car park and was waiting for us. Eventually we motored across to the island- with Angie and I being the only customers. If we hadn’t have pre-booked they wouldn’t have gone (unless we paid for the hire of the whole boat).
We didn’t see many land based birds on Little Tobago, though there were a lot of brown crested flycatchers (always high up) but once up at one of the view-points the views of the red billed tropic birds was superb. Also on view were brown boobies, red-footed boobies and frigate birds. I spent a lot of time on flight shots but (as always) I could have done with the birds being a little closer and had longer there.

After the view-point Zelarni then took us to another spot where we had tropic birds literally at our feet. 2 birds were with chicks only 3 – 5 yards away and one, wanting to take off from the path came out of the scrub at our feet. These birds were too close for my 400 mm lens to focus on but luckily I had my Sony/ zoom to hand and managed some reasonable shots. 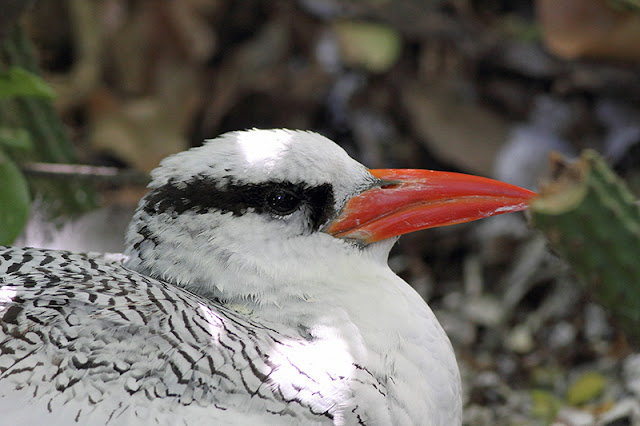 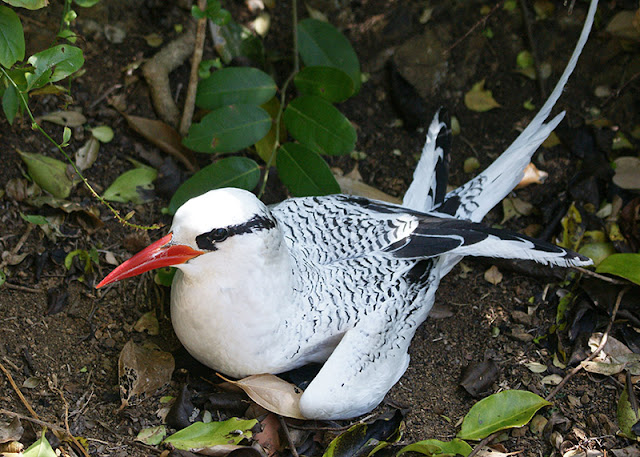 So not many birds but as far as the tropic birds were concerned everything I’d hoped for. The only downer was we were too early for the brown noddys – poor research on my part.
Posted by Greater Kent Birder at 18:10