Monday 6th January.
Sunday evening, whilst pondering just what to do on Monday, I found out there had been a grey phalarope at Hove Lagoon on the kiddies paddling pool. After a quick Google I printed off the details and resolved to go there Monday if the bird was still around. Since the weather was going to be poor until late morning and I didn't want to hit the M25 too early I was relying on someone informing Birdguides it was still there. They did and at 7.40am! - I don't know who you are but thank you, you made my day.
Half hour later I set off and I'm pleased to say had an event free journey.
It was just after 10 when I drove into Hove. The forecast suggested it should have been bright and getting sunnier - it had just stopped raining and was heavily overcast and looked like there was a lot more rain to come.
At the paddling pool I found John Stanton plus a couple of other photographers inside the paddling pool enclosure and laying on the wet ground clicking away merrily at the phalarope which was probably all of 4 yards away!!!! Needless to say I joined them.
Being a thinking man I had taken a sheet of plastic to lay on much to the disgust of the hardier soles already there who were happy to suffer for their passion. Down in position I started clicking away and as the bird moved off I checked my initial results....crap, delete, crap, delete, crap, delete .....I only had 1/150 to 1/200th sec on the shutter and the bird was spinning and dipping for food too fast for the shutter speed.
I continued clicking away hoping the thing would sit still for a moment then it started to rain - hard.

I saw a doorway and was about to take shelter in it when I saw the sign - Ladies!.... so I had to make do with standing in the lee of the building. I went though the picture I had taken....delete, delete, delete. mmmmm I was not doing too well.

A quick description of the paddling pool - I suppose it was 20-25 yards long and where I was stationed it was about 5 yards wide. It was only a couple of inches deep so the phalarope was dipping its head down to the bottom to pick up blood worms. As normal for a phalarope it took no notice of anyone often coming within a yard or so of where people were laying.
It quite strange to see everyone clicking away then as the bird gets closer they stop and look up because the bird is now too close to focus on and/or get in frame.
At first as the bird got closer I tried to move the focus point so as to get the whole bird in frame but it was spinning so fast I was achieving nothing so in the end I left it on the central spot and hoped (but lost the rear end of quite a few decent shots).

Back to the bird. After a little while the rain stopped and the light improved - I was now getting about 1/500th.


And a little while later the sun came out. Great shutter speeds but now I had to worry about burning out the whites. I dropped the exposure to -1/3 to -2/3rds (should have gone lower) but with the help of Photoshop got some very pleasing images. Here are some results to go with those posted on Flickr. 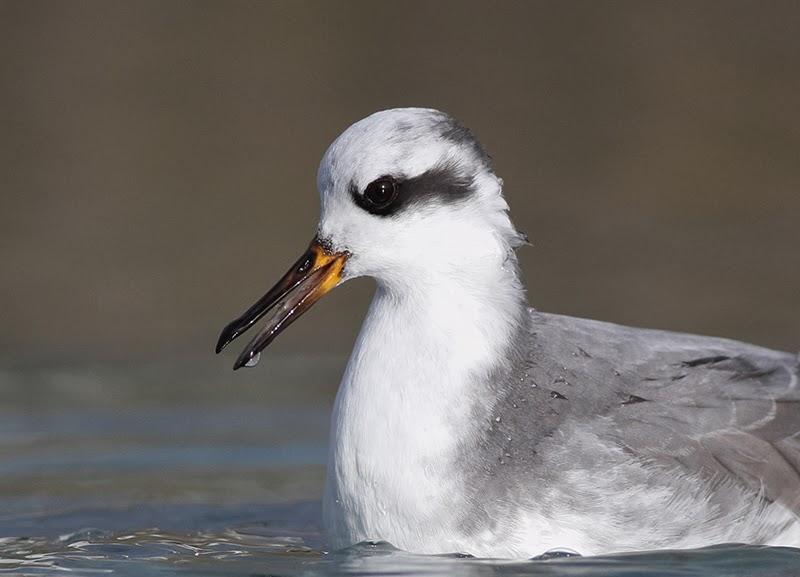 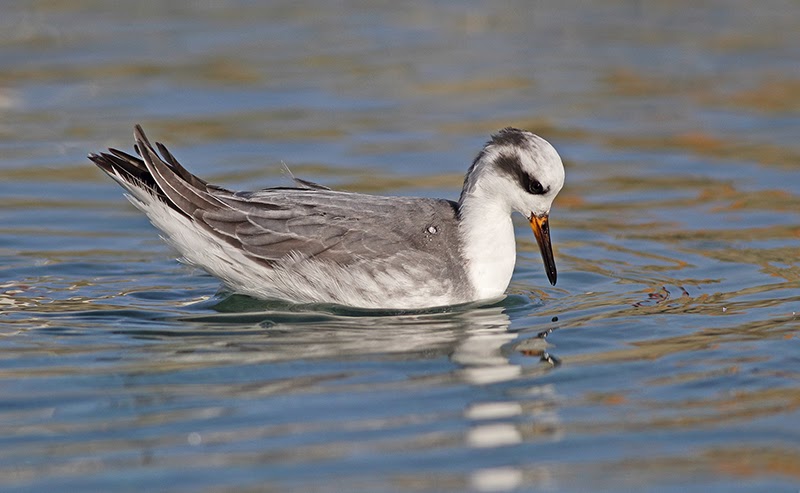 The phalarope spend a lot of the time upended -I hadn't realised they had brown(ish) tail feathers. I also managed a few shots of it with blood worms - the source of food that has kept it there for 3 days now. 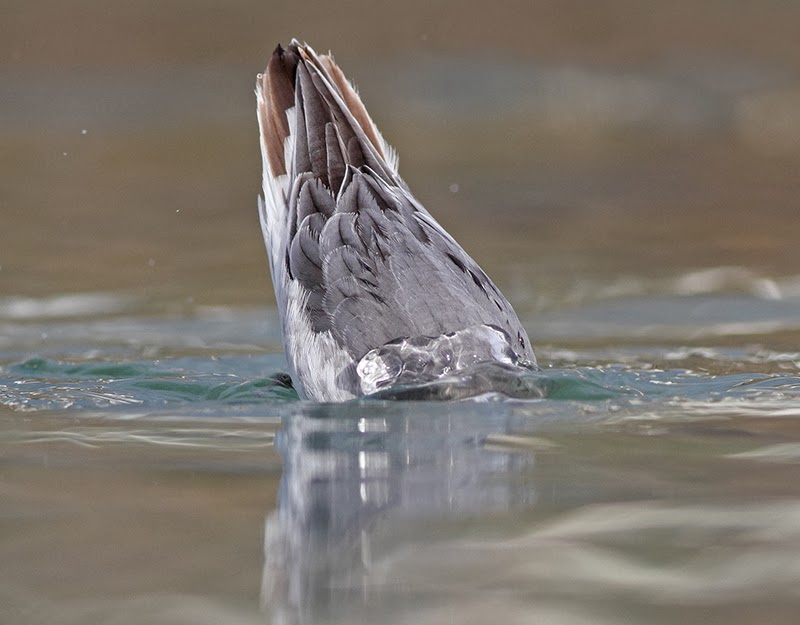 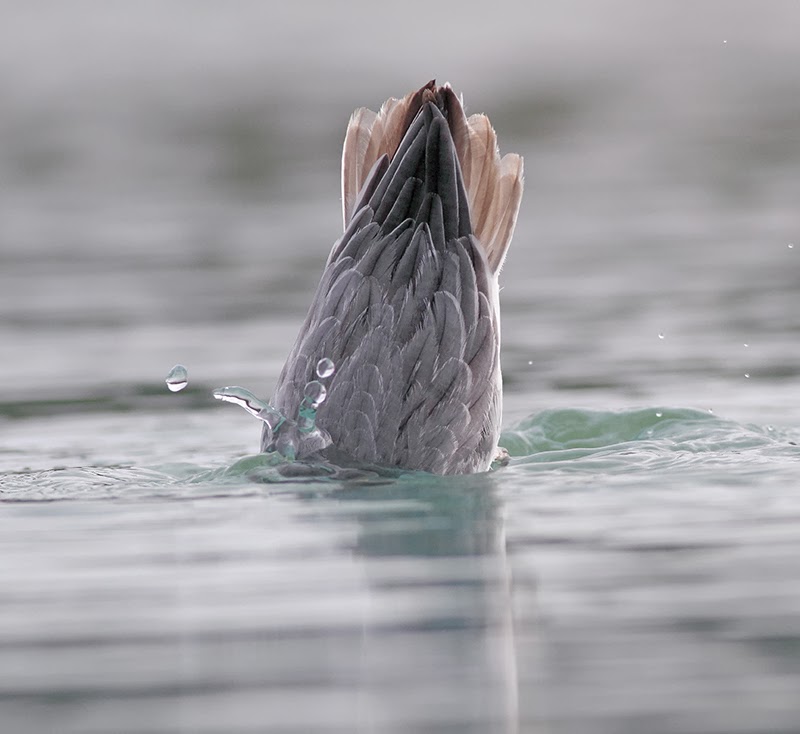 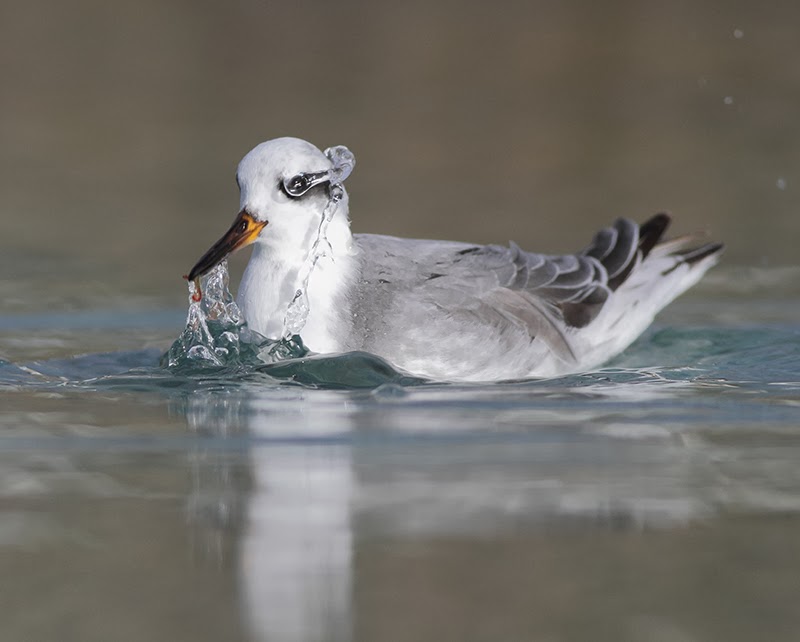 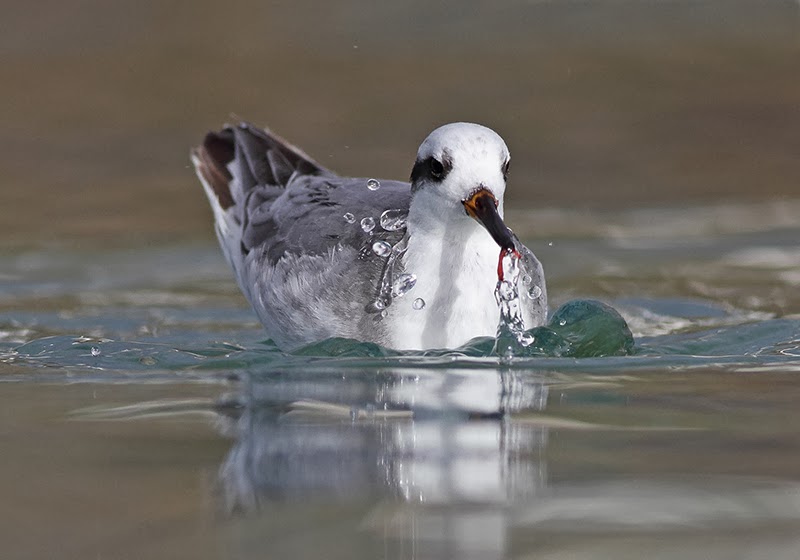 Posted by Greater Kent Birder at 18:10