Today I was mainly in Thanet.
My morning started at the Ramsgate cemetary. I tried to resist but with so little around to point the camera at I failed. Anyway when I arrived I was alone and couldn't find it though I did find a firecrest. It took several minutes to id the crest because it was deep in ivy and all I kept getting were glimpses of a wing bar. It was a bit of a let down when it finally came out into the open.
After that I went back to the 2 pine trees near the chapel and waited - I was working under the assumption that these were the trees that had featured in a lot of the pictures posted over the w/e. This standing around doing nothing strategy worked brilliantly and within a few minutes the Hume's/YB appeared.
I was expecting a very mobile bird but when in the pines it was still for quite long periods quite as it searched for food. That's not to say you could get any pictures because most of the time it had it's head buried in a forest of pine needles but eventually it showed well enough: 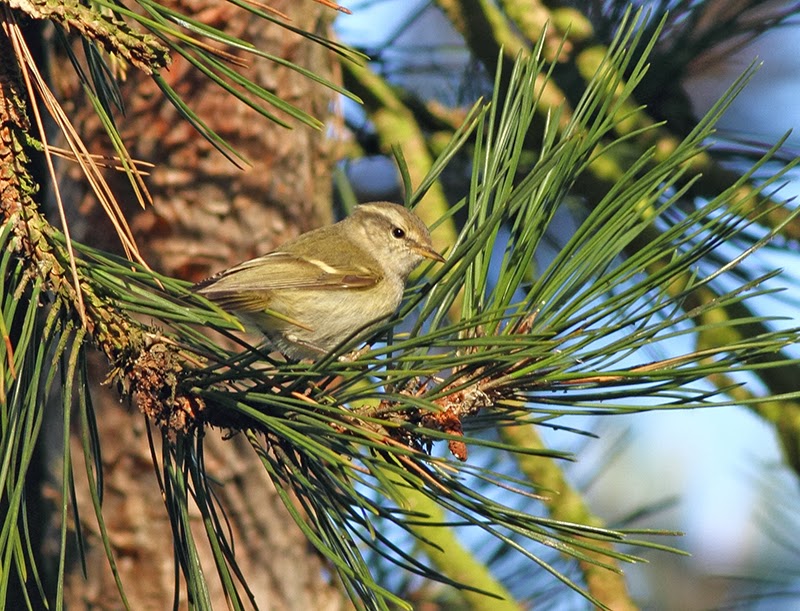 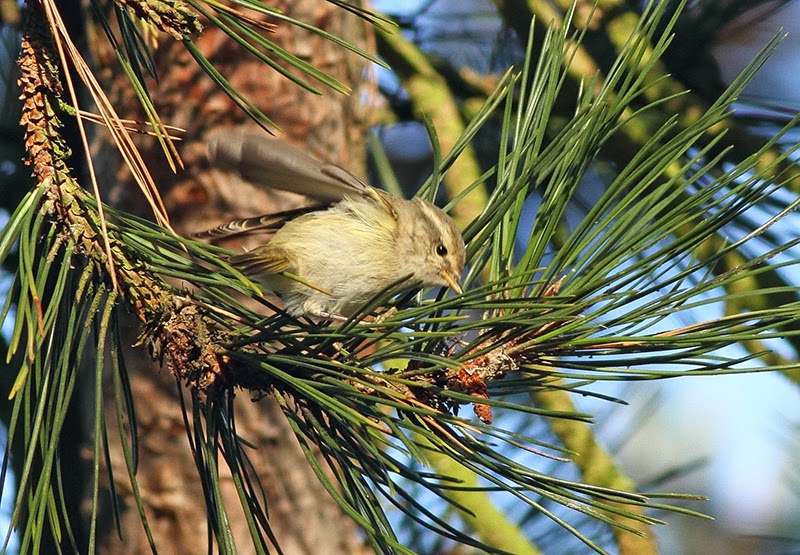 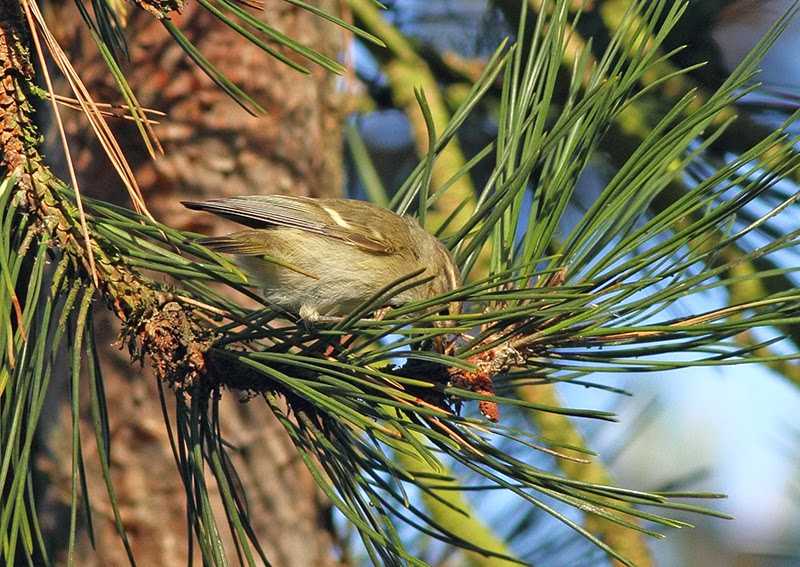 It then moved into the ever-green oak and got very difficult to see and when it did come out it was in the bare trees and moved about very rapidly. After an hour of trying to improve on the shots I already had in the bag I gave up.
This was without doubt the dullest "yellow browed" I have seen with the wing bars and supercillium quite subdued. The wing bar on the median coverts is very small and the legs look dark - all of which is consistent with it being a Hume's......However the lower mandible is undoubtedly yellow - which is a feature of a YB..
On the call front it did sound less harsh than the few YB's I have heard and seemed to be consistent with the calls I listened to on Xeno-canto. Conclusion.....a strong maybe for a Hume's!

Next stop was Foreness and the snow buntings - these are a lot easier to id. As I arrived at the clifftop I could see Mike Hook stalking the waders. I scrambled down the cliff and as I was walking towards him I flushed the snow bunts from the grass whereupon they flew up to the clifftop.

Mike and I spent the next 15 minutes trying (and failing) to get close with the flock repeatedly flying from the clifftop to the grass and back again - most of the time without us moving! 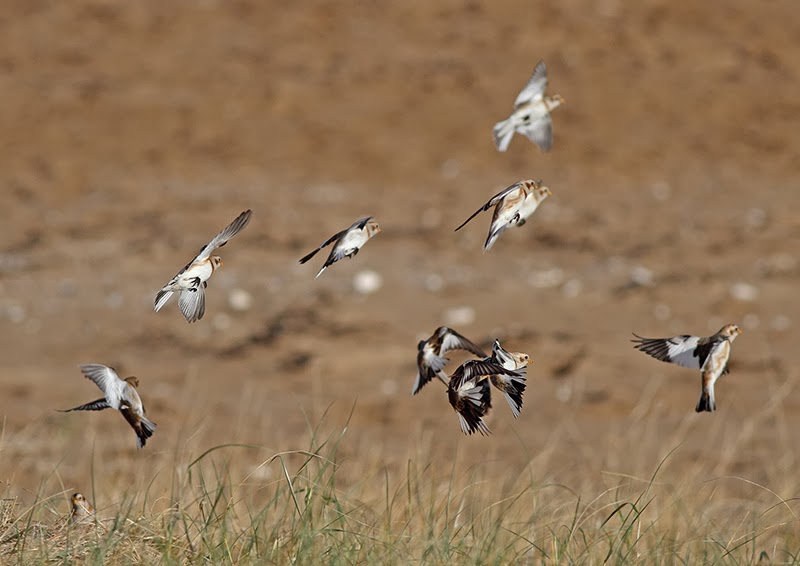 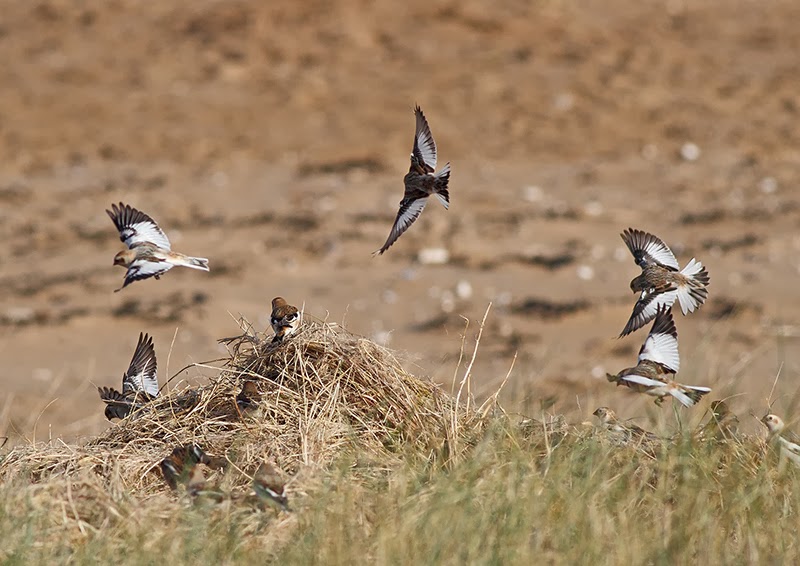 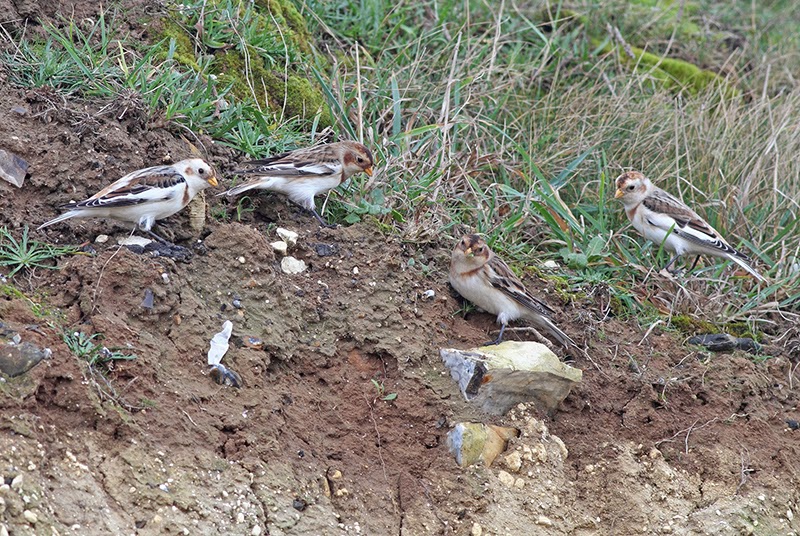 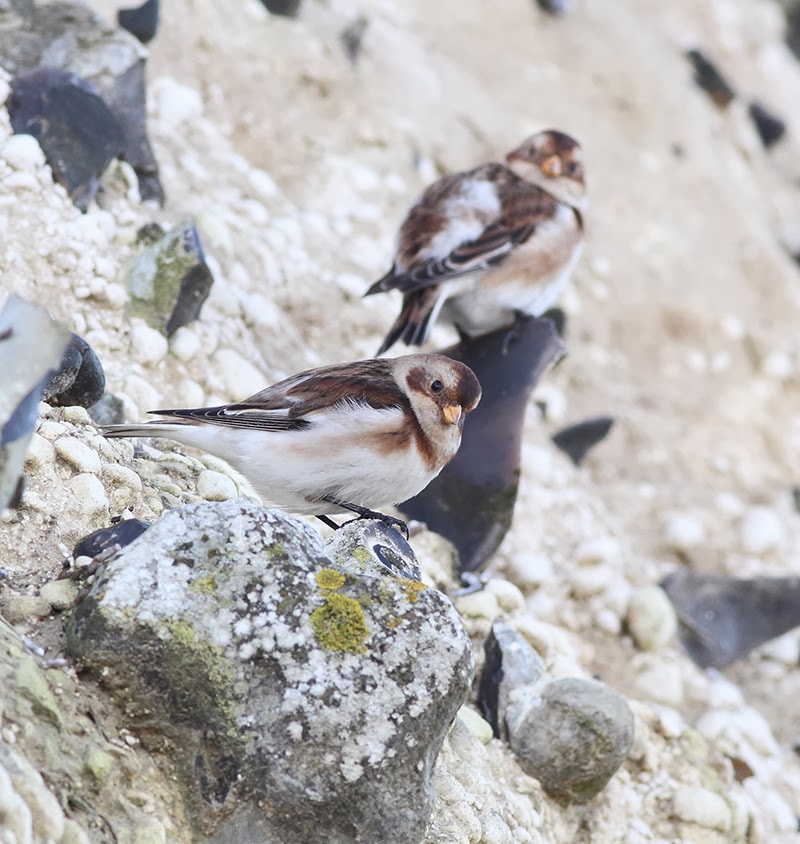 Eventually we gave up and went back to the waders - ringed plovers, sanderling and purple sandpipers(5). These were a little more cooperative if you approached very slowly and on your knees -well the sanderling and purps were; the plovers had long disappeared towards the pump house..

After this little session Mike went off for the Hume's (successfully) I went home via Restharrow where I saw (unsurprisingly) loads of teal and several gadwall....some of whom were getting very amorous.

Posted by Greater Kent Birder at 23:21