Out and about around Dover

After twitching the phalarope, the Humes and going to Hampton for some purple sandpiper shots it was time to stay local.
Seeing as everywhere is under water I decided to keep my feet dry and start with Dover docks.
The inner harbour was almost bird free (I'm not counting the pigeons) but as I wandered out onto the Prince of Wales pier I found a few auks in the form of 2 razorbills and 2 guillemots.


Another reassuring sight were the 9 gt crested grebes - still way down on normal but moving in the right direction. A few kittiwakes were drifting around but the star of the show was a shag.
3/4 of the way along the pier there are some step down to the water (fenced off) and because I've found purple sandpipers on them before I always check them out. Well today as I poked my head over the railings I was confronted with a shag.....on the third step from the top.
To get a full view of the bird I had to stand back a little and lean over the railings but I was looking out to sea hence shooting into the light; I also had to shoot holding the camera in portrait mode because that was the only way I could get the whole bird in. Still it was as close to a shag as I have been. To put things into perspective this shot is uncropped. 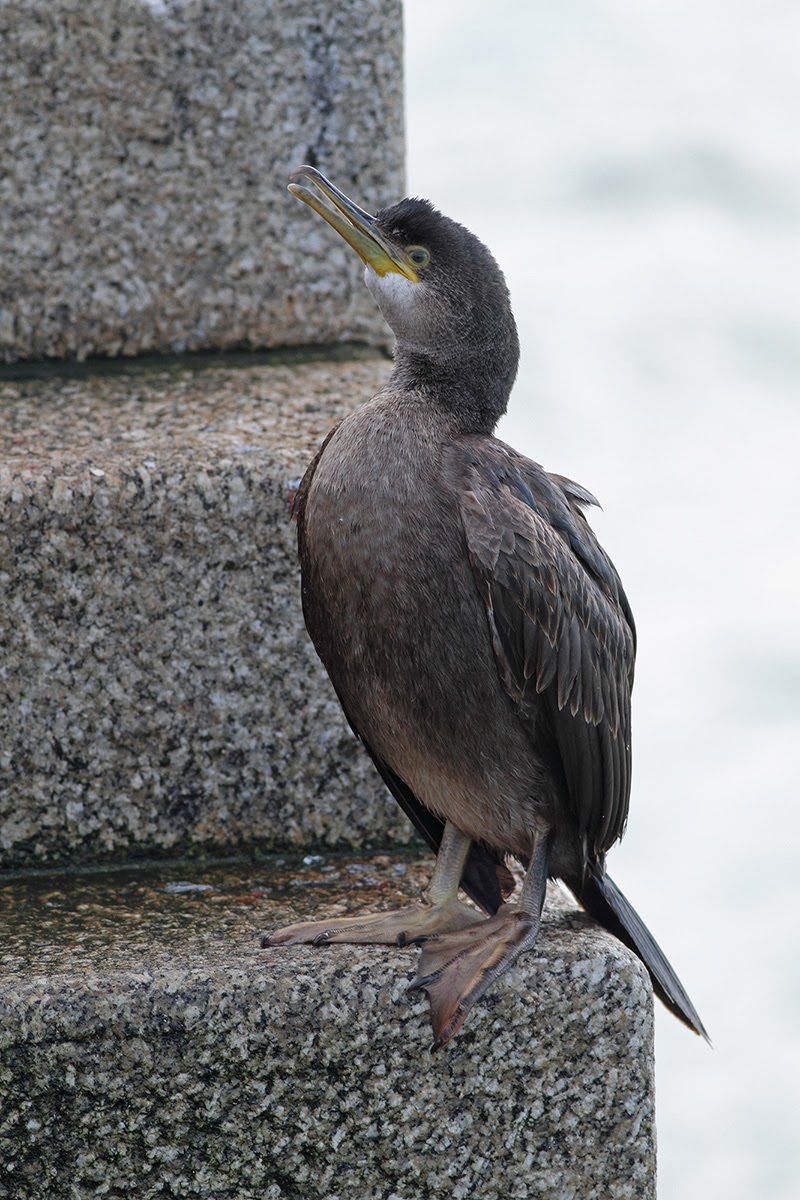 I then tried to get on it with the light behind me. That meant shooting over the top of the railings and due to the angles and how close I had to get (~4 yards) I could only get it's head in. Again these are uncropped shots. 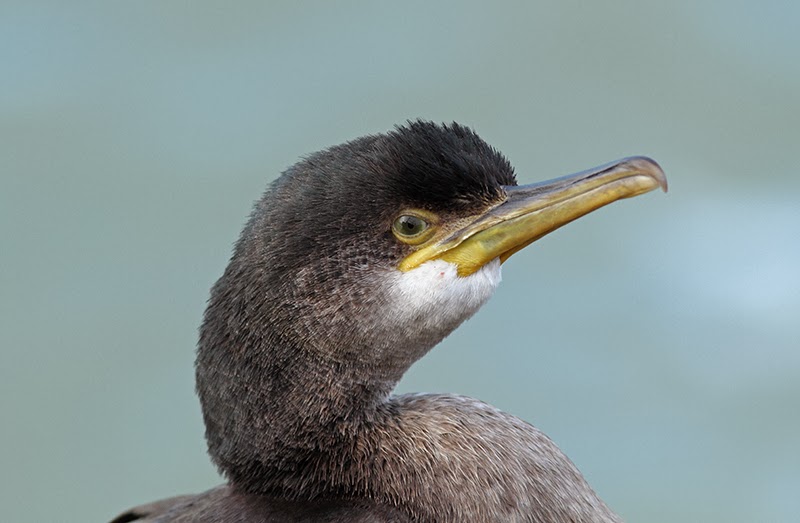 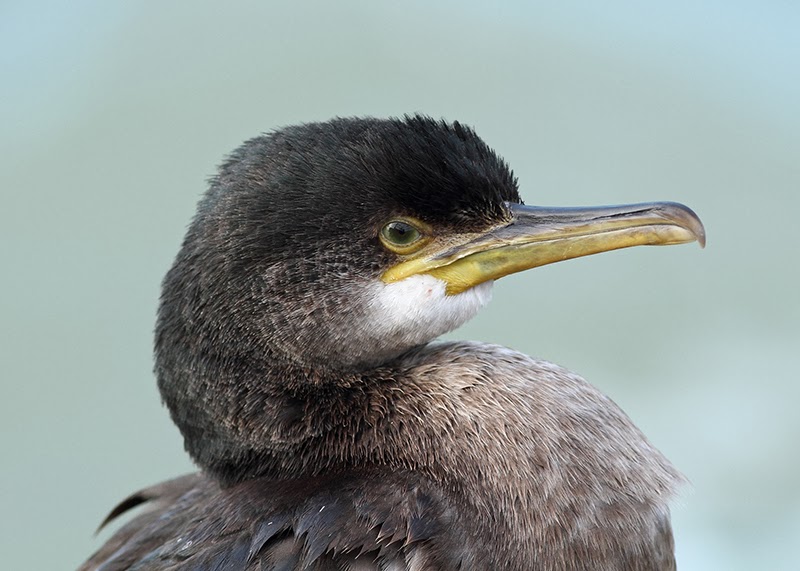 You are probably going to ask just how sad could someone be but have you ever looked at a shags feet before. Well I hadn't until today. The outer toe is far longer than the others. I always assume the centre toe is the longest but that's not the case. Just thought I'd share that with you!!!! 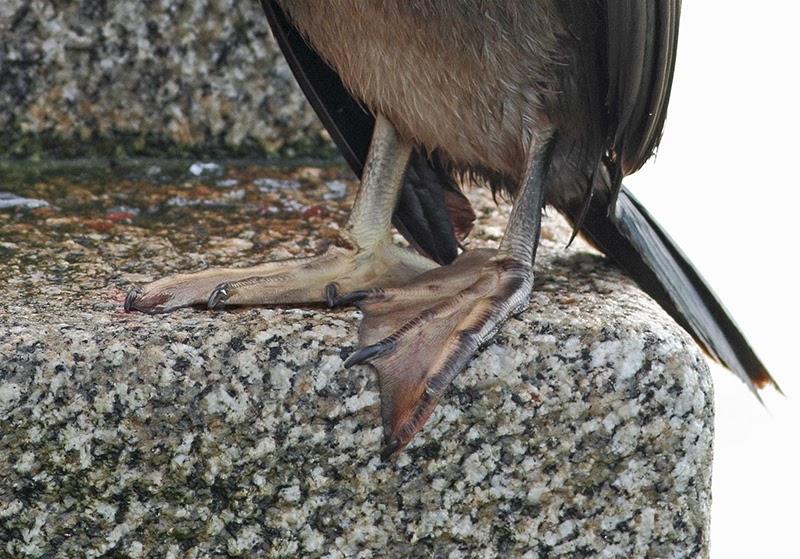 That was it for the pier.
Next stop was Langdon Hole. The cliff tops down here are pretty grim at the moment but if anyone wants to see corn buntings and yellowhammers visit Langdon Hole - there's a mixed flock of 60+ birds there on the rough pasture immediately north of the Hole. There's not a lot else but it's brilliant for these. I just wish they were a bit more approachable.

There were about 10 skylarks chasing each other around but I only saw 1 meadow pipit.
On the cliffs no sign of the peregrines today but a few fulmars are back in town.