12.3.2014.
The forecast was for a NE wind and lingering cloud fog so with the forecast at Dungeness set to be sunnier and warmer it was an easy decision plus I'd just Read Plovers Blog (http://ploversblog.blogspot.co.uk/) where he had visited Dengemarsh Gully. I'd never been down there so if nothing else it would be somewhere new to walk.
The morning started inauspiciously at the Old Lighthouse where house sparrows were the main species on view though I did see a couple of black redstarts on the power station wall though they were too distant to photograph. To be honest I did point my camera at one and press the shutter but then promptly hit the delete button. Why do we do that? You still take a picture even thought you know it will be useless and going straight in the bin?
Next stop the gull roost - several hundred gulls but I couldn't find the glaucous though I was told it was there early afternoon.
Hmmm, this was not turning out quite as I'd planned so desperate to use the camera I got in the car to drive up to Boulderwall farm and immediately had a change of luck. As I drove past the New Diggings the black throated divers were quite close so I stopped and fired off a few shots with the birds swimming strongly towards the middle of the pit.


Up at the farm I found a common lizard sunning itself on a bit of down pipe then settled down to take some tree sparrow shots.

The RSPB should erect a small hide there for photographers; I'm sure it would prove popular as tree and house sparrows, reed buntings, blue and great tits plus a wren were all on show. 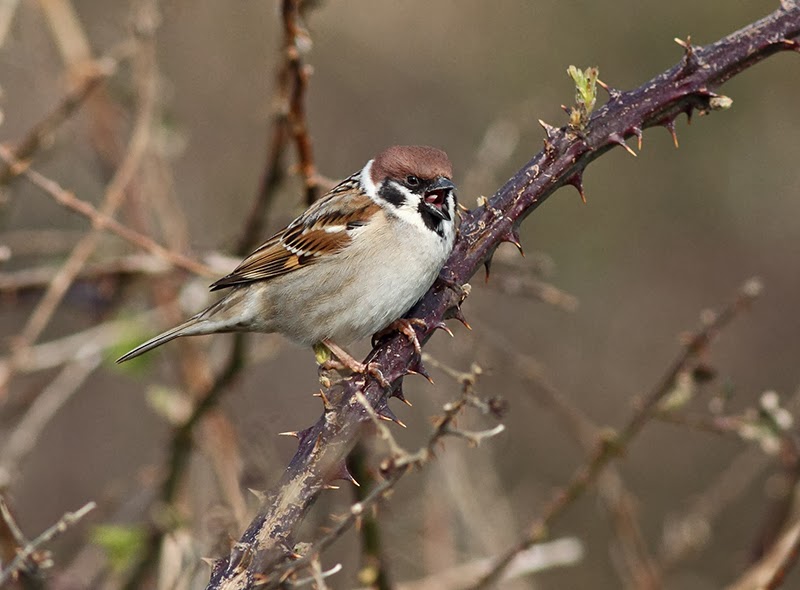 Then it was off to Dengematsh parking at Swing gate bridge.
Lots of gorse to start but very few birds but as I reached the dyke I found a chiffchaff flitting around and a black redstart.
Where the dyke goes underground I dropped down into the gully and immediately found a firecrest so for the next hour or so I waited patiently. I could see and/or hear the bird most of the time but it was normally on the other side of the scrub however every now and then it popped up into view. If you waited for it to come into the open  then move the camera into position it would be gone before you'd focused but by following the crest through the view-finder you could manage a shot or two.....if you were lucky. 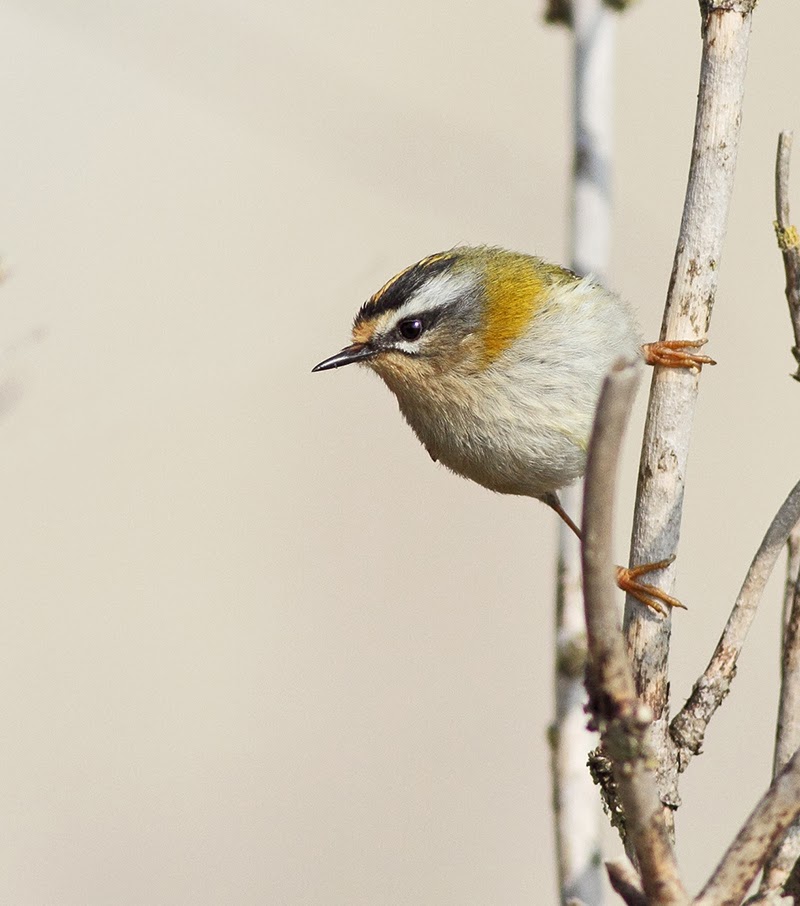 Whilst standing round waiting another black redstart popped up on the barred wire fence then moved onto the east bank. I followed but couldn't relocate it. So it was back to the crest.


That was it really.
On the way back the chiff was still in residence and 2 peregrines were being noisy around and on the pylons but even I didn't bother with the camera this time.

I didn't go looking for the green winged teal or the grebes because I was sure I'd not get any shots but it was an enjoyable session, in the sun and in the gully completely out of the wind.

Posted by Greater Kent Birder at 08:32