Having tried to find something to photograph by driving miles over the last week or so today I decided to stay local. By 8.00 I had walked the old rifle range at Kingsdown and managed to find a peregrine, a kestrel and best of all my first wheatear of the season though like all the males of this species it didn't want it's photo taken and flew high up onto the cliff face and stayed there.

Also on the range were a couple of rock pipits, the normal dunnocks, robins and wrens and a female stonechat; the expected male being a no show.


After that I checked the scrub and trees around the toilet block and saw 2 kestrels, a couple of jays, several blue tits but no chiffs.

It was my intention to bird the Sandwich Bay  area for the rest of the morning and along the Ancient Highway I found a red-legged partridge - the first I have ever seen along there. 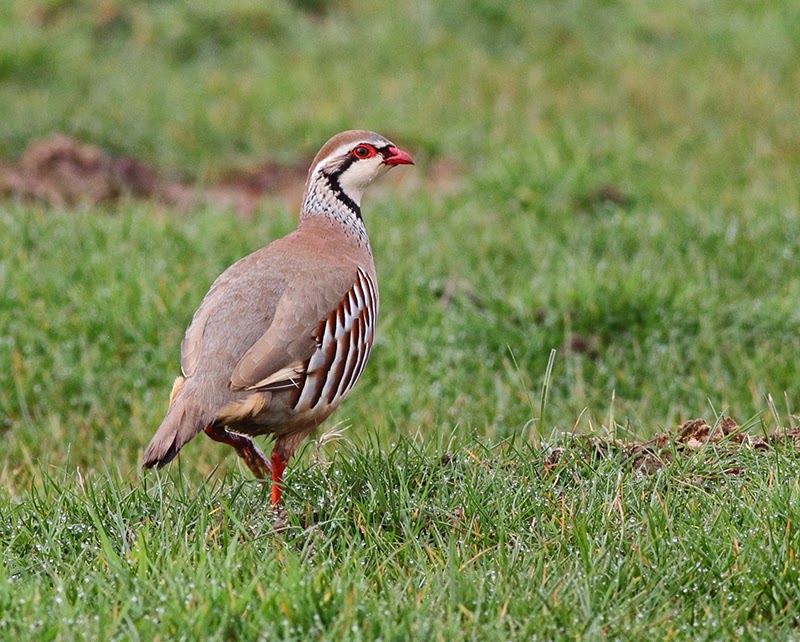 I then came across Adam so I stopped for a chat. Adam's report of the birds on the scrape and in the Elms was not encouraging and neither was his report on the state of the road so I gave up that idea and went home for an early lunch.

Mid afternoon (after the dentist) I was back out this time walking the cliffs between South Forland and Langdon Hole. No wheatears but quite a few skylarks, corn buntings and mippits and a chiffchaff above Fan Bay.
I'd just about given up on seeing a peregrine when the falconers hybrid that has been around for several years cruised past a couple of times and a second peregrine showed distantly. 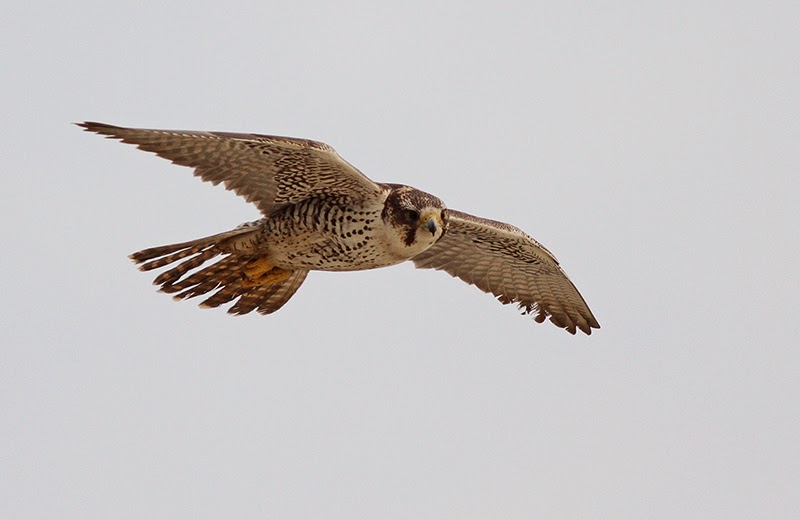 Whilst this was going on a raven also cruised back and forth a couple of times and on one of the passes it started showing off flying upside down whilst cronking it's not so little head off. 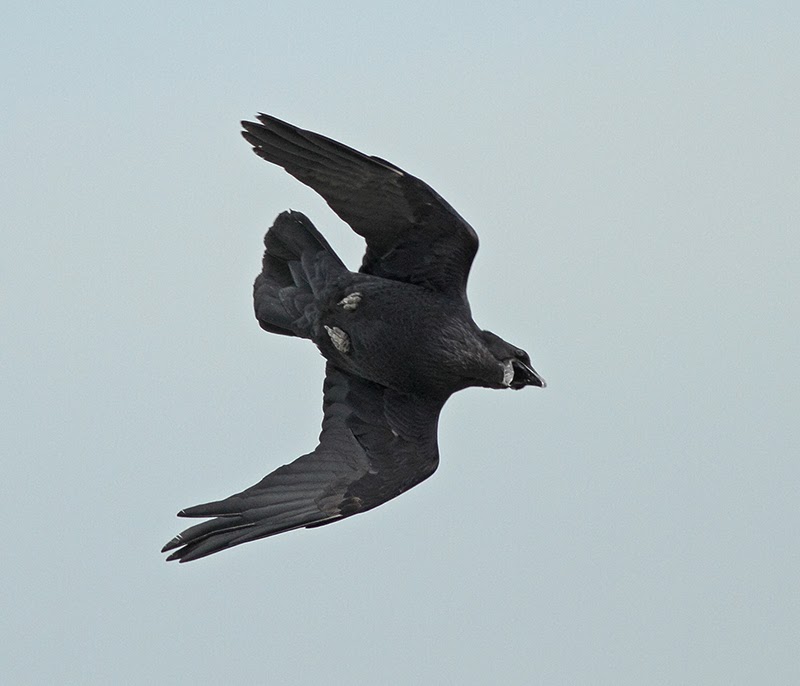 Both the raven and a falcon disappeared after a few minutes and a little later, as the light failed completely,  I followed suit.

Back at South Foreland a chiff was chiffing by the car.

All in all pretty pleasing....though I'm easily pleased.
Posted by Greater Kent Birder at 22:01