Since I've been back from The Gambia I have laboured hard to find something interesting, correction, something to photograph locally but have failed miserably.
I've tried to find the Sandwich shore larks 4 times without success and have now given up. I've had 3 visits to the cliffs and not managed a single peregrine shot (I've only had 2 momentary sightings). I can't be bothered with the Chinese pond heron because I'm convinced someone has (or should I say had) a collection but either lets them go to wind up birders/twitchers or just keeps losing them. In the last few years a green heron, a black crowned night heron and now a Chinese pond heron have all turned up within a mile or two of Hythe. If this was Dungeness or Stodmarch you might be able to put this down to a good run but Hythe? And the latest escapee keeps hanging around gardens - I just can't believe they are wild birds.

For a couple of weeks I have looked enviously at the little gull shots coming out of that centre of winter avian photography - Sussex. Phalaropes, spoonbill, black-throated diver, goosanders, Kumlein's, Iceland, Bonaparte's and now little gulls. There's just no end to what turns up and performs in that county - and mainly on paddling pools or ornamental ponds with parking, toilets and cafes close to hand.
So with the weather set fair I left the bird less wastes of East Kent for a safari into wildest Sussex.
First stop Brooklands, Worthing.
For those who don't know Brooklands the lake looks as though it might once have been natural but now there's concrete path around a lot of it complete with miniature train, there's a kiddies playground nearby plus a cafe and toilets. Who needs to spend thousands on nature reserves?
I arrived at 8.15 and immediately spotted a juvenile feeding with the adult on the far side of the lake. A little later another adult turned up and for a little while a second juvenile was present.

For the first hour the gulls were feeding more or less continuously but then they settled on the water and in the next hour I never took a shot. 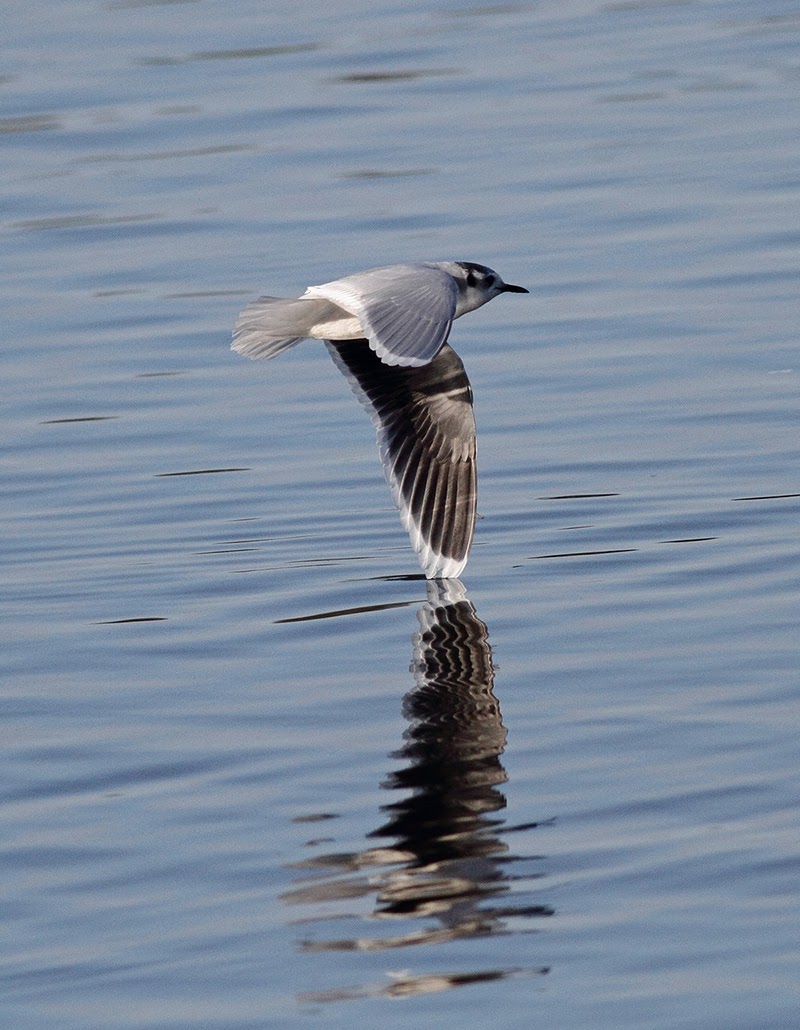 Whilst both the adult and juvenile came pretty close I was disappointed in the results - perhaps the angle to the sun was wrong, perhaps the camera struggled to focus accurately under the high contrast conditions or maybe I just have confirmed what I have long thought - I'm totally useless at BIF. Still I got a few shots, the camera had some exercise and the journey wasn't going to be a complete failure.


At 10-ish I gave up as the birds were resting mid-lake and drove down to Widewater (Shoreham) to look for the mergansers. There were 3 in residence, 2 females and a male and I soon had some pictures. The birds didn't seem to like my presence swimming away whenever I tried to get close.

I suppose I could have sat quietly and hoped they would get used to my presence but the mealy redpoll had been reported at Horsham so it was off to Warnham Local Nature Reserve. This was not the trek it may sound because it's only 8 miles or so off the M23 so it was more or less on the way home.

You have to pay to go into Warnham (£1.50) but there's a nice cafe, clean toilets and a very large hide (woodpecker hide) with a host of feeders in front of it and a tree trunk with holes for suet to attract the woodpeckers.
Visiting the feeders were greenfinch, chaffinch, siskin, redpoll, goldfinch, blue, great and long tailed tit, robin, dunnock and 2 mallards. I think I saw more woodland birds from that hide than I've seen all year around here. I did take some shots on the feeders but most of the bird offered opportunities on the surrounding trees/tree stumps for more pleasing images. 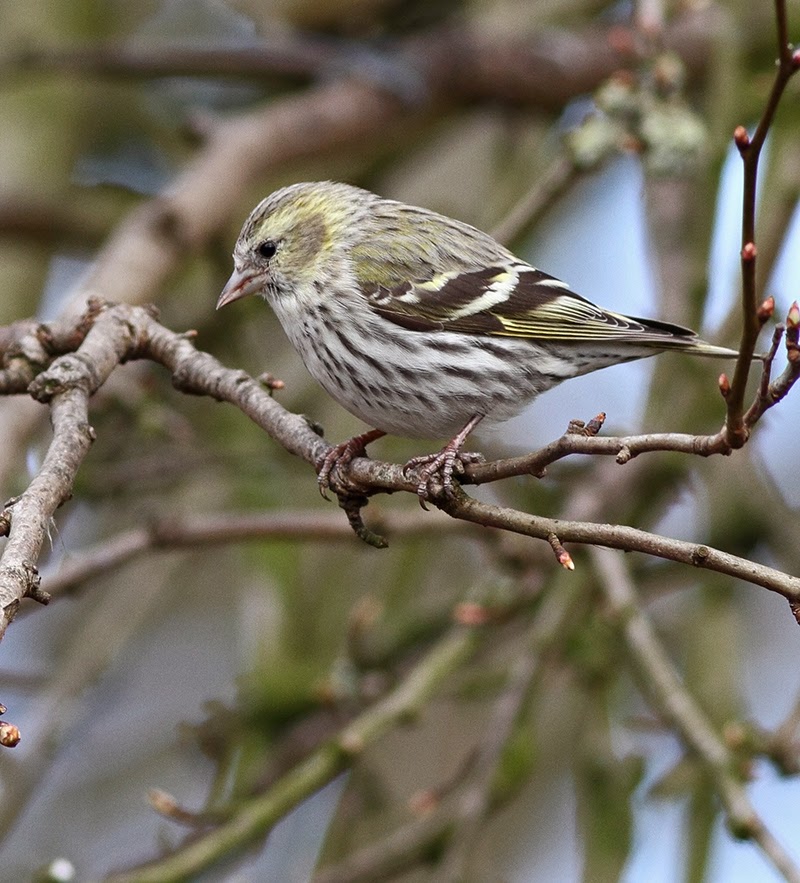 I had decided I would stay there until 2.00pm ( I arrived around 12.00) so that I could get home and cook dinner for her at work (yes I'm a kept man).
After 1 hr 45 mins of clicking away (mainly at redpolls in a variety of plumages) I spotted one that looked significantly different. A couple of shots of it on some twigs then it landed on a feeder in front of me and was gone in 10 to 15 seconds.


There were 4 other photographers in the hide so I asked them for confirmation that it was the mealy.... none of them had seen it!!!
It was now 1.45 so I decided to pack up and make my way home...... a happy bunny. Sussex had delivered.

Looking at my images back at home I was amazed at the wide variety of plumages redpolls come in with one in particular looking very white underneath. 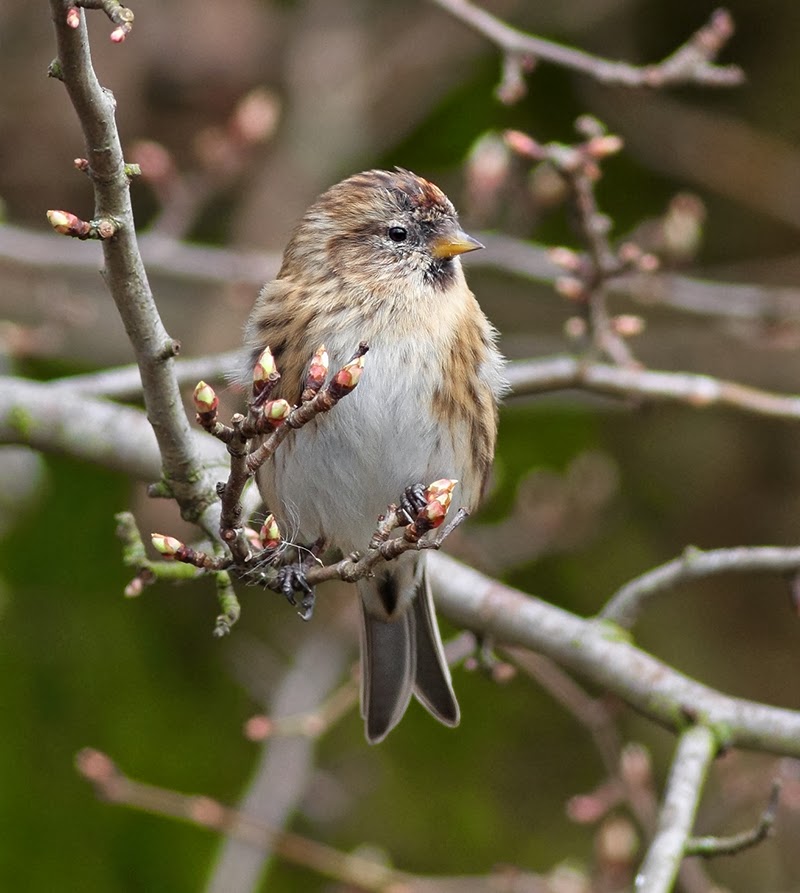 All of the redpoll photographs are "as shot" with just a little tweaking to brightness and sharpness.
I don't pretend I know much about redpoll id so if anyone would like to comment on any or all of  these birds please do so.