A small, very dark "lesser black backed" gull dropped in on the scrape this morning. A little later 2 more normal looking lesser black backed gulls came in confirming the darkness and small size of the first bird.
Several other people came in (Ian - SBBO warden and Adam) who also thought it looked different. Ian has since come back and is happy with it being a Baltic Gull (fuscus).
Attached are some shots that show the features that lead to this conclusion. Unfortunately I didn't manage a clear shot that shows the upper side of the wings and mantle. The best I can offer in that department is where the bird was flapping whilst preening.

I have several shots where the two were quite close together on the water and in every shot the LBB is clearly paler on it's back and the contrast between upper wing colour and primaries is clear.
They also stood close together on the emerging island and the size difference was clear to see.(no pictures though).

Another shot showing the upper wing colour and lack of contrast between the wing and primaries.

A few more shots of it flapping around whilst preening: 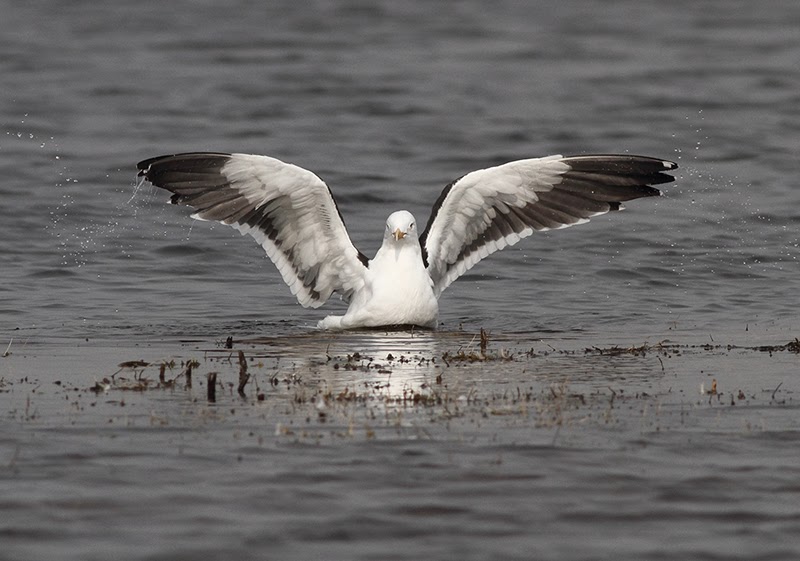 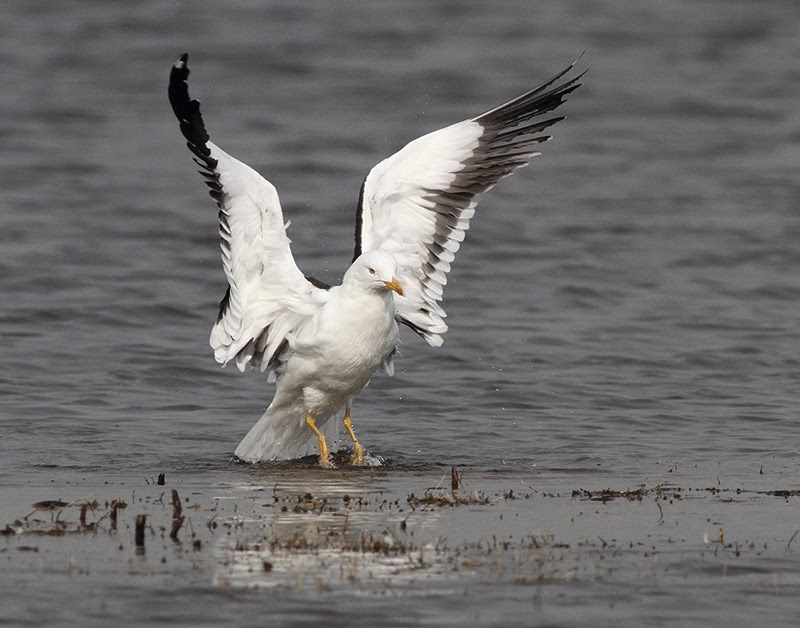 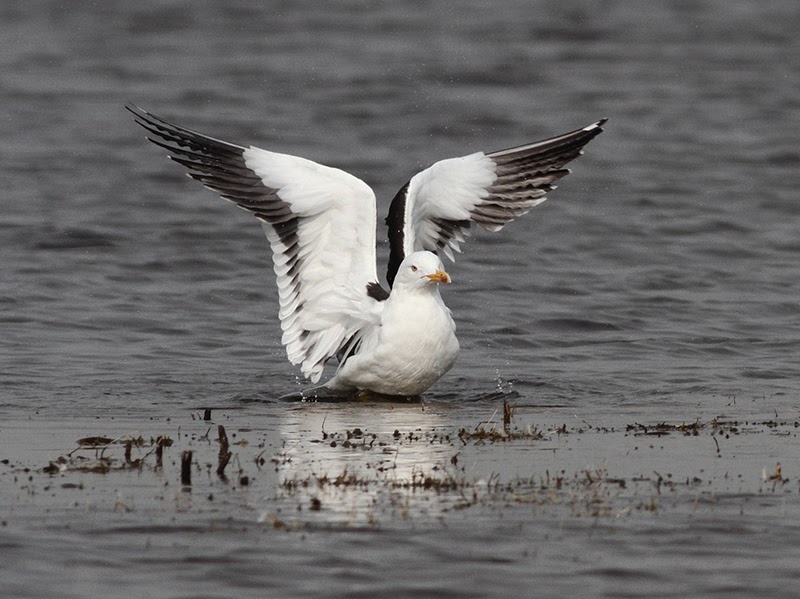 Finally the best shot I managed of it in flight: 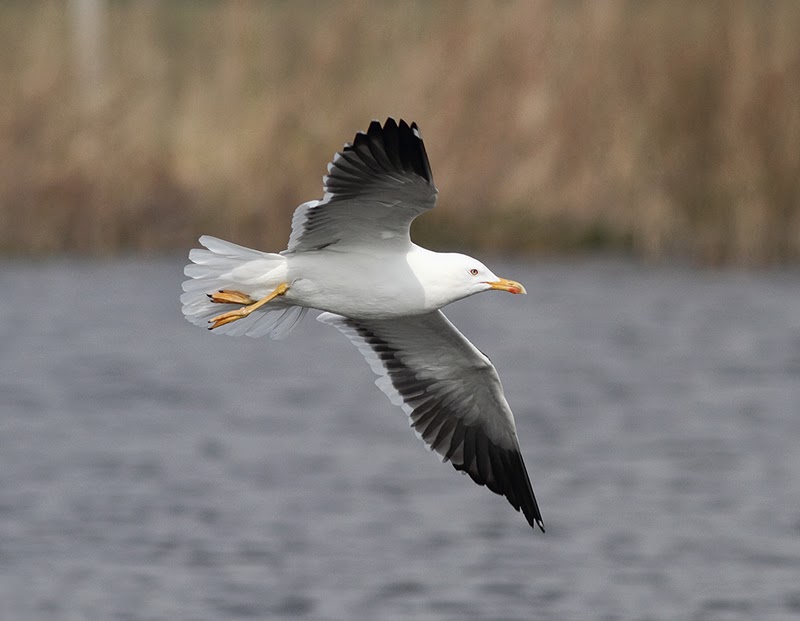 An interesting interlude to what was otherwise a quiet day.