The last week has been rather rather quiet on the birding/photography front.
On Sunday I spent the morning at RSPB Rye Meads hoping to get some shots of the breeding kingfishers. The kingfishers are breeding there in an artificial bank made up of sand sandwiched between thin layers of concrete (well that's what it looks like). There is quite a large hide there but for photography you need to be there after lunch as the light direction is all wrong earlier in the day...........I arrived at 9.00 and had to leave at lunch.........I will know better next time (if there is a next time as I was only there because I had to go to Stanstead Airport.
As it happens it didn't really matter as the birds are on eggs and only one change-over occurred in the 3.5 hrs I was there and even then the neither birds came close. 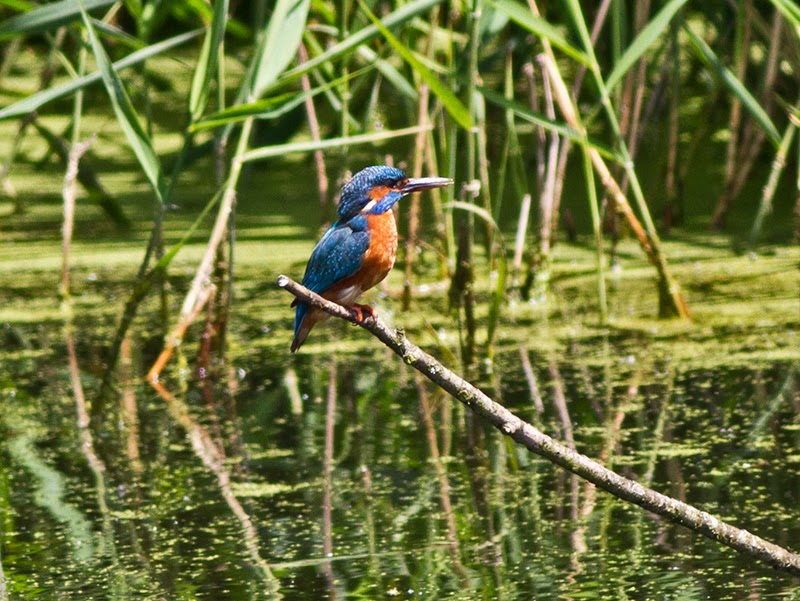 Wednesday I went to Rye. You know what's going to be there, you just hope the weather and birds play ball. I arrived at 6.30 hoping to take advantage of the early morning sun to photograph the Sandwich terns on the island, which I did but numbers on the island are down on my last visit and the birds that are there seem to be still on eggs so there was little too-ing and fro-ing though some birds were returning with sand eels.


The avocets can still be found quite near the fence line early morning though they don't let you get very close.


There was a juvenile little gull around but it stayed distant all the time I was there.

From the Ternary pool hide nearest the sea front I found a common tern preening and a redshank having a kip and from the beach I could see around 8-9 little terns though none seem to be on eggs - they are still chasing each other around so they may just be late starters.


On Thursday (12th) I went to Goodnestone. Historically I have been told of spotted flycatchers in the area and I have seen honey buzzard there. Alas neither of these were seen on this visit but I had a pleasant wander around the churchyard - where a family of kestrels were in residence,  around the fields behind the church and along the Serpentine walk - a new walk open to the public around the edge of the Goodnestone estate.


I only saw  common stuff during my stroll but in all I had 4 families of gt spotted woodpecker, 3 singing goldcrests plus a couple of buzzards over.

So nothing spectacular but a pleasant walk somewhere different and on the way home I saw a red kite to boot.

Posted by Greater Kent Birder at 13:57