I had a couple of hours at South Foreland this morning. As with the rest of the week there was no sign of any viz mig so I went in search of peregrines.
Walking south from the light house all I’d seen were a few skylarks and mippits when I found Adrian Downling sitting on the North edge of Fan Bay hoping for a peregrine. I stopped and chatted for a few minutes. It seems Adrian has been afflicted with my problem – plenty of shots of peregrines but never quite close enough to capture the detail you want.
Moving on I was skirting Fan Bay when I spotted a yellow hammer singing away in a bush close to a footpath. As I was setting up a walker marched past me and past the yellow hammer and the bird totally ignored him despite the bush being about 7 yards from the path whereas it didn’t let me get within 20 yards of it!!!!!!! I must ask Steve Ashton what deodorant he uses because he never seems to have my troubles.
Walking down into Langdon Hole I spotted a peregrine standing on the well used viewing point. I suppose I got to about 40 yards before it had had enough of me and flew off – again wrong deodorant? 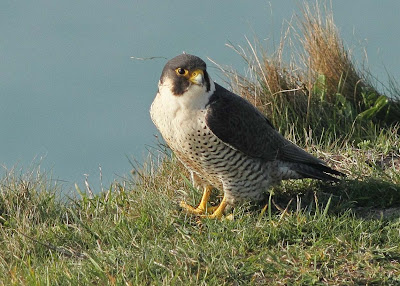 Nothing in the Hole but as I retraced my steps 2 peregrines were circling below the cliff top and I got a few pleasing shots: 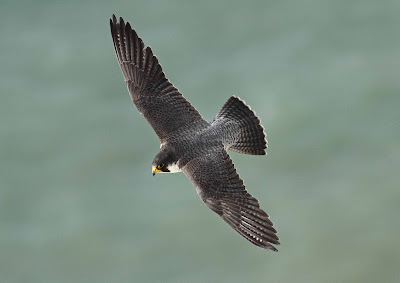 They eventually disappeared but as I continued up the hill I spotted one on the cliff edge. I walked as close as I could without being seen then hidden by the sea kale the crawled forward getting quite close but the view was always partly obscured and I was shooting into the sun:
Eventually it saw me and after a brief think about what to do flew off. 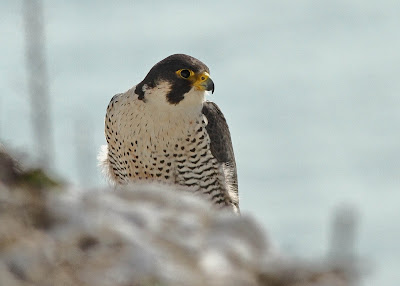 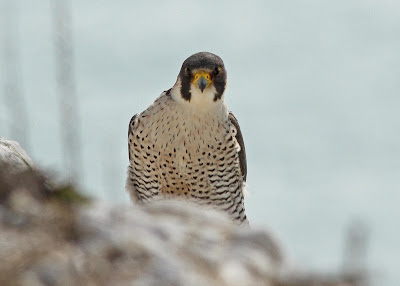 As I passed Fan Bay a sparrow hawk cruised past, landed in a bush but noticed me and disappeared off north immediately (there’s a pattern emerging here!) but a little further on there was another peregrine – right out in the open. On this occasion and in full sight of the bird I managed to get within 20 yards or so. Shame I was shooting into the sun again. 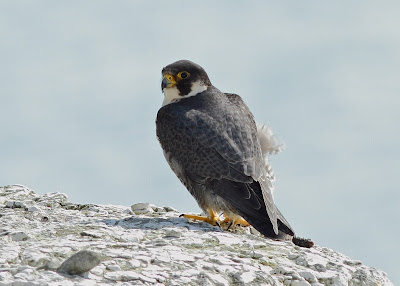 Nothing new but quite an enjoyable session before too many walkers came along.
Posted by Greater Kent Birder at 18:06