31st Jan. Our first full day in The Gambia and one that was to be spent locally - Kotu Bridge, sewage works and surrounding area, Faraja golf course and in the afternoon the Cycle Track.


Too many birds seen today to list ( over 100 species) or show all the pictures taken (more and different shots will be posted on my Flickr site) but the day started on the Kotu bridge seeing a number of common waders - greenshank, wood sandpiper, little ringed plover, plus black-winged stilt, spur-winged plover etc and the normal array of heron species, but I spent most of the time there trying to photograph the giant kingfisher in  flight...........not very successfully.


In part this was due to the behavior of the bird (never flying close enough) but the main cause was the constant distraction of new birds flying past:

......... and the pied kingfishers and wire tailed swallows sitting on the piles less than 10 yards away.

Overhead we had palm-nut vulture, African spoonbill and late on a pink backed pelican.

After that we went up to the sewage farm (~ 200 yards south then left up a dirt track) getting Abyssinian roller en route. All the normal subjects at the sewage farm with a lot of woodsands , grey headed gulls, white faced whistling duck, black winged stilt and yellow wagtails but for me the star was the African jacana (I'm easily pleased).

I did see jacanas last year but failed to get a picture. Now I took some though the light direction could have been better.
We then went to the lemonade shop then onto the golf course crossing the river via the raised bank and wooden footbridge (the track being from the NE corner of the sewage farm - the footbridge to the golf course can be see on Google maps - Satellite view).
En route we stopped in some scrub close to the sewage farm where I stood away from the rest of the group getting fleeting views of a female northern puffback, better though distant views of a fine spotted woodpecker, good views (though poor shots) of a northern crombec, and a yellow-fronted tinker bird plus quite a lot of small finchy stuff though identifying bishops, indigo birds etc (females/juveniles/non-breeding males) remains a mystery to me.


The Golf course was very hot and as last year a disappointment the only real sighting being the Abyssinian roller. I can't understand why this place gets such good write ups elsewhere or perhaps it is better in the rainy season......this year The Gambia was suffering a bit of a drought and everywhere was pretty parched (as were we by the end).

After lunch and a swim Steve and myself went back to the bridge at 3,30 (we were due to meet up with the rest of the team at 4.00pm) where a broad billed roller performed brilliantly from a lamp post it was using as a base for it's hunting operations, 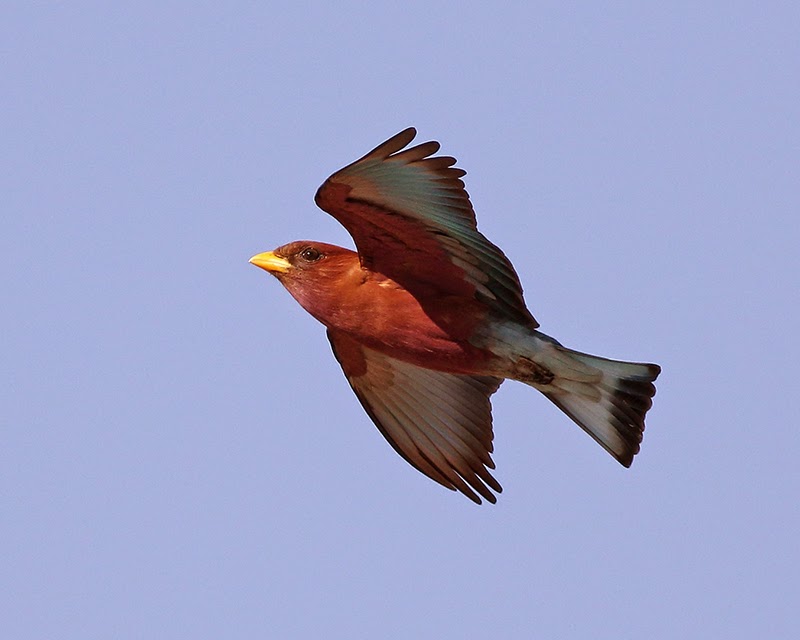 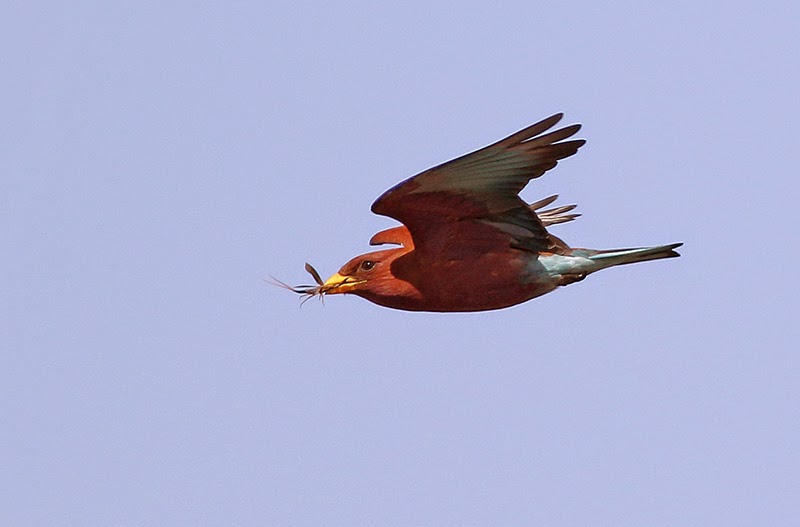 And along the side of the mangoes we got little bee eater. 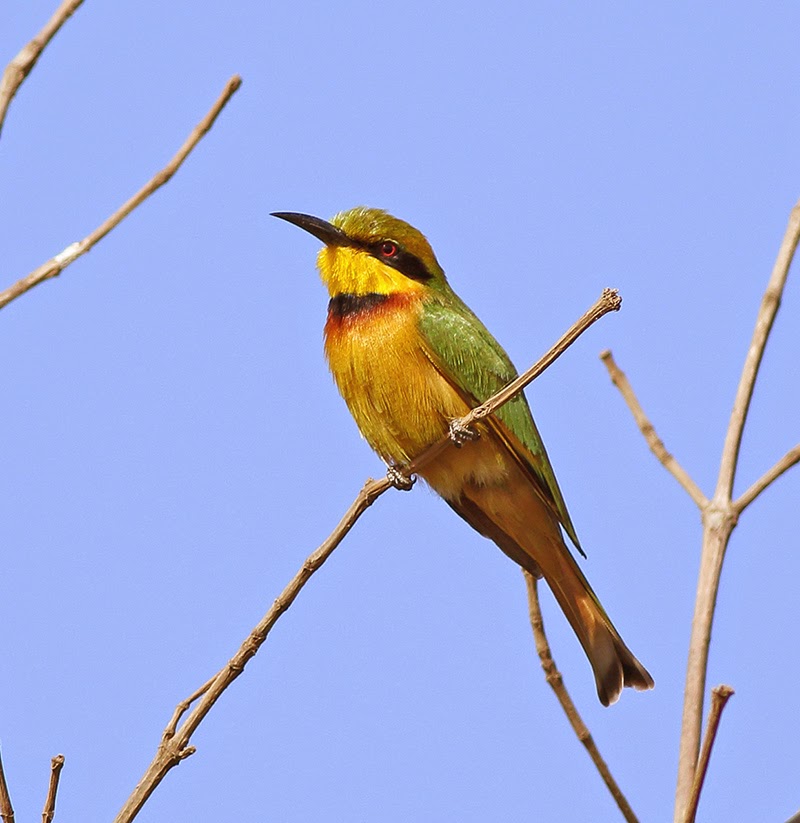 Then we walked the cycle track ( south from the bridge, taking the right fork towards the Palm Beech hotel where the road degenerates into the cycle track.). Lots of herons etc (all a little distant to photograph) but the best bird of this walk was a  rufous crowned roller - the only time I got to photograph one - though quite a few were seen during the course of the holiday as we were driving along. 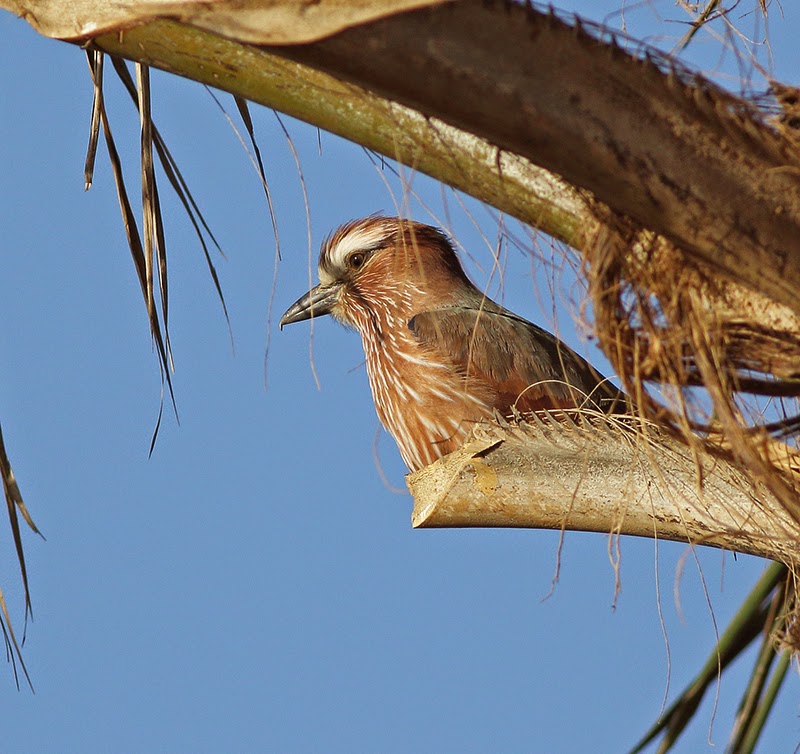 Finally on a pool on the south side of the track we had malachite kingfisher (another tick) though again too distant for anything other than a record shot.

Posted by Greater Kent Birder at 14:01