On January 30th I set off for The Gambia with Sandwich Birdtours along with 7 others. This was my first proper bird watching trip.  I'd always shied away from going on a proper organised trip through fear that the bird watchers wants/needs would be different to mine - theirs to get as many ticks as possible, mine to get the best images I could. And whilst I was told we lingered longer with some birds than is normal for a bird watching trip, for quite a few birds we had no more than a fleeting glance and no images were obtained. Also a group of 8, where 4 or 5 were trying to get pictures, is not conducive to a close approach to most species.
So why did I go?
I wanted to get "up river" and this was the only way that was going to happen. No way would I convince my wife, Angie, to rough it up river.
For the duration of our stay we were at the Bakotu Hotel, conveniently located near the famous Kotu bridge and "up river" we stayed at Tendaba and Janjanbureh (Georgetown).
Our guide for the tour was Tijan the Birdman (Tijan Kanteh http://tijanthebirdman.com/) who was both a great guide and great fun to be with.
Accommodation-wise the Bakotu is not the Karaba (where my wife and I stayed last year). The accommodation is pretty basic with no in-room facilities to speak of (fridge, safe, TV (not that I ever use them)) and most of the time the water pressure was too low for the shower to shower you.  In addition the rooms are packed quite tightly into grounds and whilst the free space is shrub filled, the disturbance from the residents and staff means few birds inhabit the grounds. Last year I got a host of pictures from around the hotel (same with the Senegambia) and a lot of the species I saw/photographed last year were difficult to find/approach in open countryside (brown babbler, yellow crowned gonolek, long tailed glossy startling, green wood hoopoe, yellow-billed shrike to name but 5), On the upside the Bakotu is much cheaper for food and drink (as are the surrounding bars and restaurants) - a beer being about 1/3rd the price of the Karaba.

We flew out Friday 30th and as we were disembarking 6 cattle egret were on the grass in front of the terminal building, black kites and hooded vultures could be seen some way off and just as we got on the coach 2 blue bellied rollers were spotted on some signs near the car park. I grabbed the camera and got back off the coach to the derision of some of the group ( we were waiting for others to arrive) getting some shots of the rollers on the signs and on the grass. After 5 minutes all the group were off the coach, the photographers clicking away at the rollers and the bird watchers scanning the sky and surrounding area picking up a very distant short toed snake eagle and red billed hornbill. 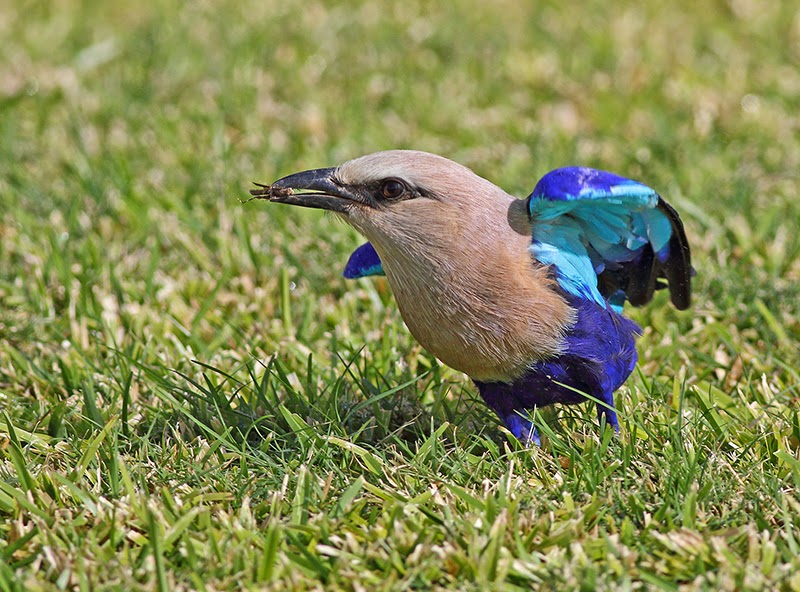 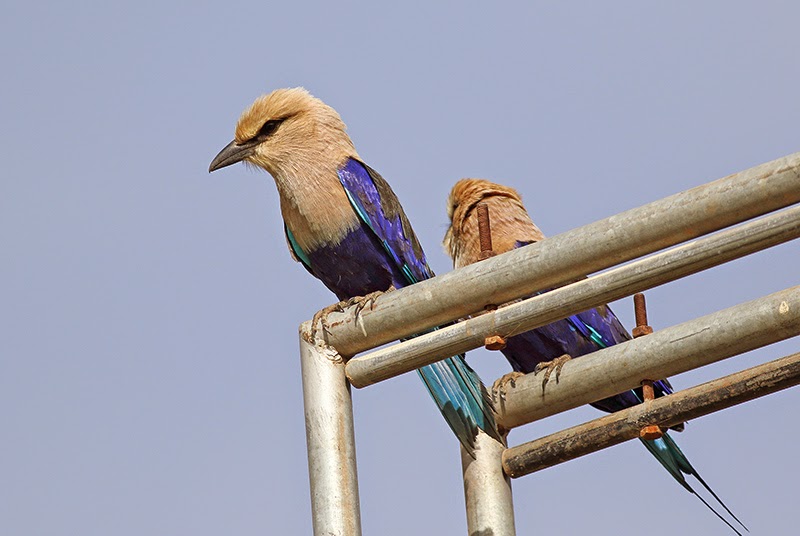 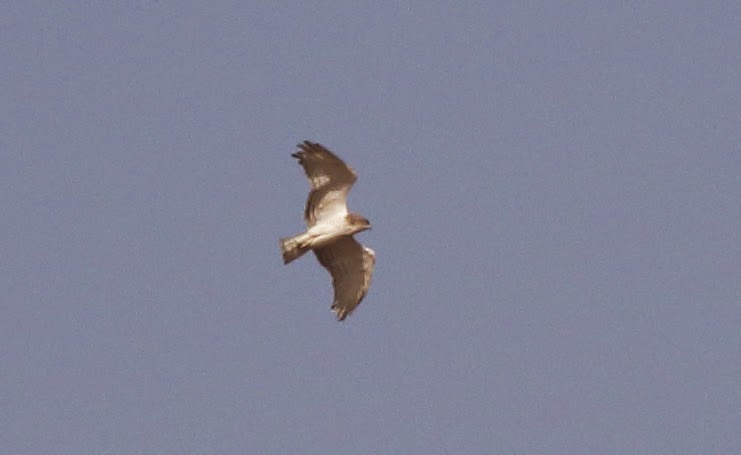 On arriving at the hotel we (Steve Reynaert and myself) dropped our bags in our room and went out straight away to look around. The only thing we saw in the garden was a family of black capped babblers but from the view point (from where you can see the Kotu bridge) we could see a number of Senegal think-knees, spur-winged plovers, wattled plovers and a blue breasted kingfisher flew into the mangoes. Whilst trying to find the kingfisher I bumped into Mustapha the guide I used last year. We had a chat whilst wandering onto the dried mud/sand (the lagoon outside the Bakotu only fills on very high tides, most of the time is is dry) and Mustapha pointed out a group of blue-cheeked bee-eaters. So off we went eventually getting quite close: 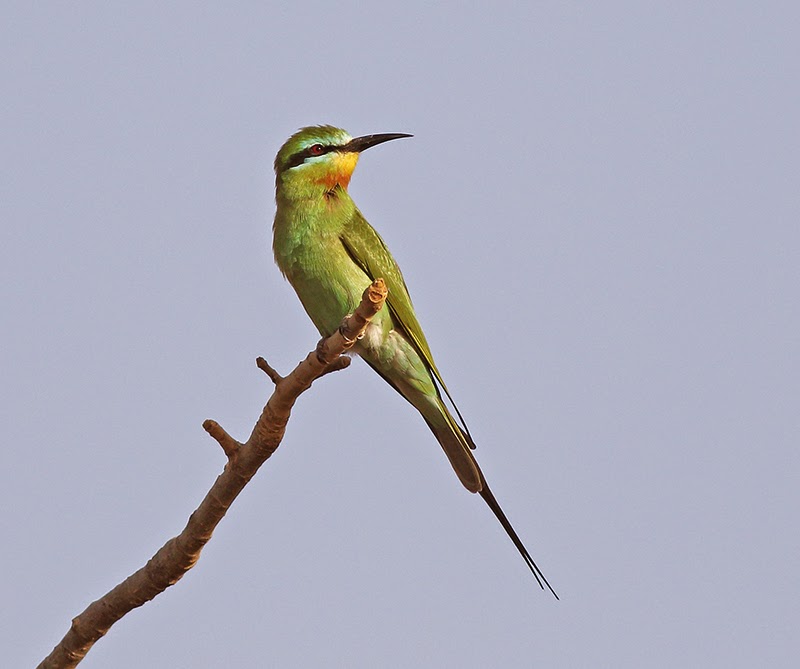 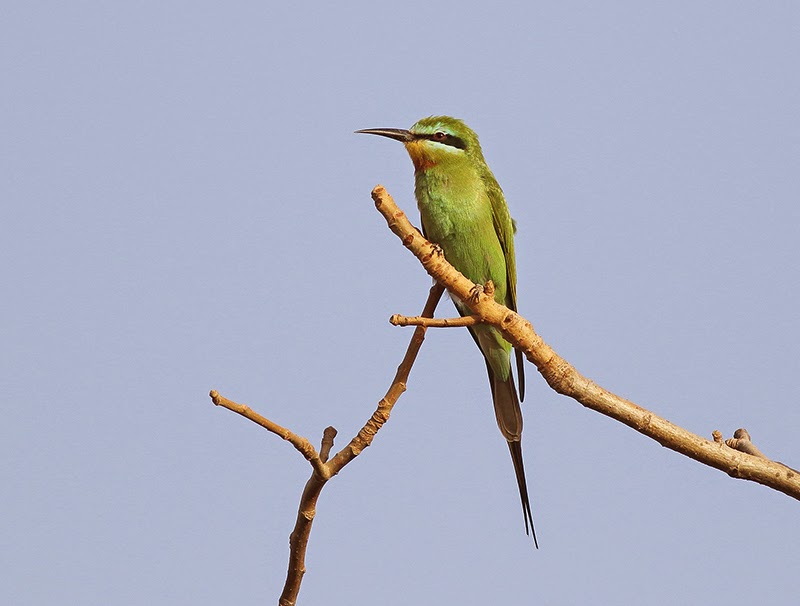 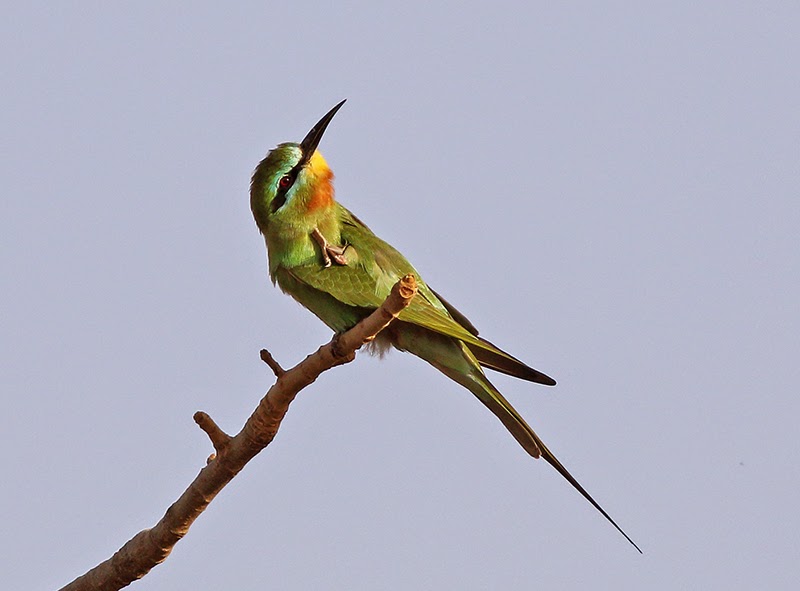 Once they had gone we set about the thick-knees and plovers before eventually walking over to the bridge seeing all the normal residents - pied kingfisher, western reef heron, great white egret, wire-tailed swallow etc and a palm nut vulture flew past as the sun was getting low chased by a pied crow. 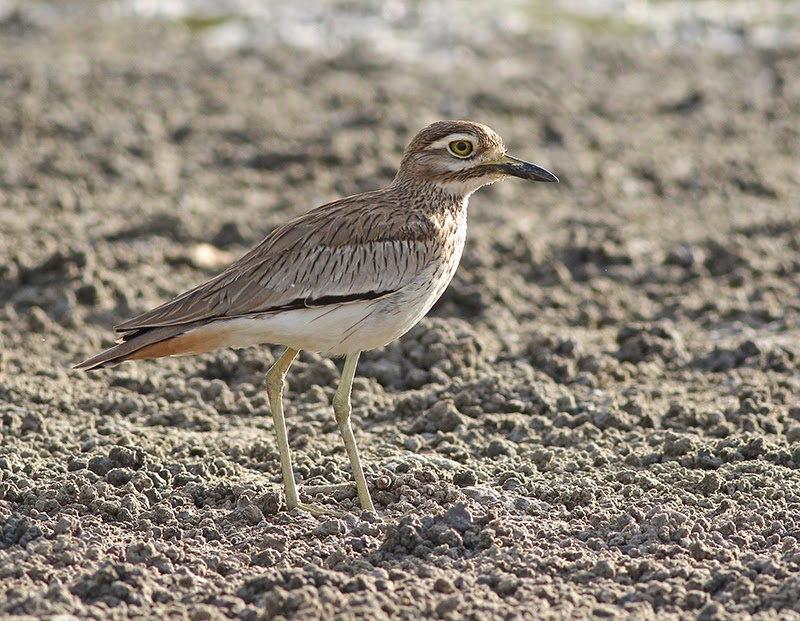 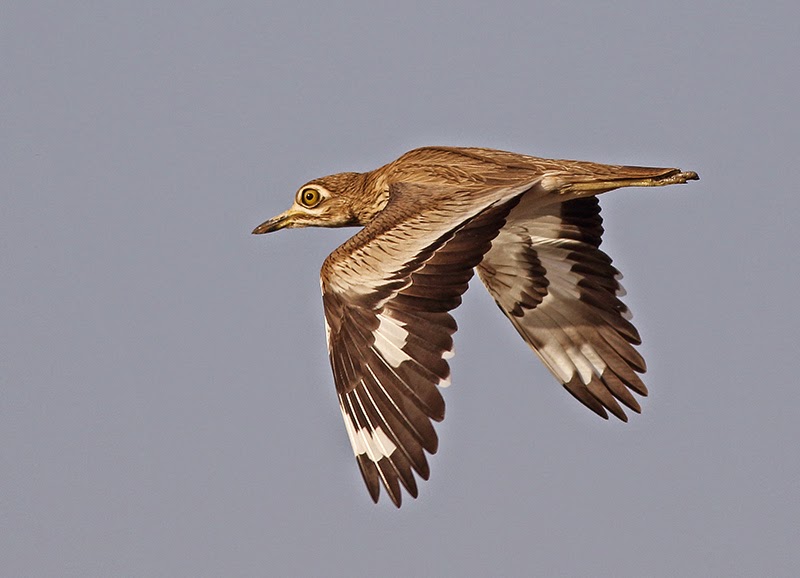 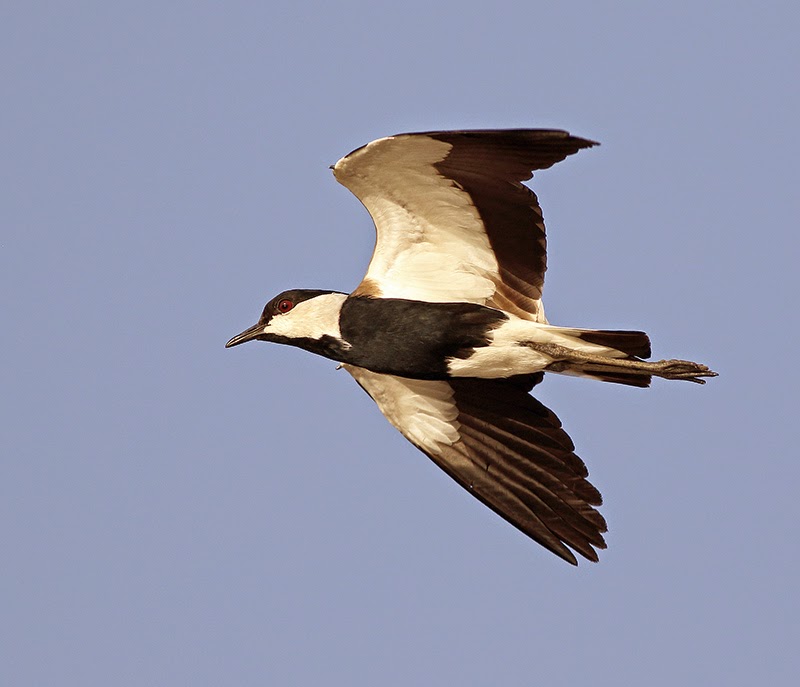 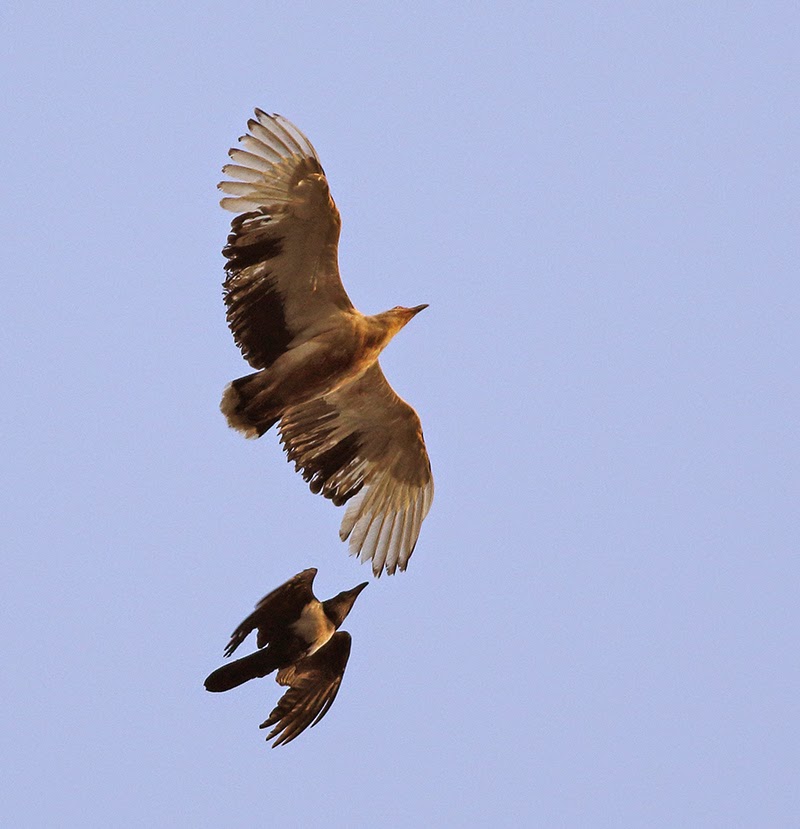 Then it was back to the hotel, a quick shower and dinner. All in all a very pleasant start with the blue-cheeked bee-eaters and the palm nut vulture being new to my Gambia list. (I had seen a blue-cheeked before but that was in St Margarets, Kent)

Posted by Greater Kent Birder at 10:04