Lunch was at Tanji Bird Reserve Eco Camp. As normal despite the orders being phoned through the lunch was very slow to appear. This was of little consequence to me as I was not having it. I settled down in a picnic chair with a beer in the arm pocket, the tripod/camera in easy reach (I only had to lean forward slightly) and situated between a couple of small watering  holes set up by the lodge staff and snapped away happily at the birds coming to the water.

The more exotic species included red-bellied paradise flycatcher, common wattle-eye, grey-backed camaroptera, little bee-eater, lavender waxbill, and a number of the common finches, weavers and doves and sunbirds. We even had poor views of a snowy-crowned robin chat, the only one we saw from memory, but unfortunately this stayed deep in the scrub and no usable images were obtained.


And all this without moving - well I did move a couple of times actually.....to get another beer and to go to the loo.
There is no doubt that large hotel/eco camp's gardens are superb places to photograph birds - the number and variety of birds can be large and they are used to being in close proximity to human.(See last years trip report where Angie and I stayed at the Karaba Hotel http://greaterkentbirder.blogspot.co.uk/2014/02/gambia-bird-watching-intro-and-day-1.html)

By the time lunch was finished the afternoon was drawing on and there was no time to look around the reserve itself so we went straight to the beach by the fishing boats. It was pandemonium – people everywhere, a host of boats hauled up and hundreds of birds - the beach was alive with gulls, bar-tailed godwits and terns. As always when we first arrived the kids flocked to us but my normal tactic of saying hello then looking down the camera pretending to be busy meant I wasn't pestered for very long. 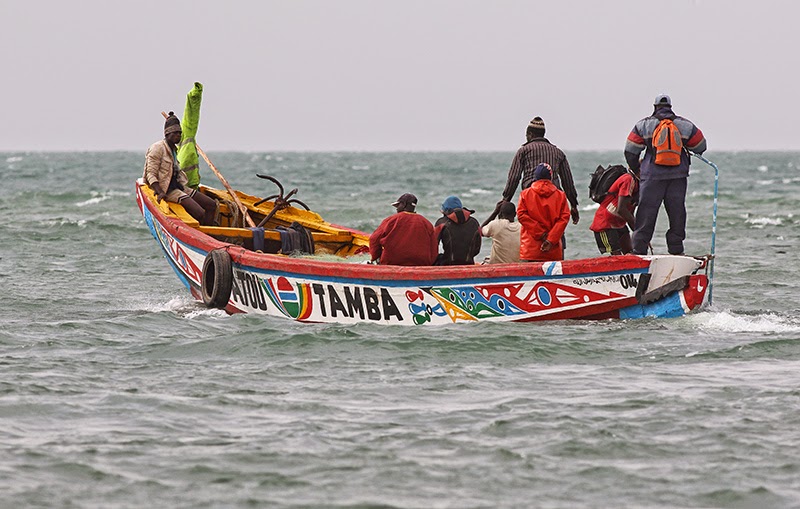 Again the group fragmented with some going to see what fish were being landed, some trying to find a Cape/Kelp gull and some (like me) enjoying some quality time with the birds on the shore-line, filling up memory cards on ridiculously close encounters with slender-billed and grey headed gulls, and bar-tailed godwits.
As with the woods the best approach was actually not to approach at all but to find a bit of beach they wanted to be on (ie near a discarded fish), stand still and be patient. Eventually they would work their way along the shore-line to you, at times coming so close you had to back off to keep the whole bird in focus. 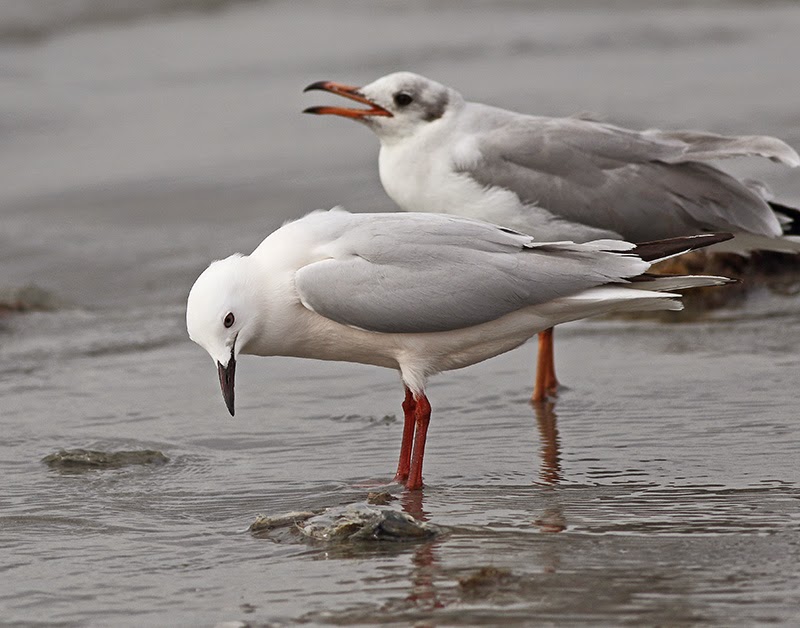 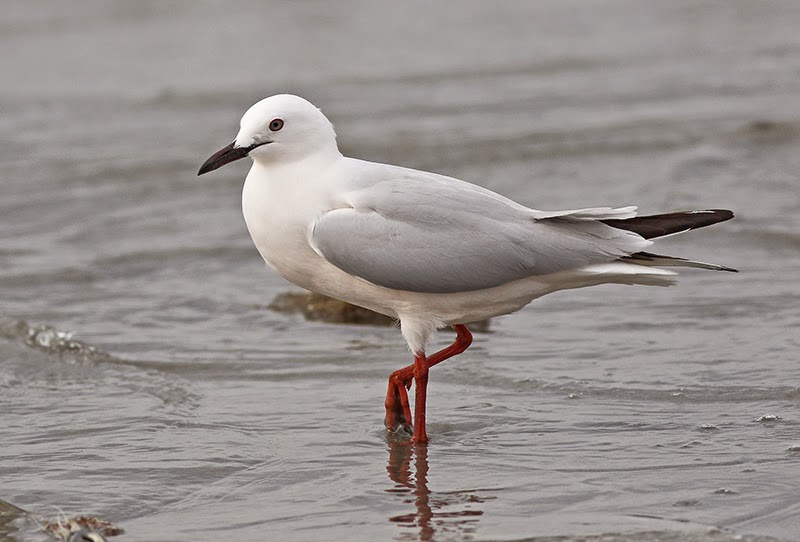 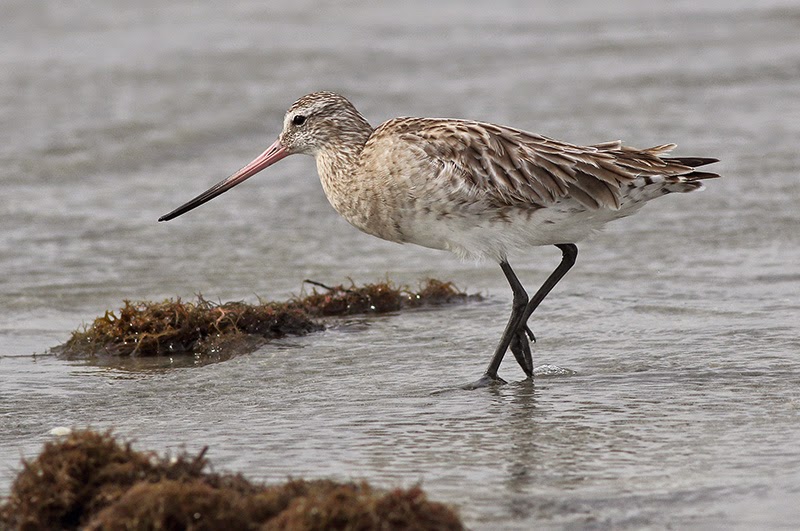 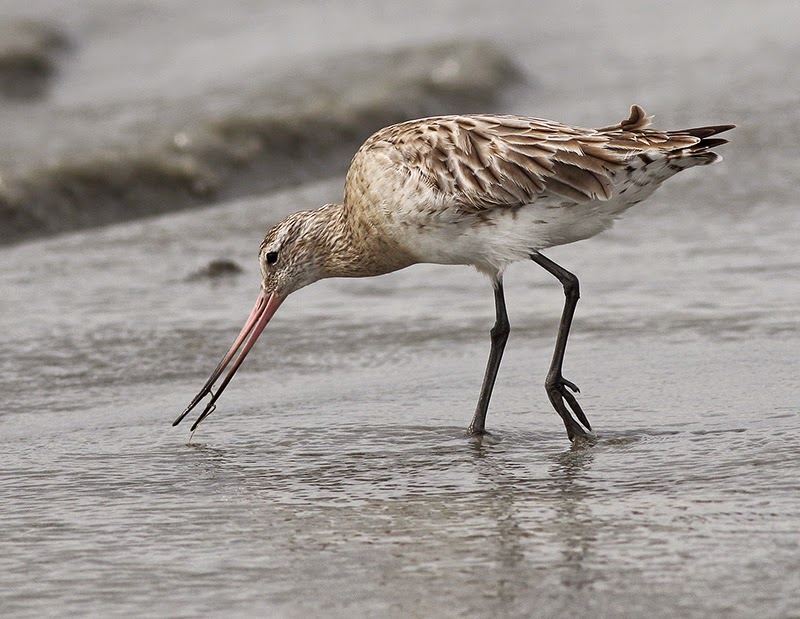 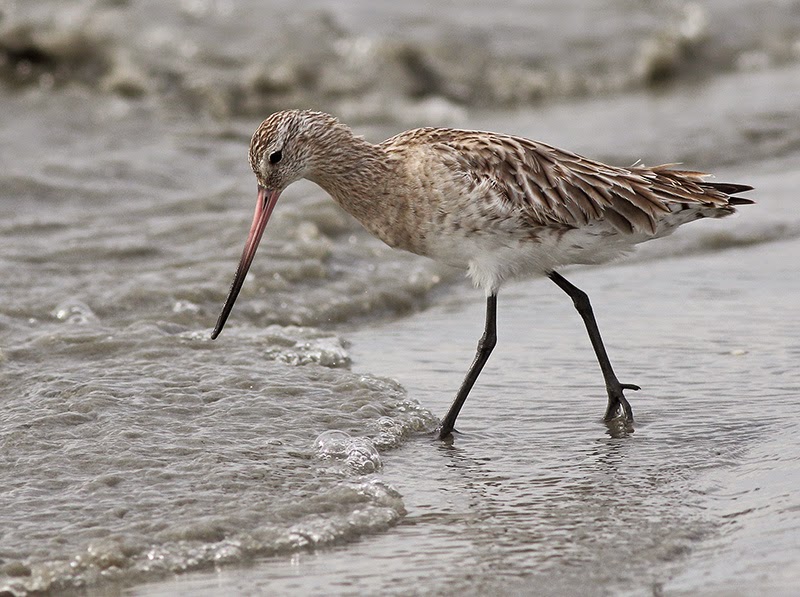 There was also a small flock of pink-backed pelicans just off shore but other than a few quick shots these remained largely ignored.

All in all a brilliant day and all re-lived the last few days as I've been going though the hundreds of shots taken!.
Posted by Greater Kent Birder at 15:27