Kartong is adjacent to the Senegal border where a nature reserve is being established and a ringing course was being run (the bird observatory is actually marked on Google satellite view). Several of the group were interested in ringing so we went down – to see the ringing, have a wander around the reserve and to have a river trip.
The drive down was very productive on the raptor and roller front with us seeing lots of blue bellied and Abyssinian rollers, a long crested eagle, harrier hawk, grey kestrel and dark chanting goshawk to go with the shikra seen at the hotel.  As always we saw black and yellow billed kite.


Ringing is what ringing is but we did see western olivaceous and subalpine warblers in the hand as well as a few local species.

The walk (open dry scrub and low trees behind the beach) yielded several woodchat shrikes, numerous blue cheeked bee-eaters plus a sulphur breasted shrike and a tscharga both of which I failed to see - I could see something moving in the back of the bush but I couldn't discern any details. Unfortunately this turned out to be quite a common occurrence – trying to get 8 people onto a shy bird is not easy especially if like me you tended to be the tail-end Charlie because you’d been trying to get some shots of blue-cheeked bee-eater that were flying about or a sunbird or two.

Also during the walk we found a grey-headed kingfisher (the only one of the trip). This did sit still and whilst Steve and I managed to close the distance a little it was still too far away and the lighting conditions poor. 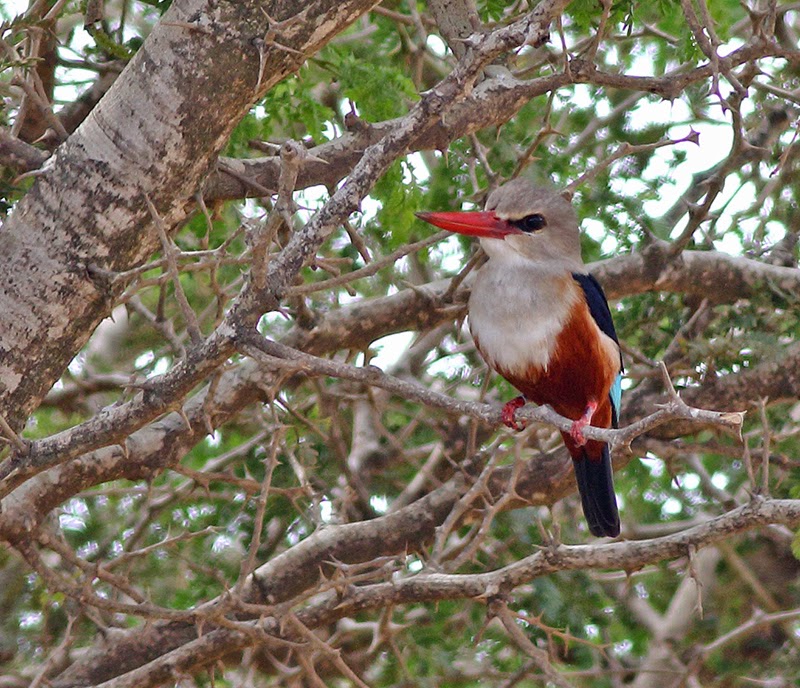 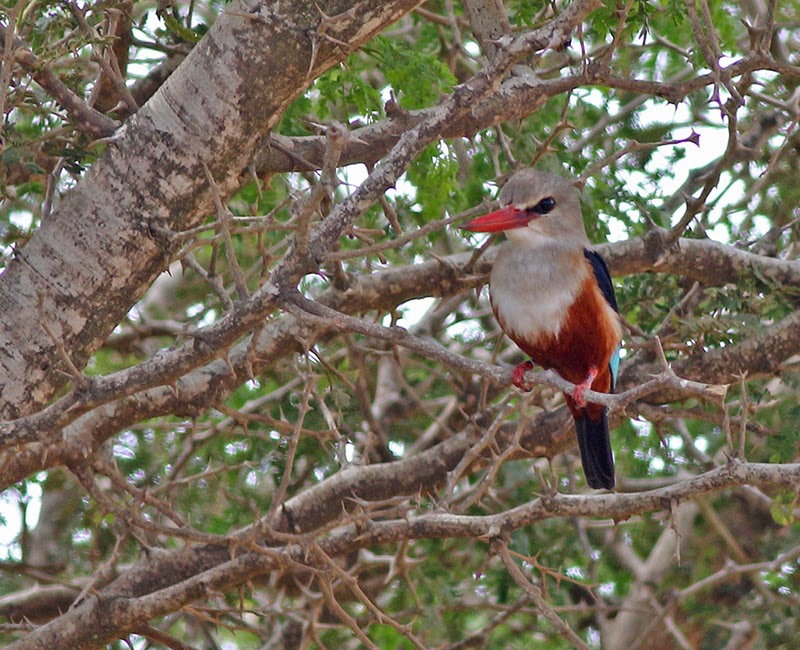 The walk did include a session on the beach where we looked, in vain, for a reported Hudsonian whimbrel but we did stumble across a white fronted plover. I'd  spotted a small wader and got the camera onto it before I realised it was a small plover which was when I alerted the others. I started taking shots but had only managed a couple of pictures when it took off like road runner not even stopping when it noticed something overhead. Not great pictures but pleasing to get something as this was the only time we saw one. 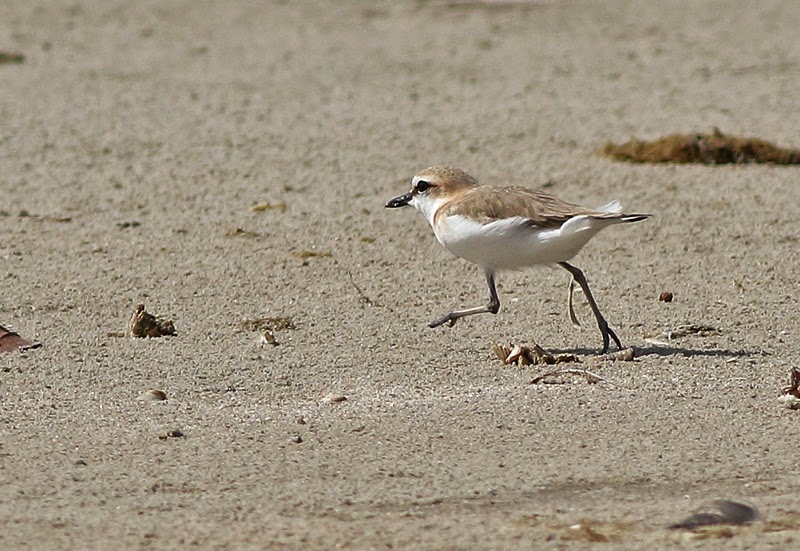 I heard a warbler calling (possibly a subalpine by the call) and whilst waiting (in vain) for it to emerge I amused myself with some Namaqua doves. These were not seen around Kotu but everywhere else they seemed one of the most common of the doves.

After the walk we had some lunch by the river where a whimbrel came close as it fed on a small jetty on a discarded bread roll and a flock of mixed finches were close to the coach and were coming to drink from water dripping from some sort of refrigerator behind the kitchen. 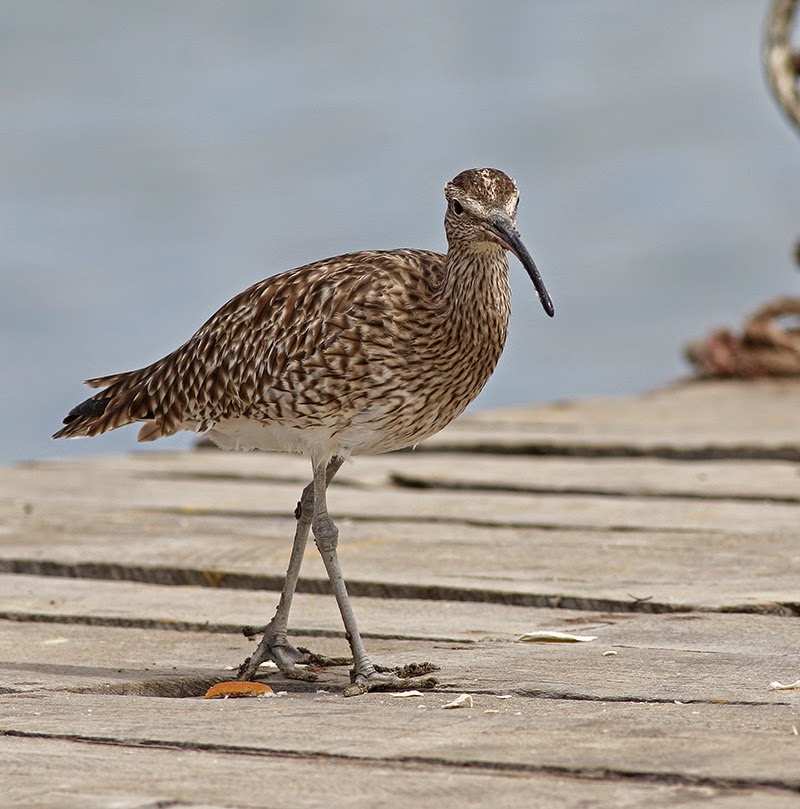 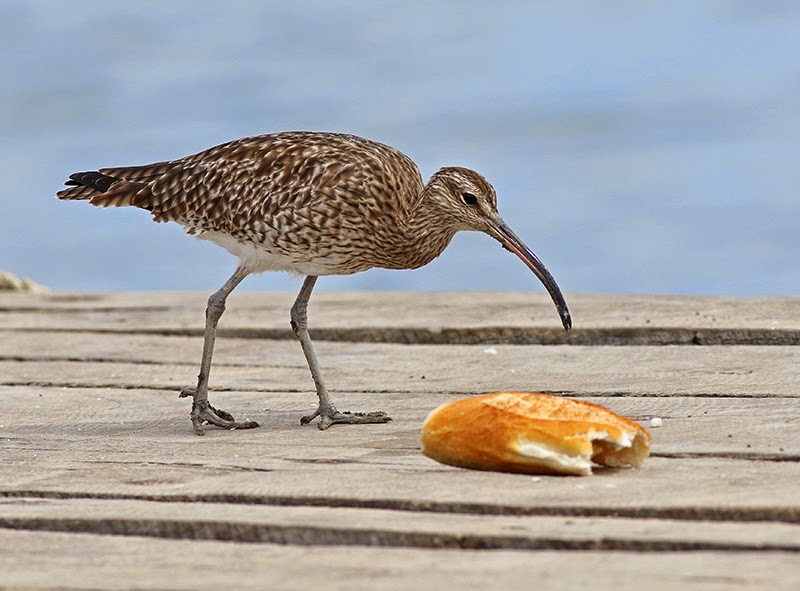 Throughout the 2 weeks most of the places we went to lunch were expecting us, the orders were phoned through in advance but always, without fail, it still took a couple of hours for the food to arrive! Hurrying is not part of the Gambian psyche.   However as this was always during the hottest part of the day and the birds had gone quiet I suspect no real damage was done. I tended to not have lunch and normally found a shady place to sit and wait for some birds to come in range of the camera.

The boat trip started with us going downstream to some sandbanks (these too can be seen on Google satellite view just down-stream of the “local border crossing” into Senegal). The sandbanks held good numbers of Caspian, what I now believe were Royal terns and a few Sandwich and gull billed terns. my problems were 2 fold, I expected to see lesser cresteds but it seems Royals are the more common and from the field guides I expected the Royals to be close in size to the Caspians but in fact they were significantly smaller (American Royal terns  (which I have seen) are bigger than African). Unfortunately I didn't get a decent shot of Royals, Sandwich and Caspians together.

On the gull front there were the normal grey headed gulls and I suppose 40-50 slender billed gulls – the latter being a new bird for me. Whilst I took loads of pictures most were rubbish what with the movement of the boat, not being able to control the light direction and having to constantly twist to get on a bird as the boat swung in the flow of the river and the breeze. 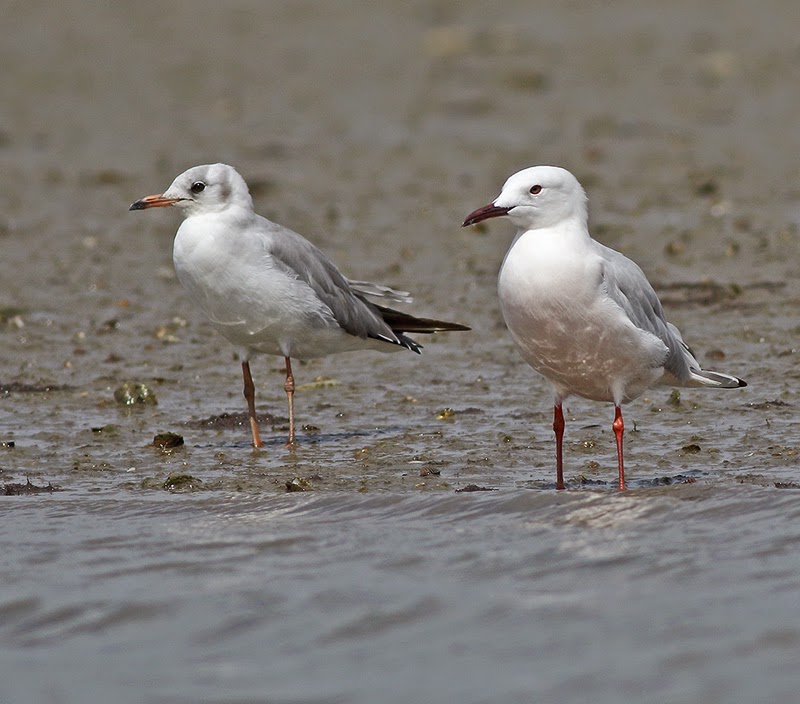 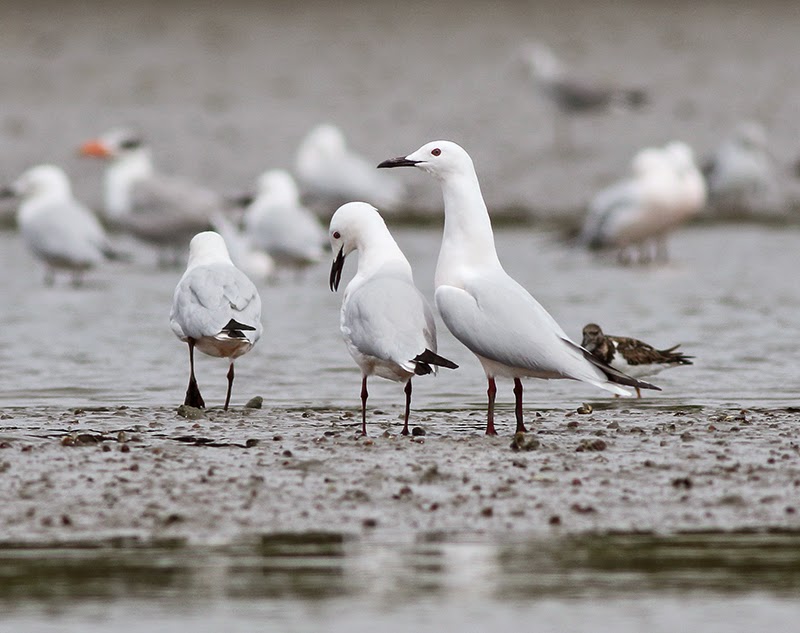 Behind the gulls, on a small inlet, were a small flock of pink -backed pelicans. After the tern fest we moved upstream and into some mango lined channels. This was actually quite disappointing with very few birds seen though we did pick up African darter (new tick), malachite kingfisher (too distant and small to photograph), purple heron and saw several ospreys. 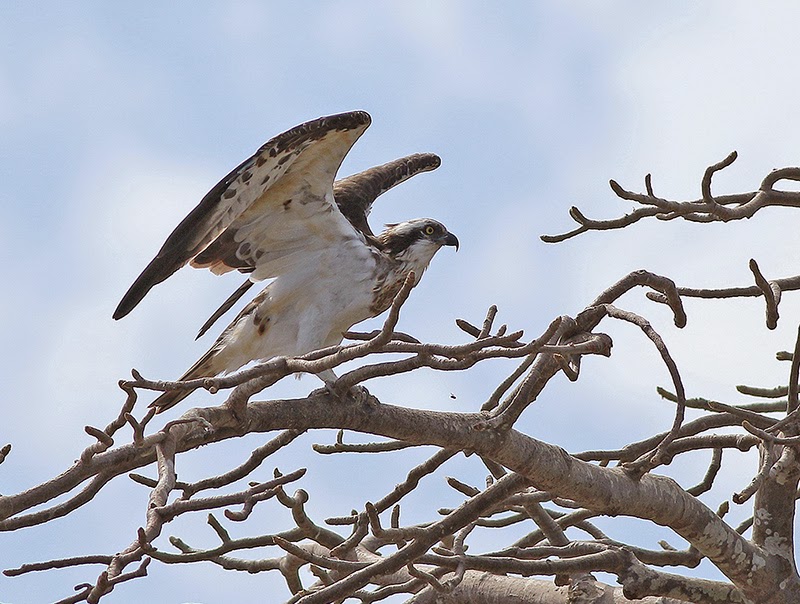 On the way home we stopped off at some fields situated behind a housing development to see black headed plover and also seeing African wattled plover.

Posted by Greater Kent Birder at 20:38