Well a cuckoo actually. A juvenile that had been present at Kingsdown for a few days.

I'd not seen it during the next day or two so was rather surprised when I arrived on site to find Steve Raynaert taking photos of it high up on the cliff face.
Most of the cuckoos being tracked by the BTO are now south of the Sahara with the first arriving there on the 11th July! The birds being tracked are all adults however so just how late this juvenile is in departing I don't know.
http://www.bto.org/science/migration/tracking-studies/cuckoo-tracking
The good news is that it is finding plenty to eat in the form of caterpillars feeding on the sea kale. It flies from clump to clump and within a few seconds finds one. I must have seen it eat over 20 whilst watching it this morning. 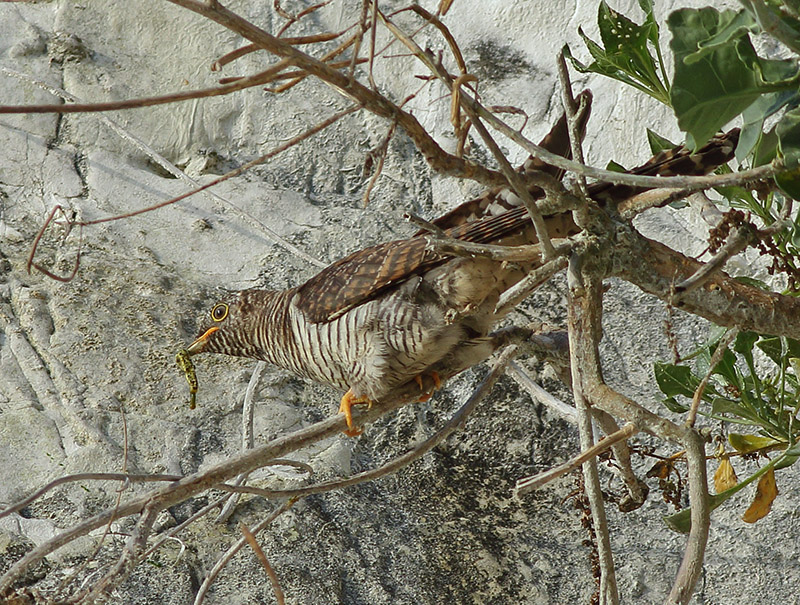 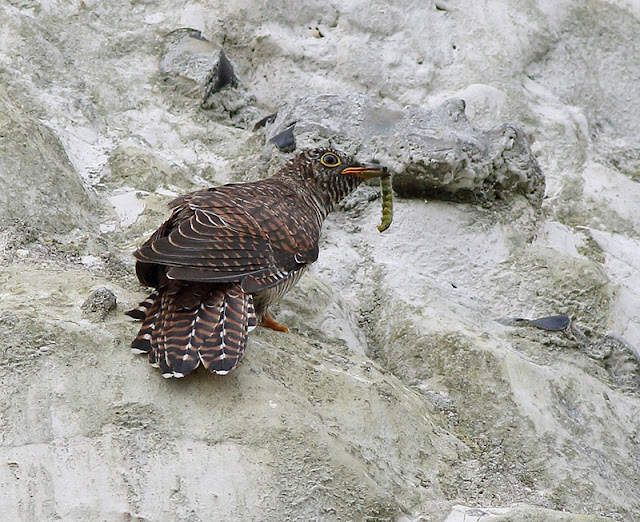 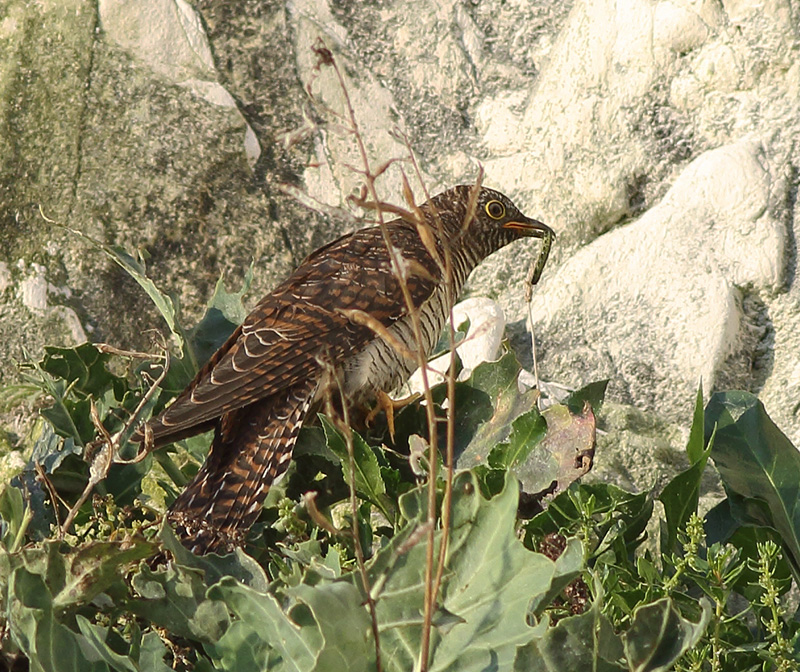 Steve and I watched the thing for about an hour as it moved around the cliff face though most of the time it was pretty high up and would be very easy to miss. Occasionally the jackdaws took exception to it and chased it around for a minute or two. 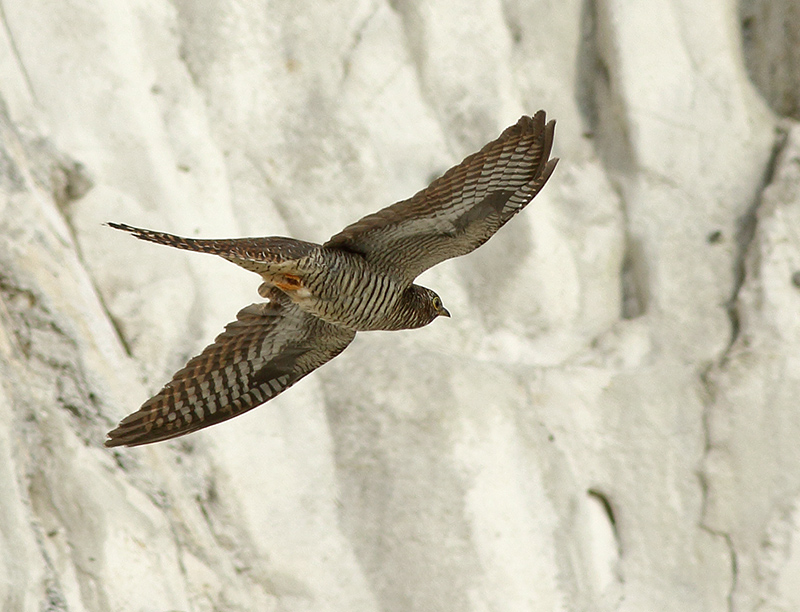 Eventually we lost sight of it and Steve went off to search for hoopoes and I went to have a look around the public loos for warblers etc finding chiffchaff,  willow warbler, blackcap and lesser whitethroat.

I don't have long on Saturdays so by the time I'd finished at the loos I only had a hour or so left so I went back to try again with the cuckoo. A very good decision as it turns out.

I re-found it on the fence (another shot to add to the numerous species photgraphed on this fence) then it moved onto the cliff face to continue feeding this time quite low down. 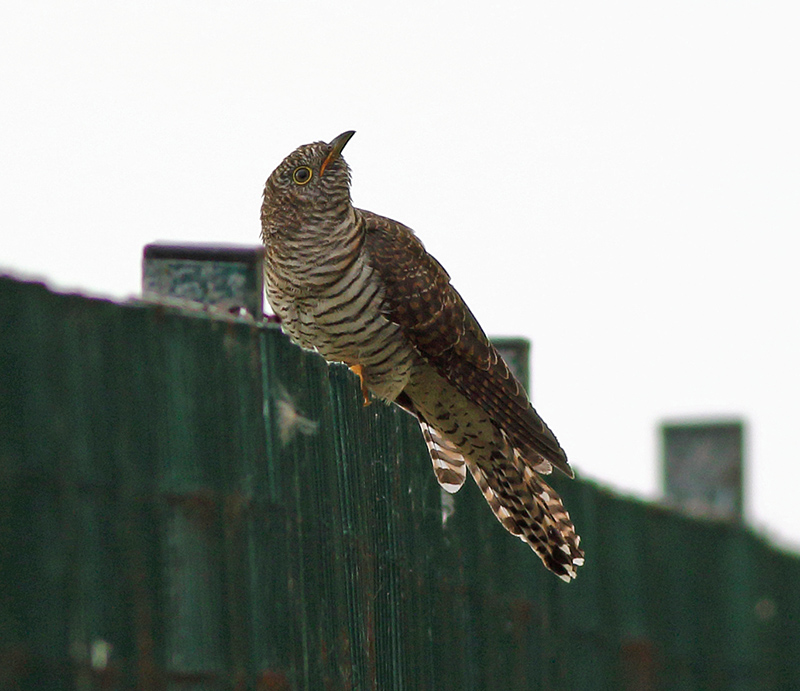 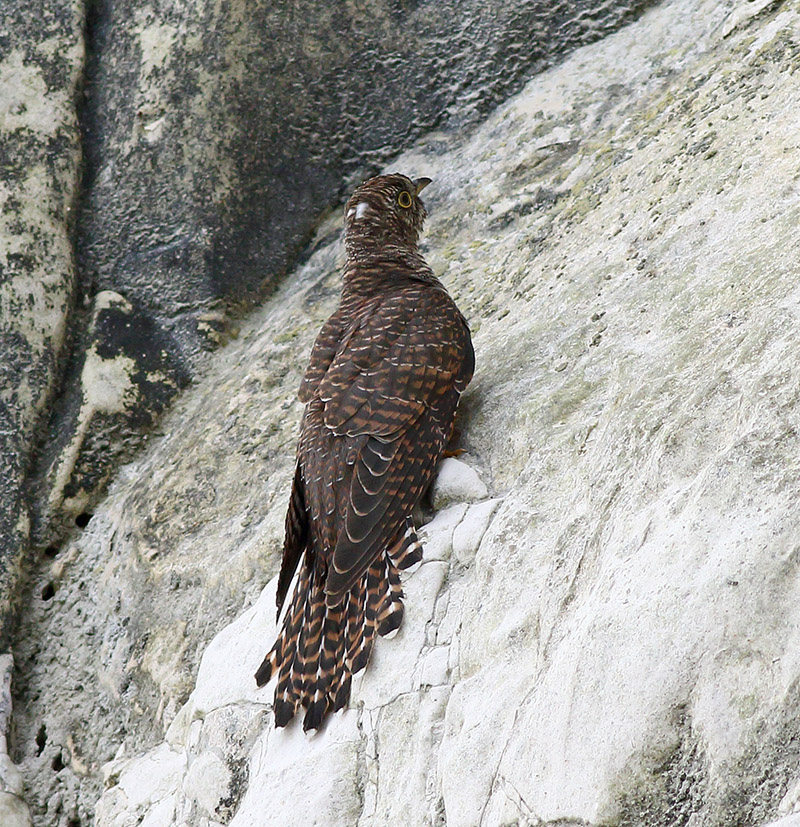 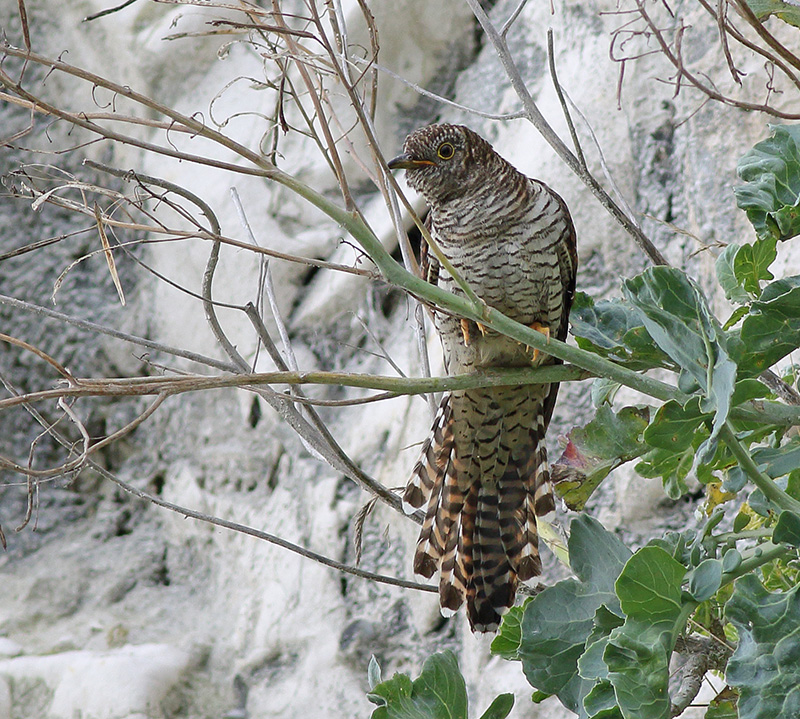 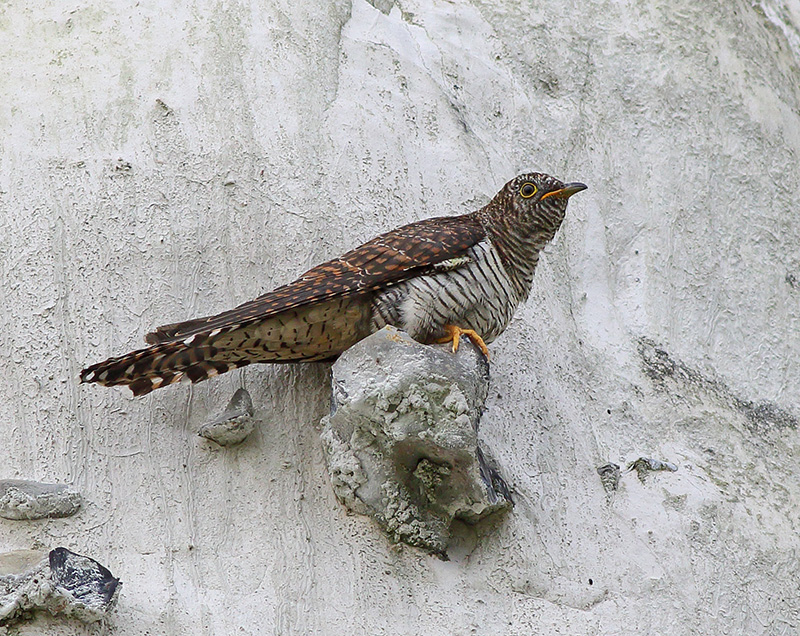 I didn't see it today (Sunday) though I did find a spotted flycatcher near the loos.
Posted by Greater Kent Birder at 20:44