Whilst we see buzzards in East Kent they are still not that common bird (in most areas) and the sighting are normally restricted to seeing them high in the sky as a consequence they are, to me,  as important a part of Grigrin as the kites.
This week there were not a lot around – 5 or 6 perhaps - but normally there was one or two on the grass 30 or so yards or so from the viewing hides and occasionally one would do a fly past. Since they normally fly straight and at constant speed they are easier to get a shot of than the kites. In addition the full range of the colour morphs were on display allowing you to look at the variations at close range.
Dark Morph 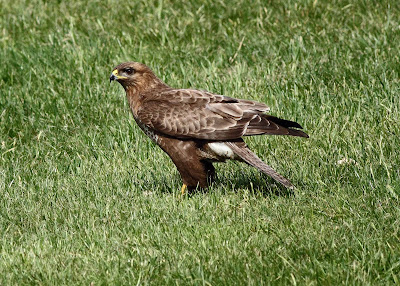 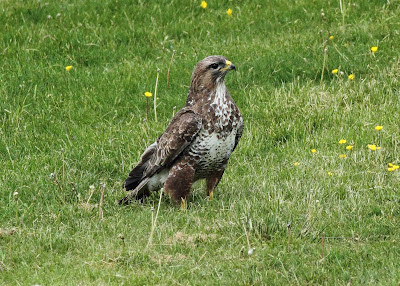 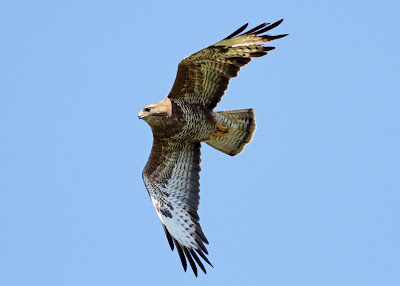 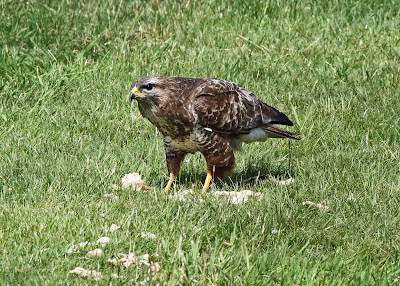 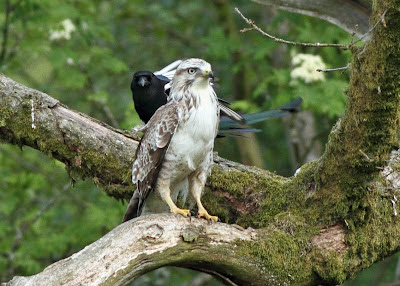 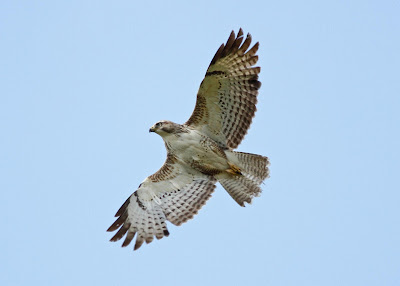 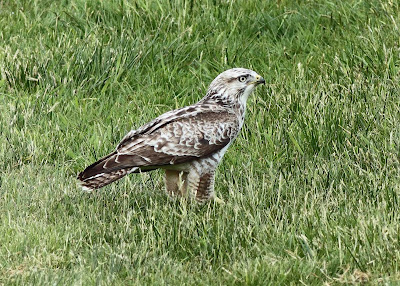 The light morph was especially striking though the pale eyes means this is a juvenile, another indicator of it's age being the comma on the underwing instead of the carpal patch of the adults. This bird seems to be paricularly pale compared to the illustrations in my Collins.
Raven numbers were also low with only 2 (I think) being present and normally distant this one being the exception. 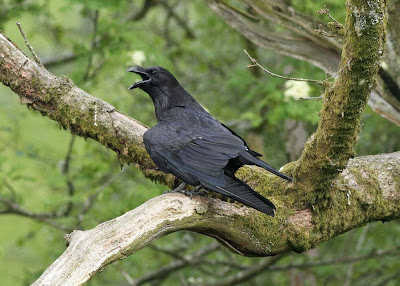 Posted by Greater Kent Birder at 16:02