This last week was the annual outing of the Steve Ashton Photographic Tours  and this year the Guru (as he likes to be called when we are away) took us back to Elan. All his normal followers were there – Mike Gould, Alan Ashdown and myself plus 2 new acolytes Tim Gutsall and Pete Hemmings (though Pete did stay in the same hotel as us last year at Skomer).
As normal red kites played a significant role in the week with Gigrin being visited twice by the team (though only once by myself) and we also had another go for them at Bwlch Nant yr Arian (http://www.forestry.gov.uk/forestry/INFD-8FAR9P). Nant yr Arian is undoubtedly a lovely place to watch kites but for the hopeful photographer Gigrin is the better place. The rest of the week was spent in the Elan valley and at Gilfach with dippers, redstarts (common) and pied flycatchers being the main quarry.
So if you have no interest in the above destinations or species don’t bother looking at the next few posts.
We drove down on Sunday 27th in glorious sunshine and arrived in good time to take in Gigrin in glorious sunshine. Kite activity was very low prior to the food being put out but once the dinner going had sounded we enjoyed the normal sight of birds swooping down plucking meat from the deck.
Photographically it was a bit of a challenge due to the wind direction – it was into our faces meaning the birds were often flying away from us as the swooped down for the food. The bright sunlight also meant a lot of shots were compromised by deep shadows across the birds but a few reasonable images were obtained from the 600 or so pictures I shot. Despite the bright sunshine the Exif data most of the shots was around 1/1200 sec f5.6 and ISO 400 which seems to be insufficient speed to routinely capture the action especially if you are trying to capture the birds and they swoop My lens also lack IS which may have compounded the problems..
Buzzard numbers were very low this year (only 3 or 4 I think) with them being on the floor most of the time and few close flybys. Raven numbers were also low – only two being present (I think) but I’ll deal with both these species in a later post.
Some action shots from Gigrin: 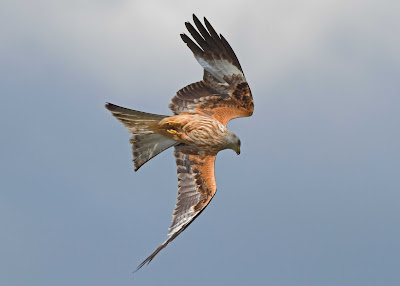 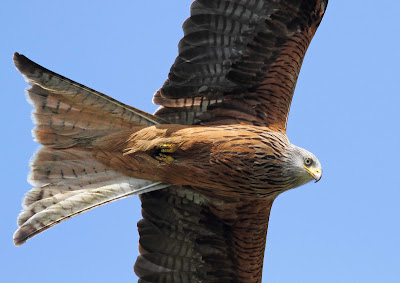 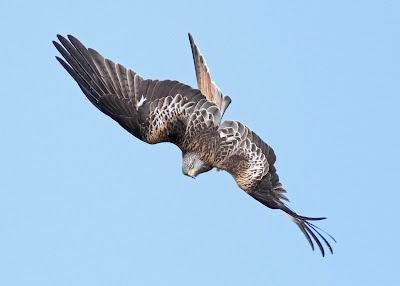 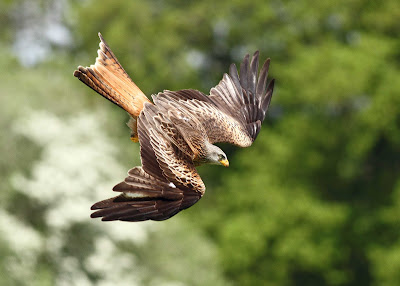 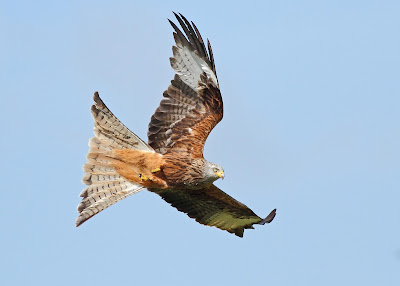 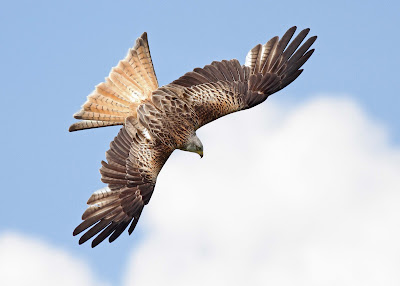 Some pictures from Nant yr Arian

The setting at Nant yr Arian was superb but the kites are further away than at Gigrin and you are often trying to photograph them against a complicated background of trees and with my set up I found it very difficult to lock onto the birds. Mike said he had no trouble so I look forward to seeing his efforts. The kites are fed on the opposite side of a small lake and on occasions they drop the meat into the lake which means you are treated to them plucking it, osprey like, from the surface. I tried on numerous occasions to capture this but never got the timing and focus right in the same shot!
The birds here also were more agressive with each other prefering to fight for a scrap of meat rather than pick a bit up for themself.
So that's it for the kites for this year.
Posted by Greater Kent Birder at 07:33