Today started at the scrape with it raining gently. Not much has changed over the last few days other than the ruff has finally disappeared (south I assume) as have the little grebe chicks, though these seem to have gone down the throat of the heron.
Around 9.00 the rain stopped so I went to the Elms in hope of something good. There was – a spotted flycatcher (I’m easily pleased).  I came across it on a twig with deep shadow behind it giving the images a pleasing look. Several times it flew from the twig hunting but returned allowing me to adjust the camera settings each time – due to the dark backdrop I had to under-expose by minus 2.5-3 stops – I’ve never had to do that before. 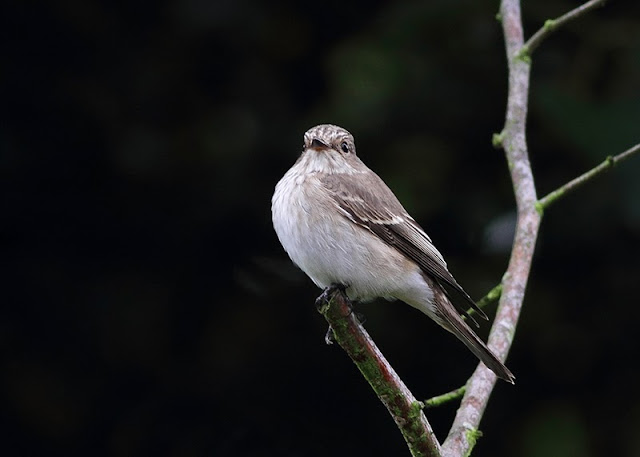 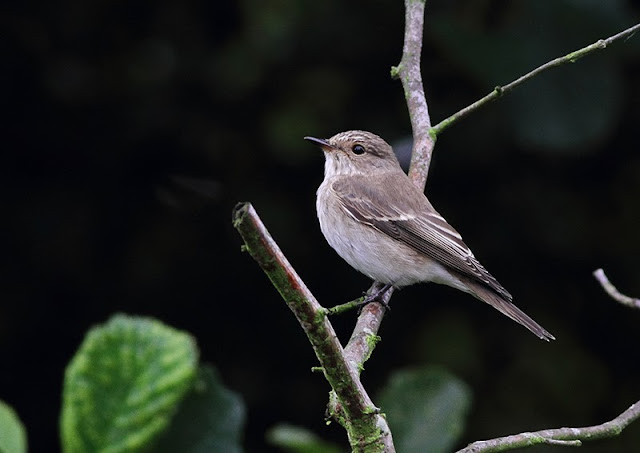 After it moved off I did manage to relocate it on the north side of the Elms but I never got close again. It then started to rain seriously so I retired to the Obs for a coffee and a chinwag. It seems the Obs are going to be organising a lot more trips in the future so keep an eye on the website as to where they are going.


Around 3.00 this afternoon the rain stopped so I ventured out again. No sign of the spot fly in the Elms but I found a garden warbler in Middle Field and 7 whinchats along the Ancient highway track.


They then moved into the brambles by Dickson’s Corner but as normal they never let me get closer than 35-40 yards but nice to see.
Posted by Greater Kent Birder at 19:22