Our first full day at Nuwara was spent on a trip to Horton Plains to visit Worlds End and hopefully see some new hill species. To get to Worlds end involves quite a long and at times very strenuous walk - especially when carrying all your camera gear. We did see dull blue flycatcher,  yellow-eared bulbul and even the local version of the peregrine, the Shahin (peregrinator) but as far as bird photography goes it was pretty much a non event. There were hundreds of people everywhere, even before dawn, and the track was crowed and very noisy with groups up to 50 strong insisting on "talking" to each other even though they could be 50 yards apart. The views at Worlds End and Little Worlds End were impressive though and since this was a holiday rather than a bird tour it was worth the effort..

We did see a lot of paddyfield pipits, zitting cisticolas, hill swallows and  pied bushchats but only the bushchats allowed us to get reasonably close.


Towards the end of the walk, as we were getting back to the visitor center, we found what looked for all the world to be a tawny pipit, a rare vagrant to Sri Lanka, but unfortunately no pictures to back this up.
I was later told that the best birding was to be had near to the ticket office and visitor center. The walkers all disappear to Worlds End leaving these area quiet. It would have been nice to know before hand but then again we were there for Worlds End so it wouldn't have made much difference.

We did two further outings from Nuwara Eliya - the first to see some (more) waterfalls and the second to visit Hakgala Botanical Gardens. For both of these we were driven by Paul who runs Green Forest Tours and Travel (www.greenforesttours.com) and was excellent value and company.


When we visited Hakgala Gradens the ladies wandered off to look round the gardens whilst Pete and myself went in search of flycatchers. I'd been told I needed to find the rubbish tip  - done by keeping as far left as you can on entering the park. A group of macaques were in residence when we got there but the general area seemed pretty bird rich compared the park proper. Very soon we came upon the reason for going - a grey-headed canary flycatcher that most of the time was completely indifferent to our presence. 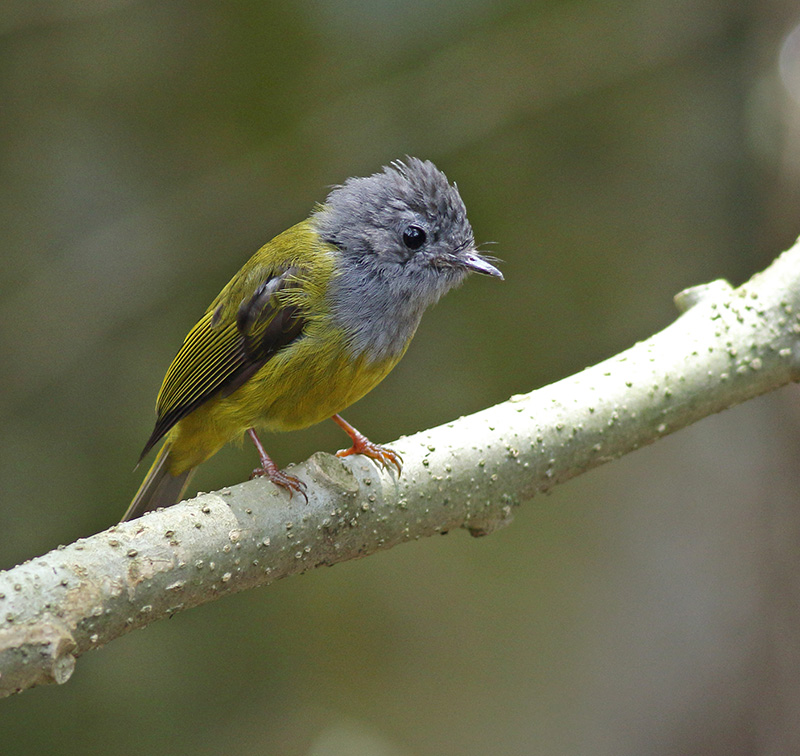 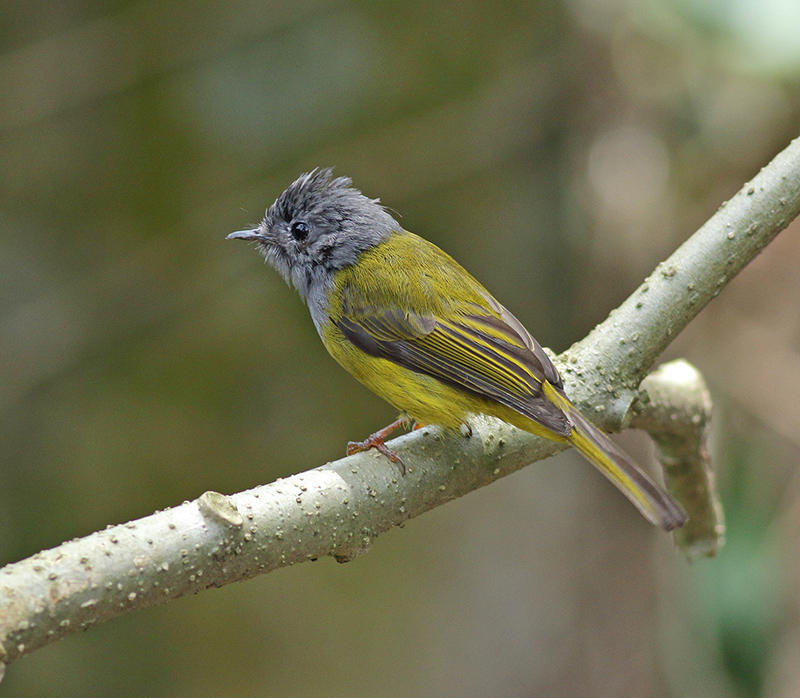 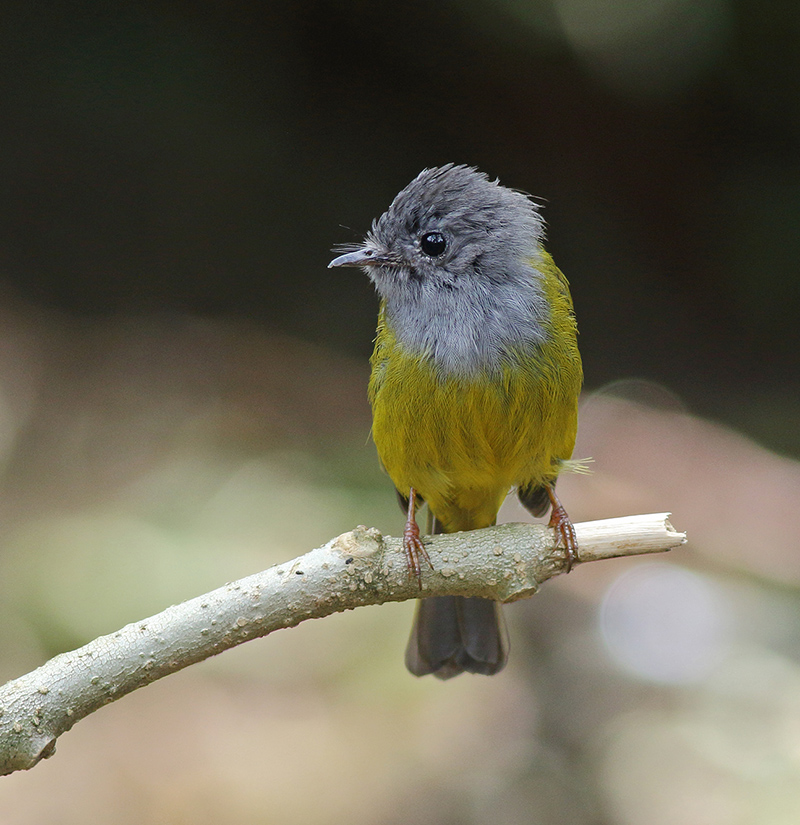 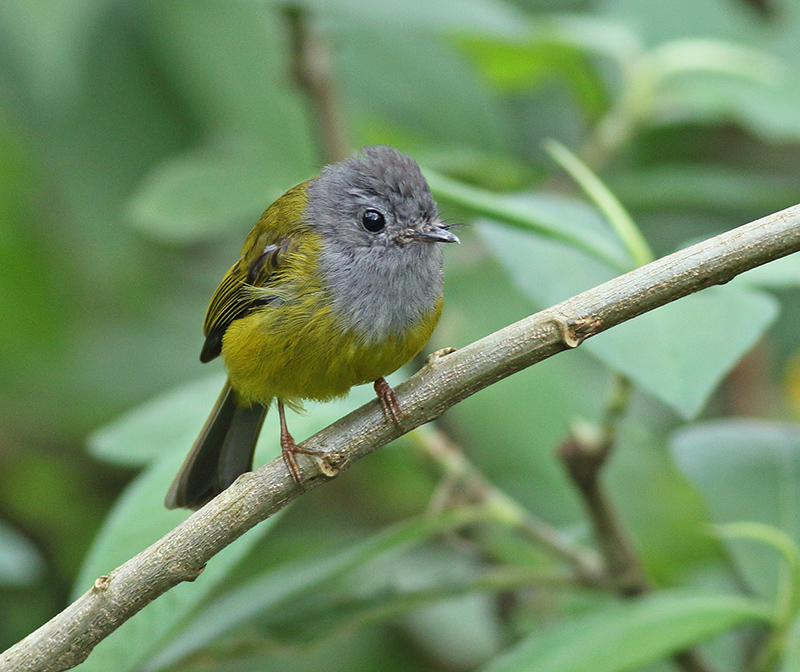 In the same area we came across a very noisy flock of black bulbuls, a couple of great tit (Sri lankan style)  and a little later we found several dull blue flycatchers though they were always very mobile.


We met up with the ladies for some refreshment and on the way out we took them to see the canary flycatcher. I can't remember what it was we were looking at at the time but I spotted some movement high under a tree and noticed a reddish throat.........it took me a few moments to realise what it was I was looking at .......a Kashmir flycatcher!
We tried for quite a time to get some shots but it would not cooperate - the ladies not totally appreciating what the fuss was all about and standing around waiting.......impatiently. 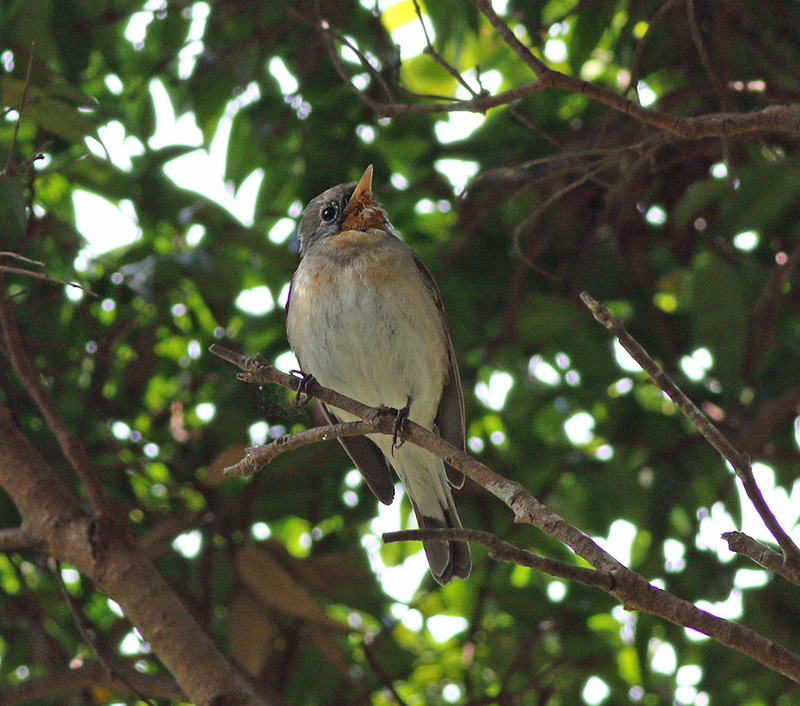 Eventually we called it a day and showed the ladies the canary flycatcher and whilst there a yellow fronted barbet put in a show.

So a great 3 hrs though I'd failed to find a yellow-eared bulbul. Still you can't have everything and we'd had a excellent 3 days in the highlands and the weather had been brilliant - sunny and warm everyday despite the forecast (before we departed) saying we were going to have wall to wall rain for our entire stay.

One further incident occurred in Victoria Park that was to have a beneficial effect on the Yala leg of of our trip. Pete and I were looking for the pied thrush for the um-teenth time when a bird guide turned up with a couple of customers. We wandered off upstream and found the thrushes and got some more (poor) images so I went back to tell the guide and his group where the birds were. This led to me chatting with the guide who had his own company working out of Yala. He offered to arrange our trip into Yala National Park and would be able to take us to Bundala himself;  we took him up on the offer. More on that later. Also whilst chatting to him a velvet fronted nuthatch put in a brief show but I was too slow with the camera.

The next morning we set off to Yala. This was a long haul ~170km; 5+ hours though we did stop for a bit of sight-seeing and for a drink at Ella.

Posted by Greater Kent Birder at 12:04