Sr Lanka is a wonderful place. I know it has monsoons but outside of those periods the temperature varies between warm and hot. The people are fantastically friendly, the sights superb and lest I forget to mention it again the birding can be superb with lots of it in hotel gardens so never too far away from a beer.
Last year we had a two centred holiday based in Habarana in the Cultural Triangle and on the coast just north of Negombo in the Kamala area. This year was a little more hectic taking in Kandy, Nuwara Elyia, Yala and Mirissa; as always the trip had to combine bird watching with a general holiday.The hotels we stayed in varied between small moderate to medium priced affairs through quirky/characterful establishments to luxury with all the trimmings.
Flights were arranged direct with Sri lanka Air which seem to be the only carrier to fly direct to Colombo and even then it takes 11 hrs or so from the UK.
Transport to and from the airport was arranged over the internet prior to departure through Sri Lanka Exclusive Tours (http://www.sletours.com/airport-transfer-service.html) with Colombo to Kandy costing Rs10,500 (~ £55) for a 9 seater minibus for the 4 of us - required with all the luggage. For the other transfers we relied on the hotels to recommend a minibus company and everything went faultlessly. I'll provide a few more details when I get to those days.
We ( myself, my wife Angie, and our friends Pete and Mary) decided to have 2 nights in Kandy allowing us a day to visit the Temple of the tooth and central Kandy, 4 nights (3 days) in Nuwara Elyia in the hope of visiting to the famous (bird watching wise) Victoria Park, Horton Plains and a trip to see a tea factory, 5 nights (4 full days) at Yala to go to Yala and Bundala national parks and finally 3 nights (2 days) at Mirissa for a whale watching trip. The stays at each place were about the right length though having a 4 centred holiday does mean you lose a lot of time travelling especially as getting anywhere in Sri Lanka varies between slow to very slow. For example from the airport to our first stop at Kandy is only 101 km according to Google Earth but the journey takes over 3 hrs - so if you are an impatient traveller Sri lanka may not be for you.

Our first Hotel was Sweet Cinnamon in the outskirts of Kandy. This was a small, medium priced hotel, had a small garden (for me to bird in before breakfast) and a small swimming pool. The rooms were excellent and the food, though in reality limited to Sri Lankan curry and rice was excellent - it's really a B&B that will cook dinner for those who want it (a couple of hours notice required) rather than a full service hotel. Other than beer alcohol was in very short supply (ie non-existent)  so we found a wine shot in Kandy and bought our own for our second night.

Despite the gardens being quite small and only having time for less than 2 hrs on each of the mornings I racked up 30-odd species including several new ones to my Sri lanka list (great tit, golden-fronted leaf bird, yellow-fronted barbet, crimson-fronted barbet, Sri Lanka hanging parrot- the latter 3 being endemics) plus great views and pictures of a number of other species. The photographic highlight was a pair of bar-winged flycatcher shrikes that posed brilliantly but the crested hawk eagle was a real problem to lock onto with the camera as it hid in the trees until it got fed up with my efforts to photograph it and it flew off.
The only disappointments were the poor views/shots I got of  a Tickell's blue flycatcher that lived near the pool but remained hidden most of the time and a white morph Asian paradise flycatcher which, other than flying between bushes, seemed to forage within the bush rather than pose for the camera on the outside though it was spectacular to see it fly. 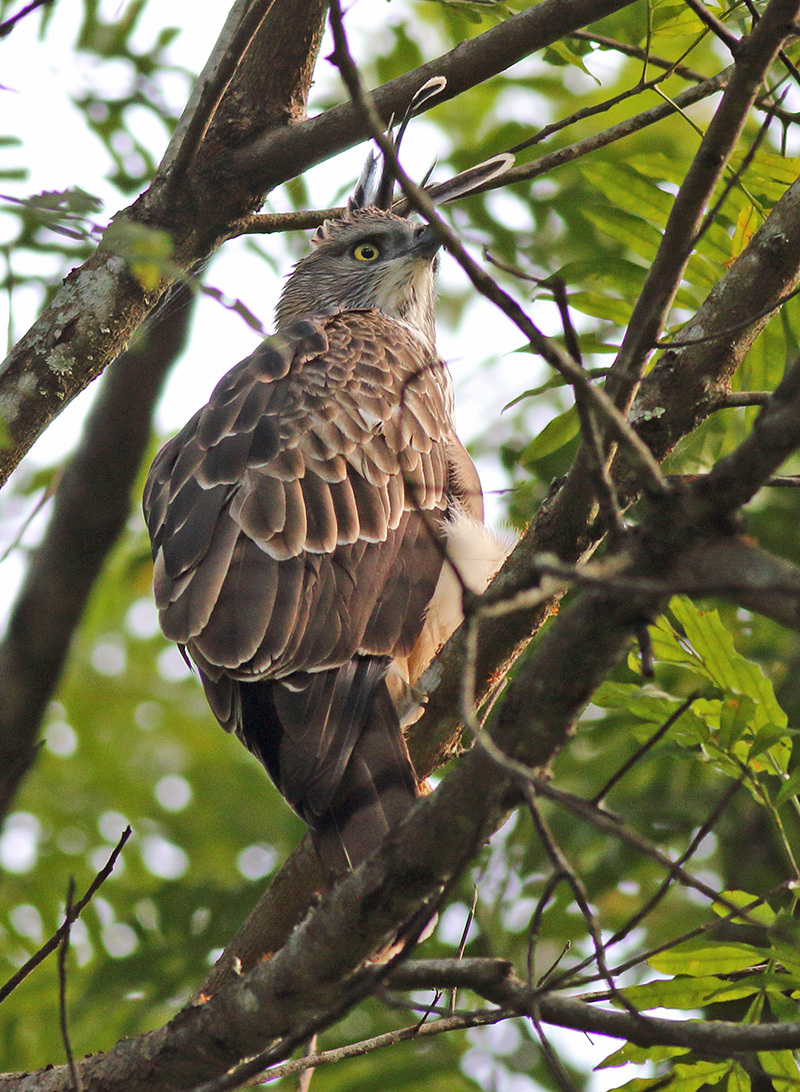 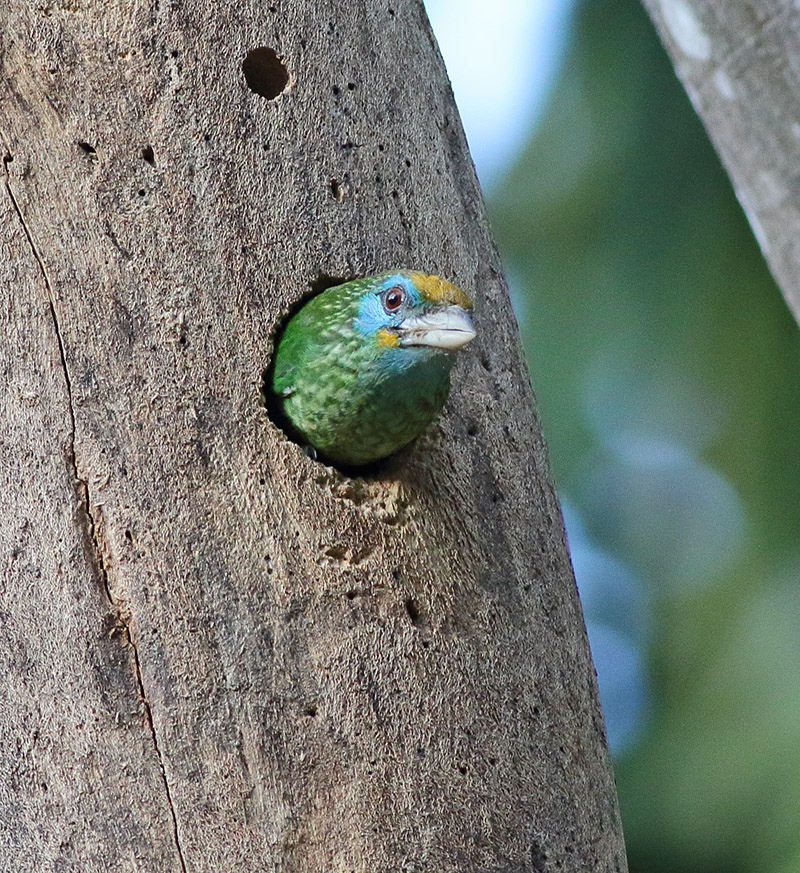 Saturday (our first full day in Sri lanka) was spent in Kandy where we visited the Temple of the Tooth (which houses Budda's tooth - the only part of him remaining after his funeral pyre) and after that we sat in a couple of bars where we overlooked the chaos going on in the streets below.

Sunday, after a leisurely breakfast we said our farewells and moved onto Nuwara Elyia for our next 4 nights/3 days.