On our second day at Jetwing Yala we went on a safari to Yala National Park. This was organised by Pradeep Kumar who has just started up his own company (Safari in Sri lanka; http://www.safariinsrilanka.com/) and can be contacted on jgpradeep@yahoo.com. We actually met Pradeep in Victoria Park, Nuwara Eliya, where he was guiding a group of birders. We had a chat where we learned he came from Yala and about his company. He said he could arrange our Yala trip (though he would be in Kandy) but he would be back in the Yala area for our planned trip to Bundala.  His rates (at the time) were excellent at SR 9000 for the day (4500 for a half day) for either destination. This covers the 4x4 and the driver. Entrance to the parks themselves is extra at SR3000 per person for Yala and around SR 2500 for Bundala. For the Bundala trip Pradeep acted as driver and guide; I think the going rate for a guide organised by Pradeep if he can't be there is SR2000 (~£10) so no big deal.
Anyway we were picked up at around 5.30am (the driver being a few minutes late and for which Pradeep apologised for continually when he took us around Bundala).
If judged by whether we saw leopards or not then Yala was not a successful trip. None were seen by anyone whilst we were there though one was spotted as the light was fading and just before the park closed at 6.00pm. We were long gone by that time having given up by 3.00 pm. There are quite a lot of 4x4s in the park and as soon as anyone finds anything of note the news gets around very quickly. We saw an example of this when a bear was found. Our driver was told by someone who was leaving the scene so off we shot with our driver telling anyone he met. So if anyone has found a leopard every 4x4 in the park will soon know.
Despite not seeing a leopard and only having obscured views of a bear it was a very enjoyable day because we saw plenty of crocodiles, quite a few elephants and had some brilliant views of birds.

One "view" of an elephant was particularly interesting. We were going up a track when a group coming the other direction told us a 4x4 up ahead had been attacked by an elephant and had the windscreen broken. A few seconds later several more 4x4s were reversing towards us.............the angry elephant moving purposefully after them. As we reversed up to a junction the elephant could be seen coming towards us but at the junction it disappeared into the bush.


Later that night back at the hotel I was speaking to another birder and it turned out it was his 4x4 that was attacked.

Anyway as we drove around we did see lots of birds and some of the bee-eaters were ridiculously close - we'd told the driver we were interested in birds so he stopped whenever he or we spotted something.

I'm not sure whether it was the bush telegraph in operation or our driver being in the know but he took us to a brown fish owl.  I'm sure he couldn't have spotted it as we drove along but only one other 4x4 turned up at the place but perhaps the others weren't interested in birds. 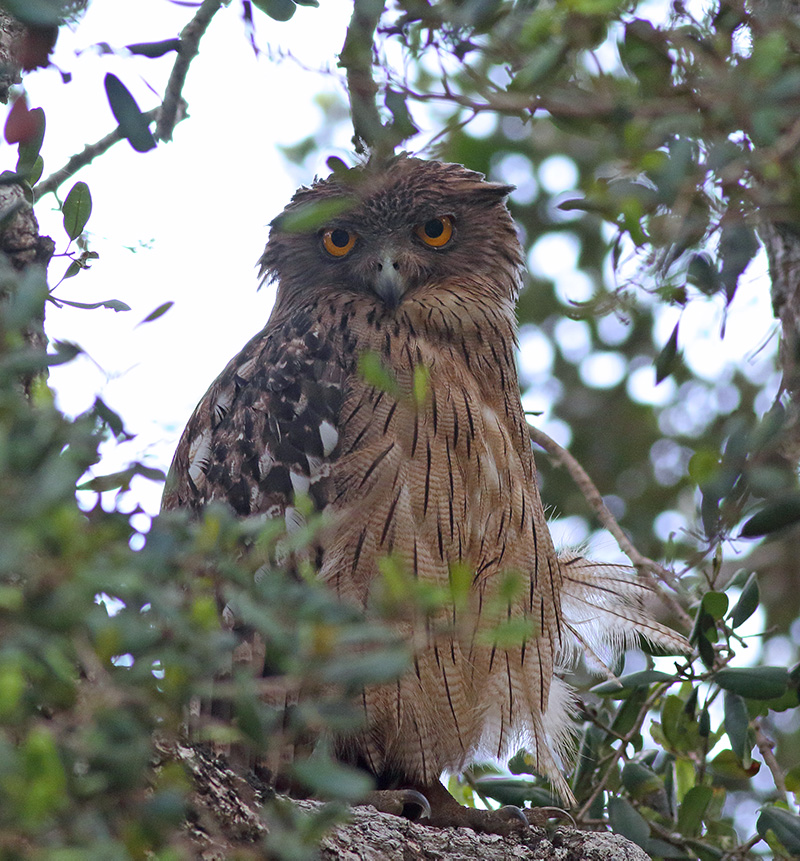 Here's a few more shots taken during the day: