It is a long haul from Nuwara Eliya to Yala taking around 5 hrs though we stopped for another set of water falls, to look at some guys ploughing a set of paddy fields terraced into a steep hill and for a drink. 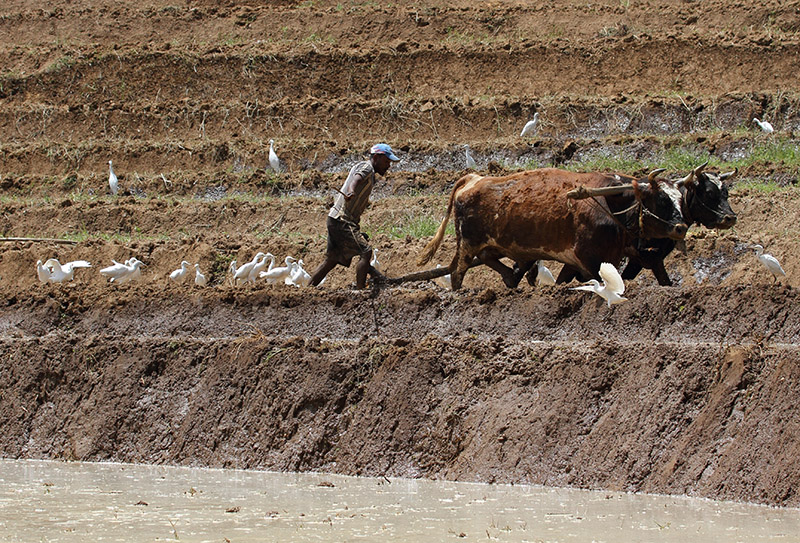 It's scenes like this that makes you ignore cattle egret as a subject matter for the camera..............and leaves you wondering why is it you haven't taken any pictures of cattle egret when you get home.

We were staying at Jetwing Yala, one of the hotels very close to the entrance to Yala national Park and one that was set in the enormous sand dunes that line the coast of this region.

Whilst here we had two trips planned - one to Yala National Park itself and the second, for Pete and myself, to Bundala.

After unpacking we agreed to meet up at the pool for a beer and a swim. I'd unpacked and went out onto our small patio to have a nose where, less than 10 yards away, were a pair of imperial pigeons. Back inside for the camera....click, click....done This is my kind of birding!!!!!!!


For the last hour of daylight we went for a stroll around the surrounding dunes/scrub spending most of the time wondering about the identity of the pipits we could see. In the end I decided it was easier to assume they were all paddyfield.

The hotel has it's own waste water treatment plant where the treated water is used on the gardens with the rest feeding a pond and adjacent damp area. In the damp overflow from the pond Pete spotted a green bee-eater hunting from a perch we could get close to under cover of a tree.

The next morning I went out at first light and there were a lot more birds around than the previous evening however my fun was soon to be interrupted.  I was only 30 yards from our room when I came round a bush I found myself staring at an elephant - less than 20 yards away. Oh ****. I shot off up the dunes whilst the elephant, thankfully,  tried to go in the opposite direction only it's exit was blocked by the elephant wire that was supposed to keep the elephants out. You could almost see it thinking about what to do next. Fortunately it disappeared off down a track that ran immediately behind the hotel and along which it must have come. No pictures I'm afraid because it was far too close for my 400mm lens and it's hard to take photos when you are running up a sand dune!
Scare over I went back to birding and excellent it was too with brahminy kite, palid harrier and red wattled plover flying past and in the scrub a flock of 11 brahminy starling, 4 or 5 grey bellied cuckoos, green, chestnut headed and blue-tailed bee-eaters, black hooded oriole, purple and purple rumped sunbirds, Sri Lankan swallow and brown shrike plus some other more common bits and pieces. Around the pool formed from the outflow of the waste water treatment plant were half a dozen pond herons, 3 great white, a couple of little and cattle egret plus a family of 3 or 4 kingsfishers and a white fronted kingfisher. I had hoped the green bee-eater would be hunting from the same perch as the previous evening so I could attempt some flight shots but it had disappeared.
Needless to say I didn't get decent images of all of the birds I saw on the first morning (and some never) but I had several days to add to those I didn't get the first day and every morning a few more species were added to the list the most notable being the Jacobin cuckoo. 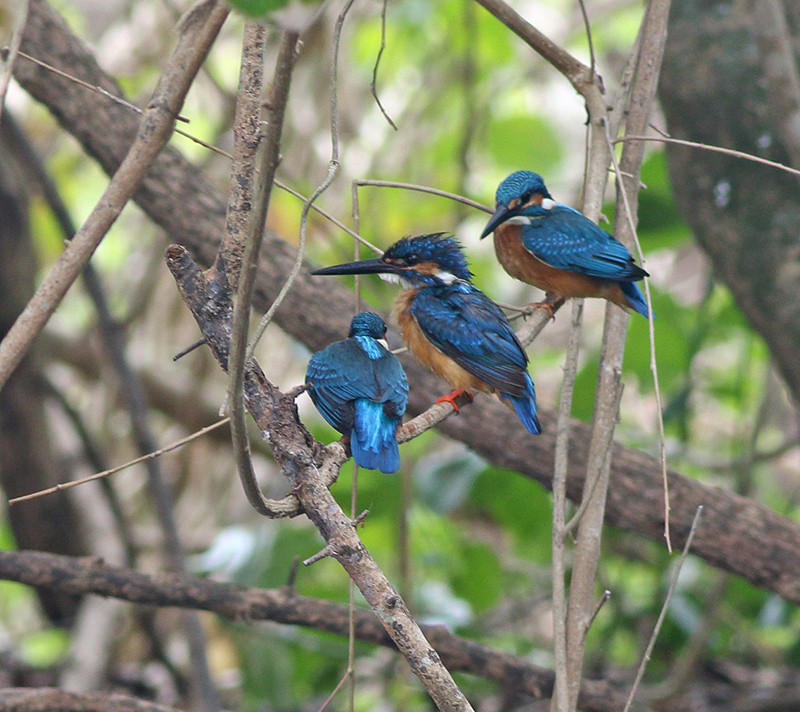 A couple of additions to the list were made whilst we were around the swimming pool  in the form of a common sandpiper and a very cooperative shikra. 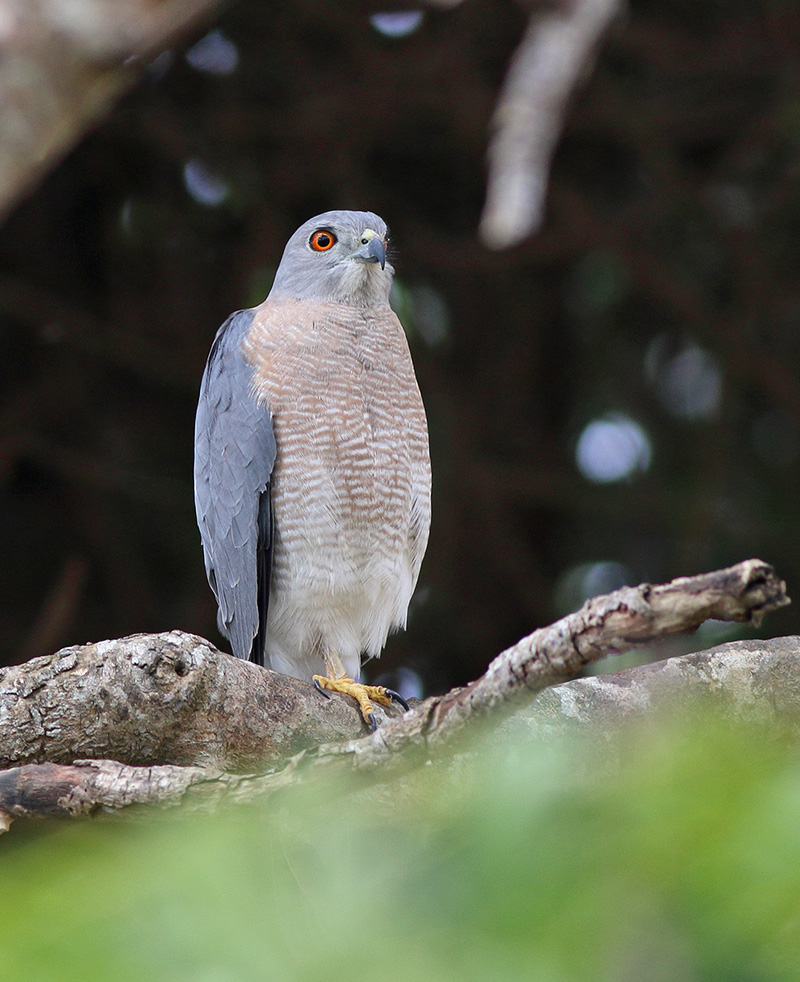 Other than the elephant the hotel was frequented by what I first thought were boar but I think they are probably just some sort of local pig - there were a few dozen snuffling around the gardens. Only one species of monkey seemed to live in the grounds, grey langurs, which liked to play in the trees adjacent to the pool and indeed drink from it. 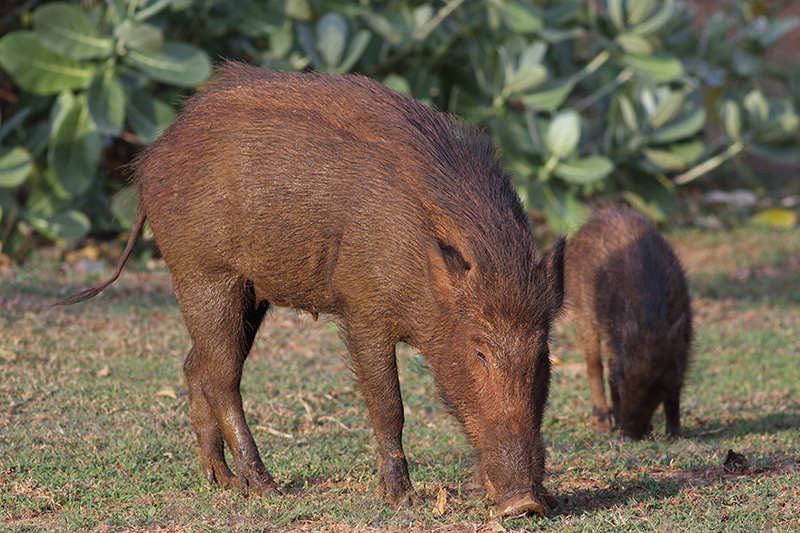 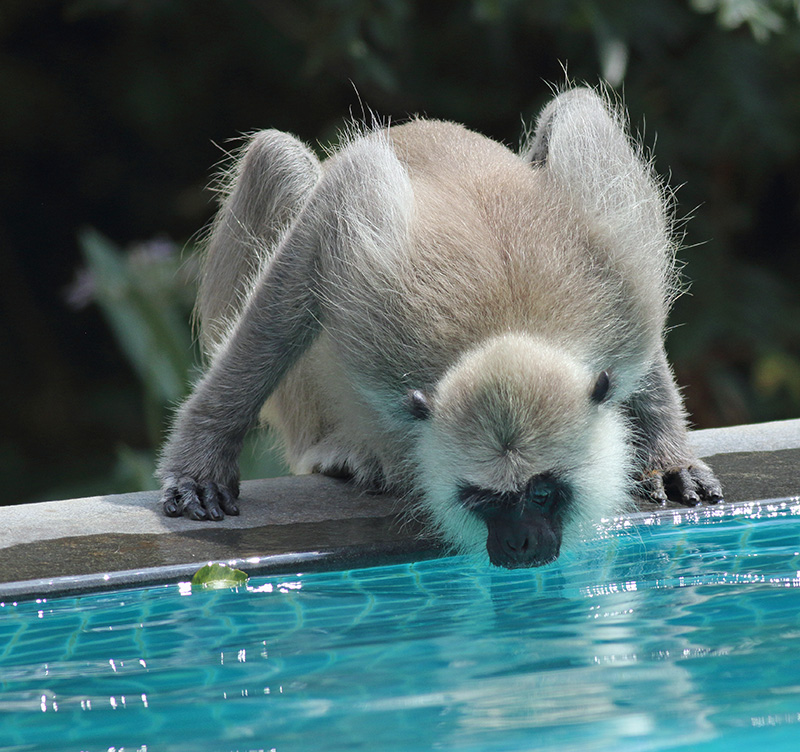 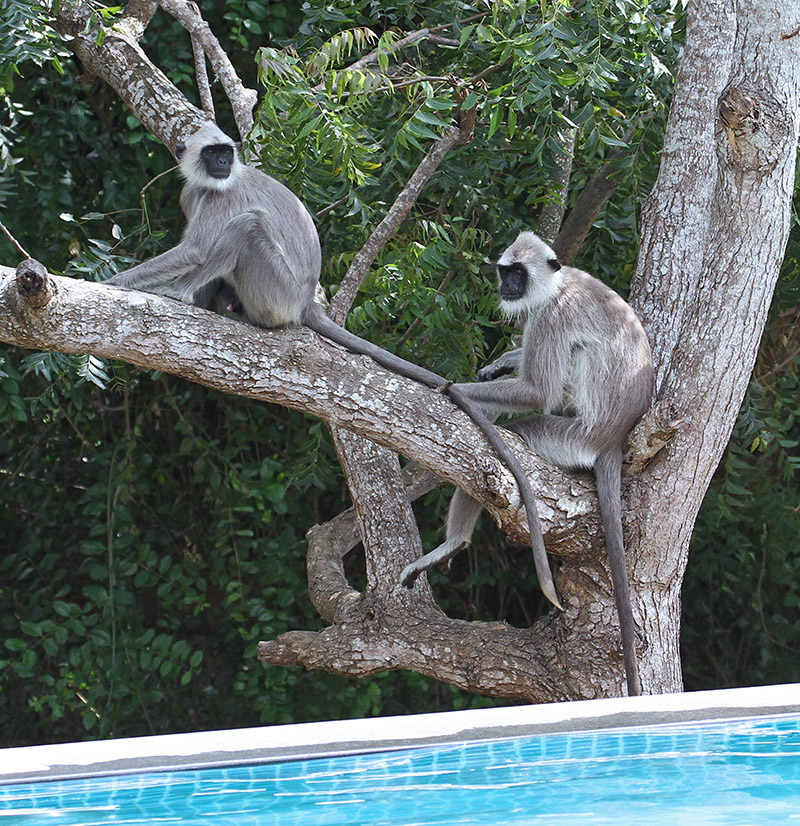 Next Yala and Bundala National parks