Gt White Egret on Worth Marsh....again.

Today I had a walk over Worth Marsh with Ian Hodgson and Roger Thompson and a pretty productive walk it was to.
Throughout the walk we were seeing loads of blackbirds (~70), redwings (~150) and fieldfares (~300) and on the footpath to the train gates we saw tree sparrows (9), yellow hammer(3) and possibly 30 reed buntings. At the train gates there were 2 possibly 3 bullfinch calling though I only saw a female.
As we went out onto the marsh we heard the first of 4 Cetti’s, 2 of which were seen at the start of the double dykes at Roaring Gutter. 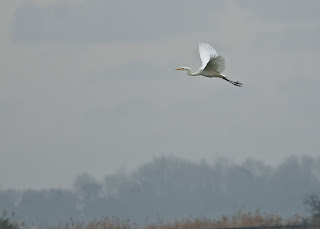 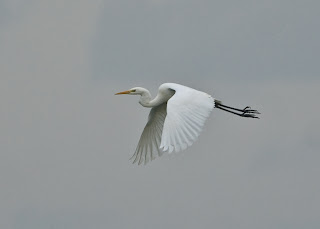 Also as were approached Roaring Gutter a kingfisher flew past then almost immediately we had superb flight views of the great white egret which landed in a distant ditch and disappeared from view. 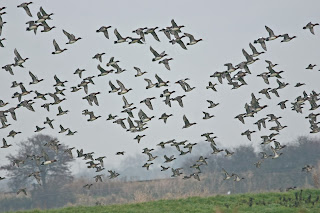 Ian has permission to cross the marsh (from the RSPB and local farmers) so from Roaring Gutter we headed across the fields/marsh towards the Chequers.The marsh held a good head of duck – wigeon, teal and mallard mainly but also shoveller and gadwall – all of which took to the air as soon as they saw us. 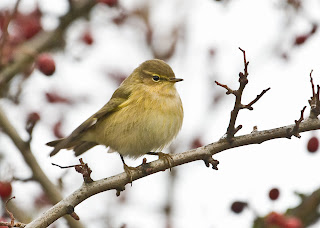 Near the rail tracks we had 2 chiffchaff, one of which posed patiently whilst I got the camera out and adjusted the exposure – why can’t they all be that cooperative!
On the Chequers side of the tracks we saw a merlin and peregrine and put up ~30 snipe – though not a jack amongst them.
No sign of the bunting today nor any short eared owls.

After coffee at the Obs I checked out St Georges for the waxwings but they seem to have moved on – they weren’t there first thing either. Perhaps they got scared off yesterday by the attention they got. 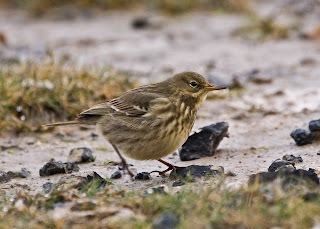 On the way home I stopped at Kingsdown rifle range but still no sign of the black redstart and the stonechats seemed to have disappeared. I just hope they survived.
The fulmer numbers are building though – could be 20 there now - and the rock pipits we there in good numbers though the poor light by this time hindered my photographic efforts.
Posted by Greater Kent Birder at 17:12