A Port in a Storm

It was very windy overnight and still blowing quite a bit this morning so I took in Dover Harbour hoping something might have blown in on the wind.
Wandering along the Prince of Wales Pier one of the first things I spotted was a Chiddy – he’d had similar thoughts.
From the pier we saw 9 Great crested grebes, 2  or 3 shags, a number of cormorants, the normal common gulls plus 3 med gulls and a kittiwake. Also on the pier were a few rock pipits and several turnstones.
Mark had earlier seen a guillemot hanging around the inner basins so we went and had another look. By this time the tide was coming in and there was quite a flow under the bridge and we had the pleasure of watching the guillemot fishing the channel between the inner and outer harbour from the bridge. 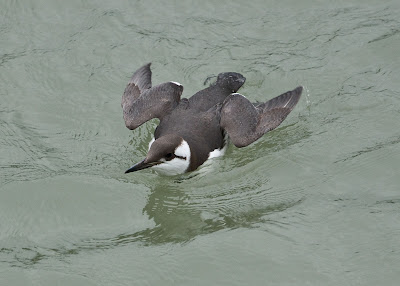 When the bird wasn’t fishing it was preening and after every preen it had a good flap – all the time being close to very close. 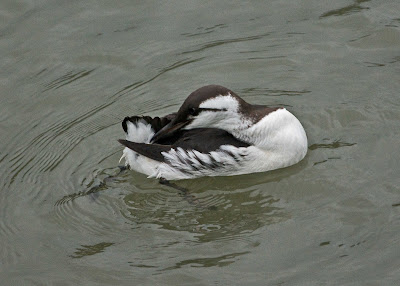 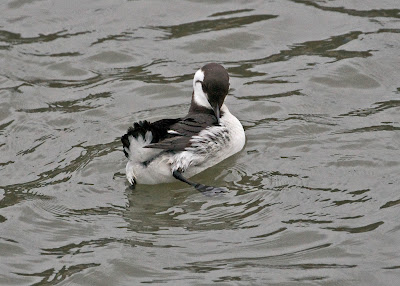 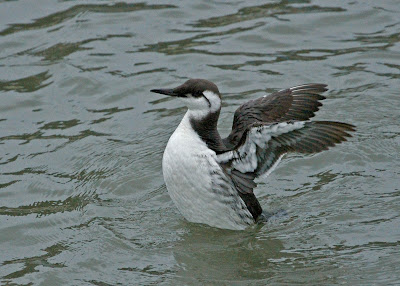 As always there was a catch – the light this morning was rubbish and the pictures obtained were almost universally of poor quality and the depth of field is likewise rubbish (I'm back to moaning again!) 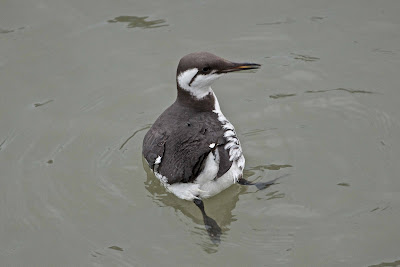 As I was leaving the sun started to emerge so I stopped by the bridge just incase the guillemot was still there. It wasn't, it was down by the Lifeboat station however a kingfisher flew past which is a Dover Harbour tick and a nice way to end the session..
Overall, given the conditions early this morning, we had a decent selection of birds and trying to get some images taught me something – ISO 1000 and slow shutter speeds are not conducive to decent images (Don't be fooled; the above images only work at this size. Any larger and they are blurry).
Posted by Greater Kent Birder at 23:22