After the early moring session around the grounds we met the lady folk for breakfast but even that was delayed as just outside our room, in the tree tops, were a number of small birds.
The easiest to identify was an oriental white eye, then there was a warbler which I'm pretty sure was a green warbler and finally a bar-winged flycatcher-shrike. All were high up and none would stay still in the open long enough to get decent shots of.


After breakfast I showed the ladies around the butterfly garden in the organic farm then it was off to the pool for some serious relaxation.

The pool at Cinnamon lodge lays along side the main restaurant and bar with the sunbeds down the opposite side to the bar. Just behind the sunbeds lays one of the ponds so whilst laying by the pool there was always the potential for something to turn up in the trees surrounding the pond behind you so any new call was investigated.


On the way to breakfast there was an Indian pond heron sitting in a tree overhang the pond shown above. It was still there 5 hrs later watching the fish that congregate there (due to residents throwing bread in for them) and in between I took several photos of it though most of the time it was pretty obscured. 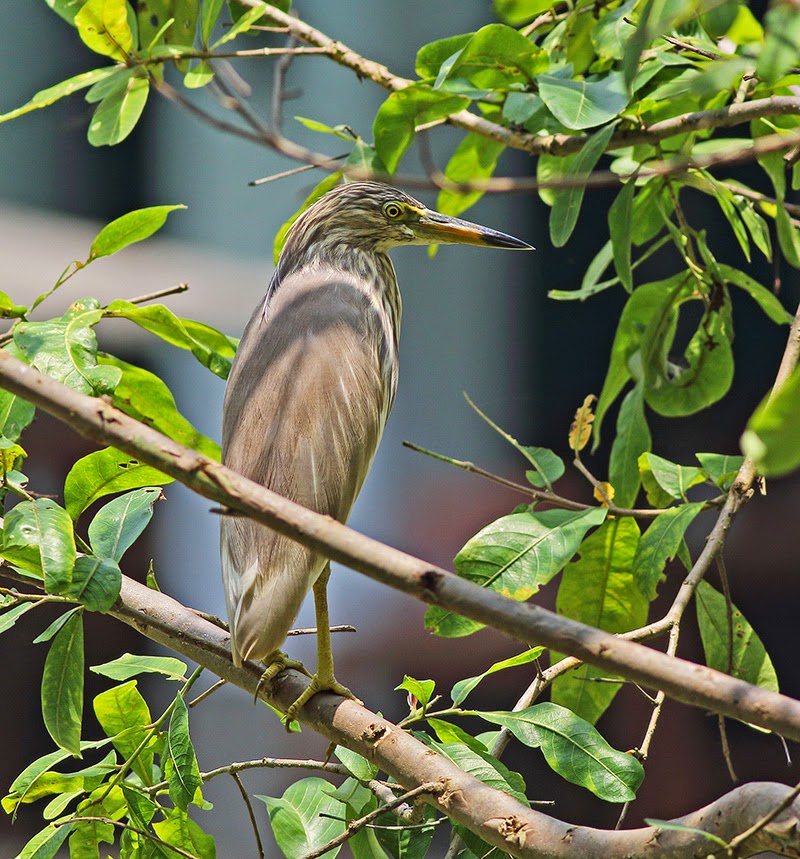 A stork-billed kingfisher was resident in the grounds and several times a day he would turn up and fish from the trees of the pool shown above (or the one outside our rooms) - it was just a matter of how close he would be. 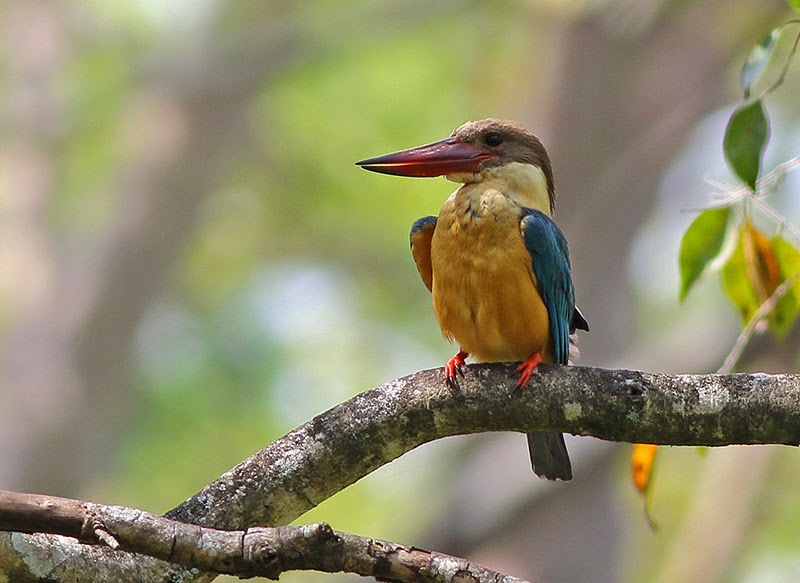 Purple-rumped sunbirds were also frequent visitors to the surrounding trees but most of the time these were up in the canopy.......if there was one criticism I would make of the grounds it would be that the planting has been designed to provide shade, not to bring the bird and butterflies down to low levels as a consequence a lot of the bird activity was high up, difficult to see and near impossible to photograph. The main exception to this was the organic farm. There were still trees in the farm but there was a lot more in the way of bushes and shrubs and areas of lank grass/vegetation.

The ponds also hold a crocodile (I never saw it but Pete did), a huge water monitor (6-7 feet I guess) and the occasional land monitor wandered it's banks though these were a lit more skittish than those encountered in The Gambia.

In the afternoon, after a busy day of sampling the local beer, sunning myself, and expending no energy whatsoever, I went for a walk down towards the lake. This area is probably best described as very open woodland.


Most of the birds seen in the morning seemed to have disappeared but I did find a Jerdon's leafbird (female) which proved nearly impossible to photograph. It didn't move that quickly but it stayed buried in amongst the leaves all the time so all you got were partial views. 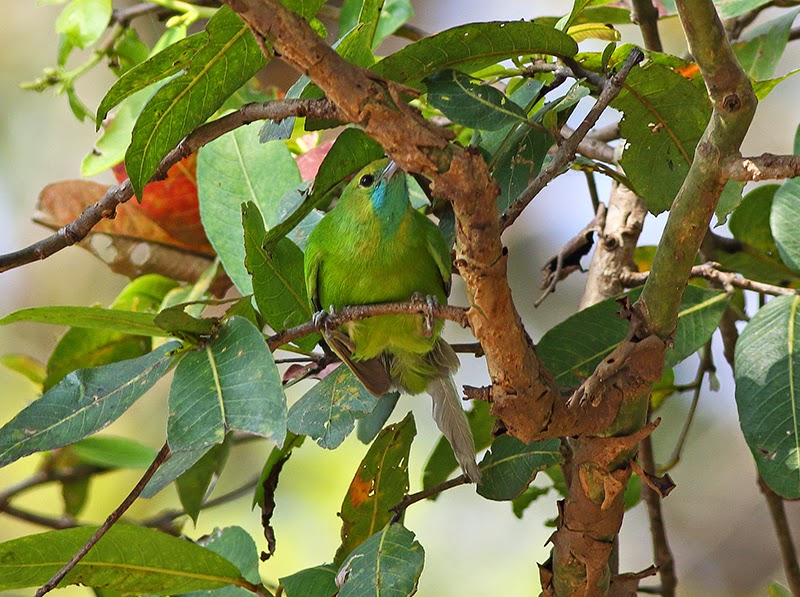 A little later I spotted a smallish bird that I immediately knew I hadn't seen before but I also knew I had no idea what it was. Several times I tried to approach it but it was having none of it and all I managed were distant shots.

From the under-tail pattern and general shape of the bird it was clearly a cuckoo but which one? It was small (suggesting lesser or grey-bellied cuckoo) but because it looked like it was undergoing juvenile to adult moult it wasn't like any of the illustrations in my field. This was not the last time  I saw this bird.

So that's it for the first day in Sri Lanka. It had been great!