Today I only had an hour or so in the grounds before we had an early(ish) breakfast and then the long journey to Ging Oya Lodge (http://www.gingoya.com/).
Nothing new in the gardens today but I did get close to a tawny bellied babbler, and orange-breasted green pigeons and spotted pigeons showed well... better in fact than the rest of the week. 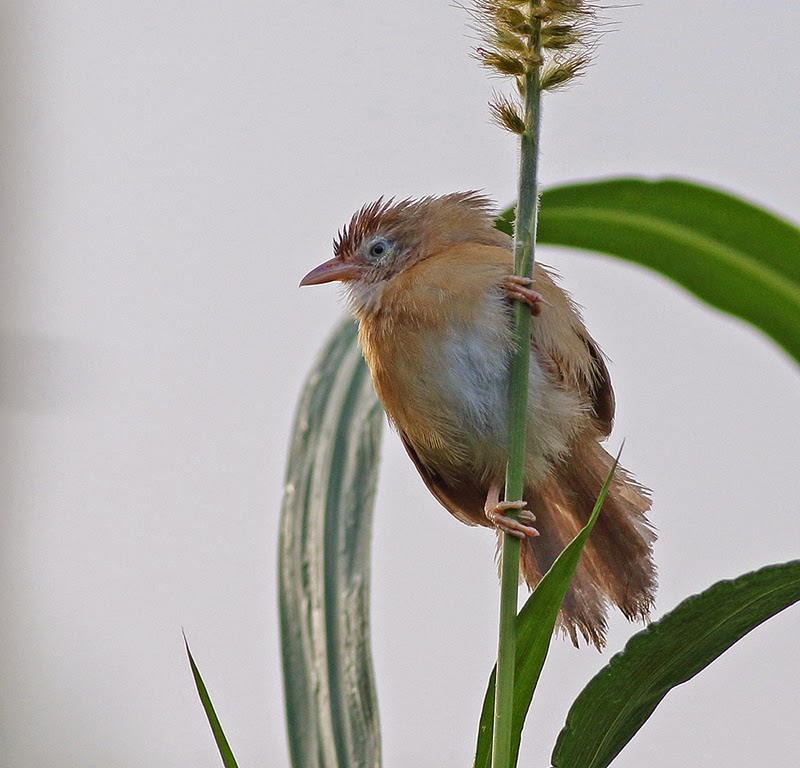 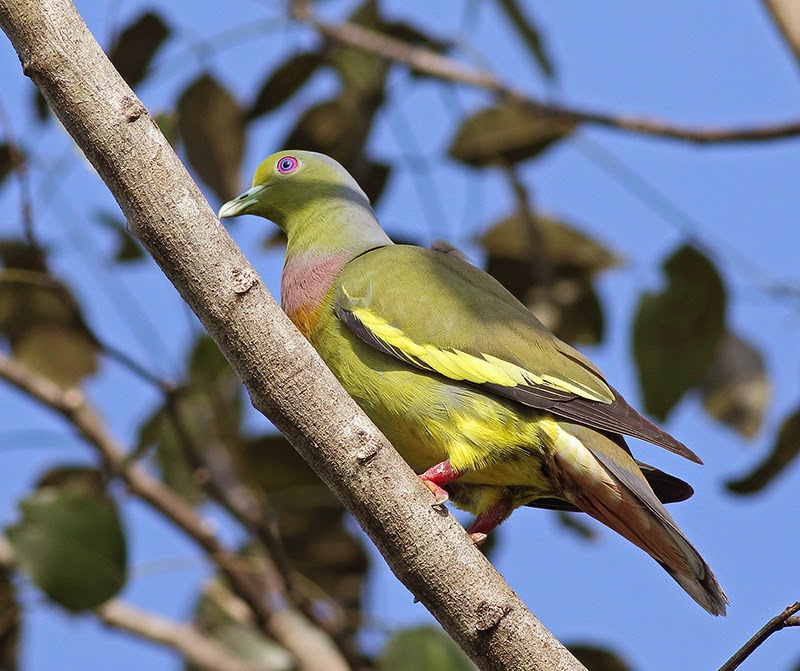 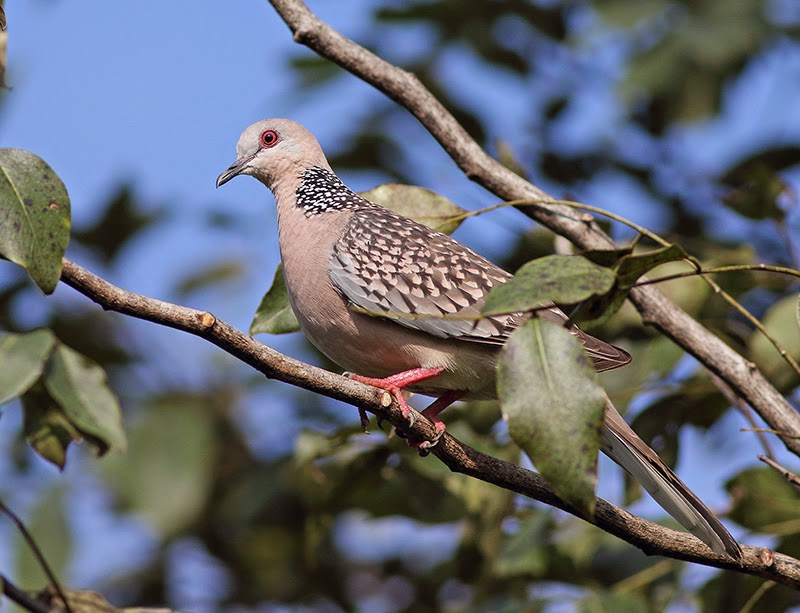 ...and a purple rumped sunbird family showed quite well.


Then it was breakfast, settle the bill (ouch!) and into the minibus for the journey. We did stop several times on the way,  for comfort breaks, for some refreshments, plus once for an Indian roller Rukmal saw as we drove along but had gone by the time we stopped, turned round and got back to where it had been seen, and once to get some pheasant-tailed jacana shots. We had seen jacanas on a couple of occasions but always a little distant and looking into the sun.


Then it was goodbye to Rukmal and Kalu (the driver) who had been fantastic hosts whilst we had been in Habarana.

The Ging Oya is a small, simple,  family run hotel (Belgians I think) that has around 8 bungalows spread throughout their grounds which are bounded by the Gin Oya River on 3 sides. The bungalows were spacious, very comfortable and had a really interesting shower room/loo - half of the room is under cover but the other half has no roof so when it rains the bathroom/garden (there's no other way of describing it) get watered.

We quickly unpacked, got a delivery of gin and tonic and sat on the veranda to watch the world go by and the sun set. Birds could be heard calling but the only thing we saw was a pair of white-breasted waterhens that came right up onto the veranda. This was a bird we saw distantly in Habarana but never got any shots of - that had been rectified.


Then it was time for a leisurely dinner, coffee then bed.

Next morning I was up at dawn and had a wander.
When choosing the Ging Oya I had looked at Google maps to try and see what the grounds looked like and what the surrounding terrain held. Whilst there were quite a lot of roof tops in the area there seemed to be a lot of green so I was hopeful about the birding possibilities. There was also the river and the beach and lagoons (where an old oxbow of the in Oya river came very close to the sea.
Unfortunately all proved to be disappointing.
The hotel grounds were part mangroves - very dense with nothing growing underneath and the rest of the garden was almost totally shaded by high trees. The only place you could see the sky was around the swimming pool.

The green areas outside the hotel grounds were equally disappointing - the houses in this area were quite substantial so most of the greenery I had seen on google was their gardens.
I borrowed one of the hotels pushbikes and went to the sea seeing an Indian roller on the way (flew off as I stopped) but on the beach not a bird was to be seen other than house crows of which there were hundreds,
Out to sea there were some gulls but they were so distant I could only just see them and there were no shorebirds on the beach. Finally I tried the lagoons - again absolutely nothing.


The only areas of possible birding interest was an area of ground that had been cleared for future building and a bridge across a small channel off the Gin Oya.

Back in the hotel grounds I was cycling through the mangrove area (the entrance track weaved it's way though the mangroves in a tunnel) when I saw something moving in the gloom - it was a pair of forest wagtails! A frantic assembly of tripod and camera, crank up the isos and fire away. Not great but given the disappointment of the rest of the morning most welcome.


All in all I was pretty disappointed by the time I got back to the hotel but it was supposed to be a holiday rather than a bird tour so I resigned myself to lazing around the pool and consuming alcohol!


We had 5 nights/4 days at Ging Oya and whilst the birding wasn't great I did manage a few more species that I'll tell you about in the final instalment.