Today was a major sight-seeing day with an early start at Sigiriya then on to Dambulla - both being world heritage sites.
Sigiriya was the very short lived 5th century capital of Sri Lanka and sits atop a 600ft lump of ruck rising sheer above the surrounding land. 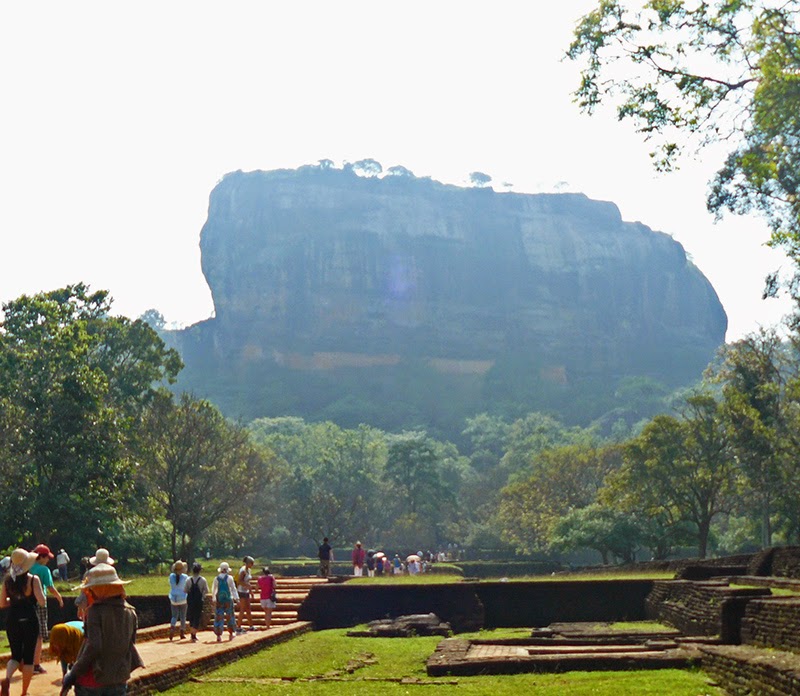 The story goes that a king had 2 sons, the eldest, Kassapa, by one of his concubines, and a younger son Mogallana, by his queen. By tradition the kingdom should have gone to the eldest son but the king named Mogallana as his heir. As a consequence the elder son killed his father, and moved his capital to Sigiriya driving out the resident monks with Mogallana fleeing to India.
Eventually Mogallana returned and killed Kassapa and Sigiriya ceased to be the capital and fell into ruin.

To get to the top you of Sigiriya you have to climb 1202 steps and it's hot hard work. Just about all of the buildings have now disappeared and all that one can see are the remains of the foundations but the layout of the gardens and associated swimming pools can still be seen. The top is similarly mostly foundations so there's not that much to see but the views from up there are impressive.
The most impressive remains are the wall painting of some of the concubines.which you see in a cave on the way down.

After that we were taken to Dambulla, a Buddhist temple. At ground level there is a spectacularly decorated building and huge golden statue of Budddha but then you have to climb 700 steps to the caves that are the real attraction. 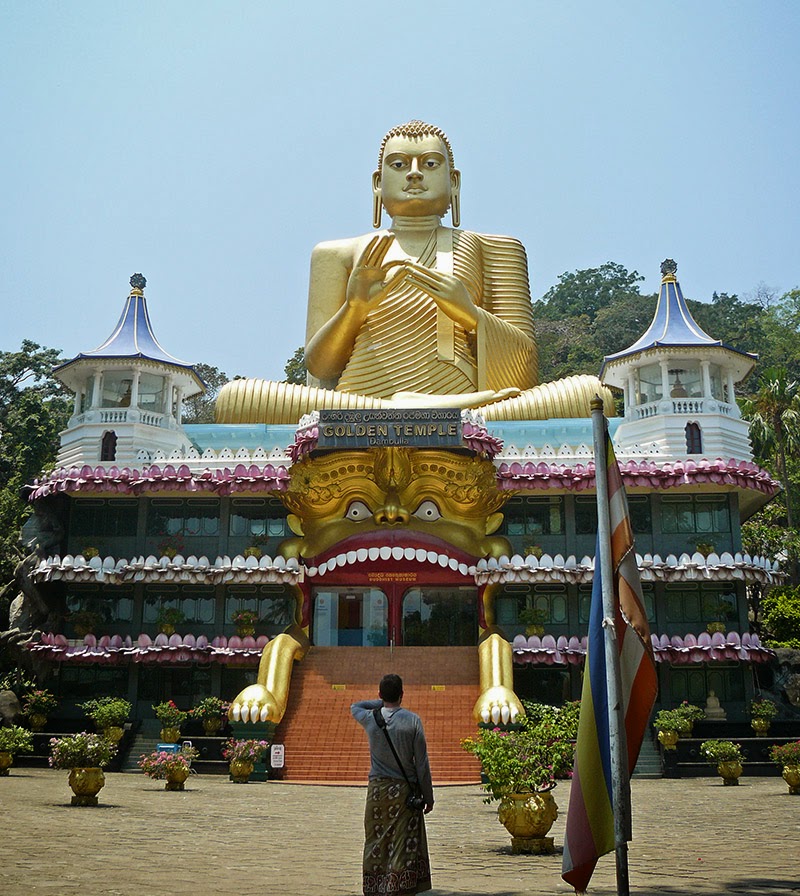 The caves are full of statues of Buddha, small stupas with the walls and ceiling elaborately painted. The following pictures were taken by my wife, Angie, without using a flash which I think gives a better idea of what they looked like - it was very impressive. 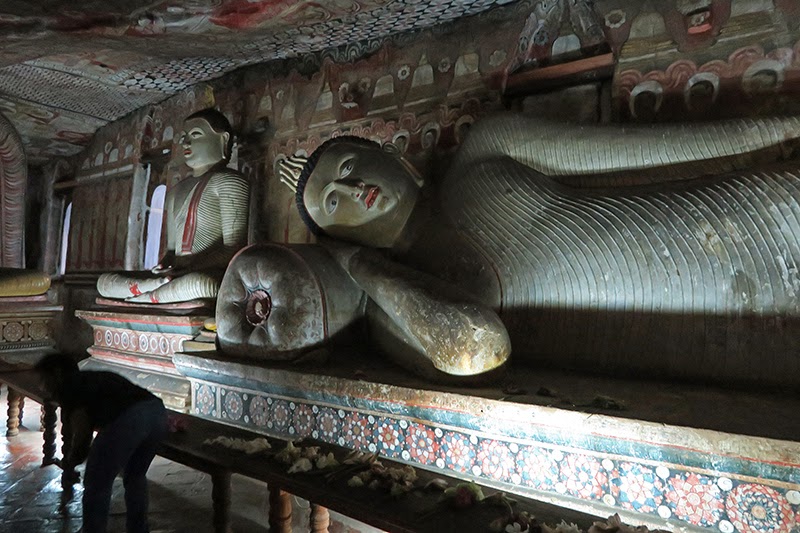 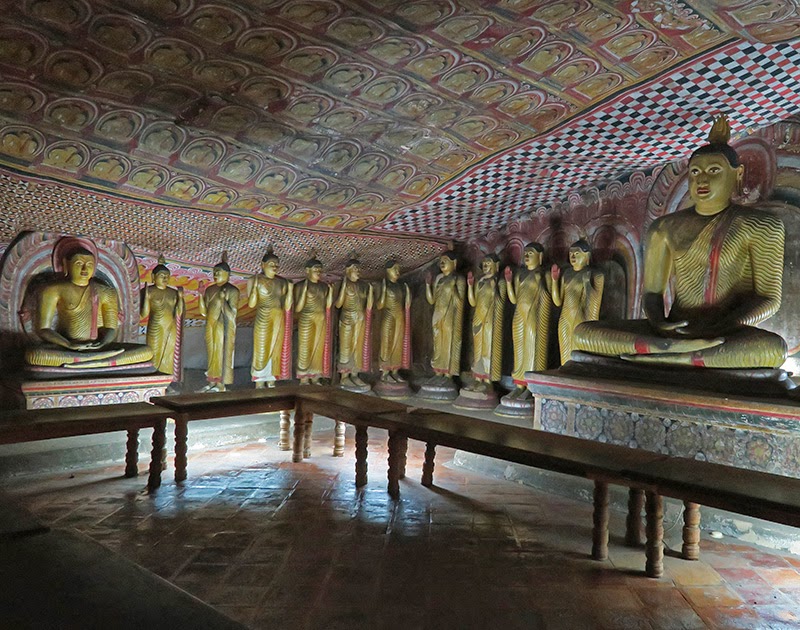 All in all an excellent day out.

Back at the hotel I had my routine late pm walk around the grounds. Down towards the lake I re-found the cuckoo and could confirm it's small size and from the shots I managed I couldn't see a yellow eye-ring which points to the cuckoo being a grey bellied rather than the lesser cuckoo.
The only new bird I found was an Asian brown flycatcher but in the organic farm an irrigation tank was overflowing and several birds were attracted to the water as it pooled on a vegetable patch, including a white eye, which I had seen previously but failed to photograph.

Posted by Greater Kent Birder at 23:40