After yesterday's bird-fest today was back to being a bit more touristy with a boat trip and a walk around a traditional Sri Lankan village in the morning, the pool for the first part of the afternoon then an elephant safari late afternoon.

The morning boat trip was the main attraction for me as we were rowed around a tank and out to vast banks of water hyacinths. 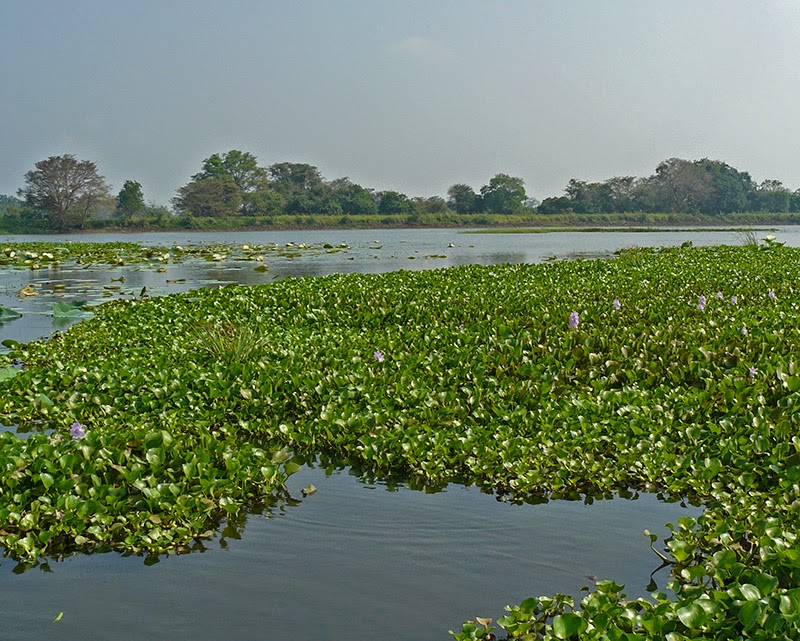 Out on the lily pads were a few whiskered terns, little cormorant, and on the water hyacinths were some purple herons, birds seen most days but ones that never allowed close approach. 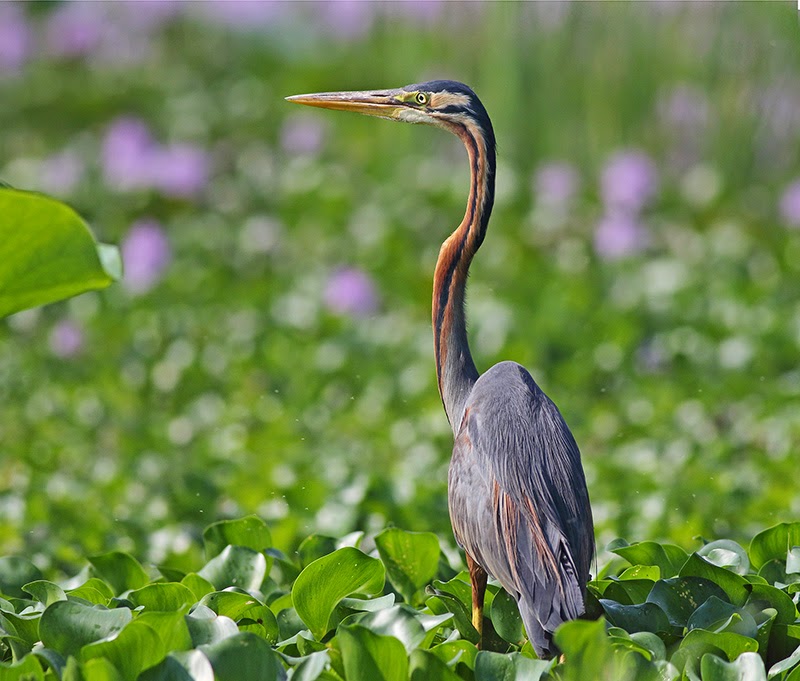 Also on the lily pads were Indian pond herons - their technique for standing on the pad being really interesting....how did they learn to do that? 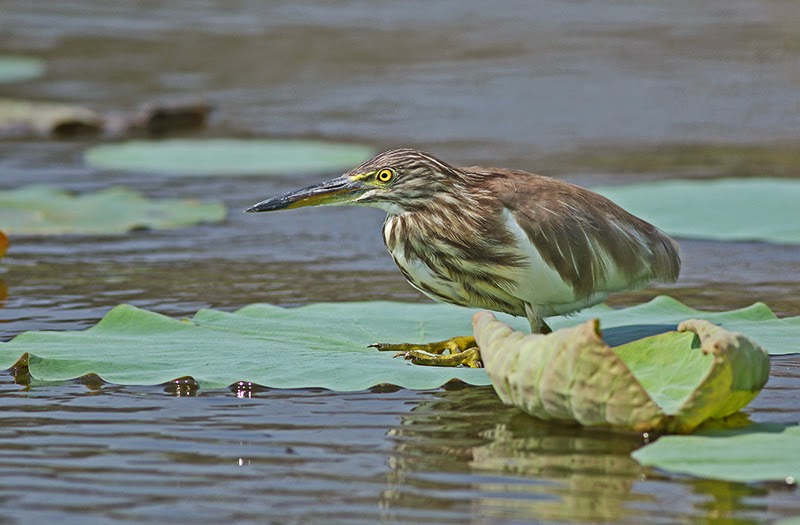 Overhead we had a couple of new species in the form of a darter and a wooly necked stork and a crested serpent eagle drifted over.

After the boat  trip there was a wander around a traditional farm where we were offered something to eat and drink but I declined - I was too worried about the impact such fare may have on my digestive system.

The ox cart ride back to to tuktuks was slow but the ox driver did stop when we found several green bee-eaters on the not very traditional power wires just above our heads.

At this point the ladies went off to bath and ride elephants and Pete and I went back to the hotel. I had an appointment with a sun bed. Now this wasn't just any sunbed but one 2 yards from a palm frond where a female purple-rumped sunbird was trying to make a nest. I actually think she was learning how to make a nest because in all the time I watched (several days) the "nest" never attained any structure, it was just a tangle of webs and debris.

She was working as I arrived and I quickly set up shot stationing the camera down low about 4 yards from the nest. It took several visits before I had the camera position right, the exposure settings correct and a few pesky palm fronds tied back but she was back every few minutes so it wasn't a problem.


She continued to work on the construction for the rest of our stay at the hotel but it never improved.

Around 3pm the 4WD drive arrived for our elephant safari where we drove around the park where the elephants were known to be, eventually finding quite a large herd including babies as well as a tusker - a rarity it seems. 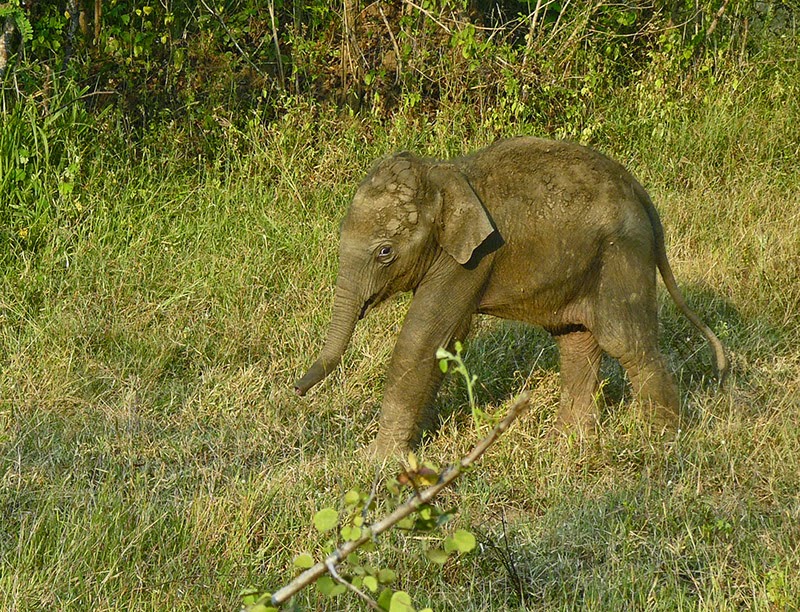 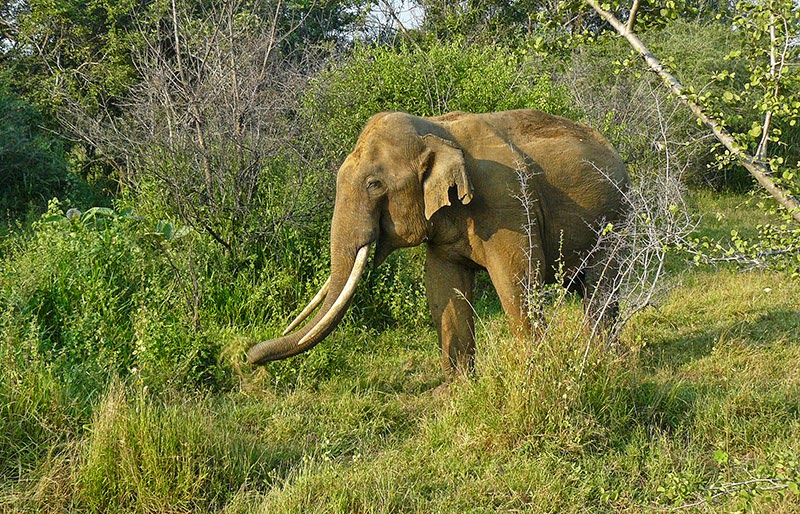 Whilst driving around the park Haloo, our driver, spotted a crested hawk eagle so we stopped for some shots as we did for a Jerdon's bush lark.


And whilst at a traffic jam (at times we were in a column of 4WDs  all trying to see the same elephants) I heard coppersmith barbet calling (not unusual) but this time I managed to find it.
The jam cleared for those in front of us but those behind had an additional wait as I tried to photograph the barbet.

It was now getting quite late and we made for "home" but stopping to look at 2 more groups of elephants on the road outside the park. 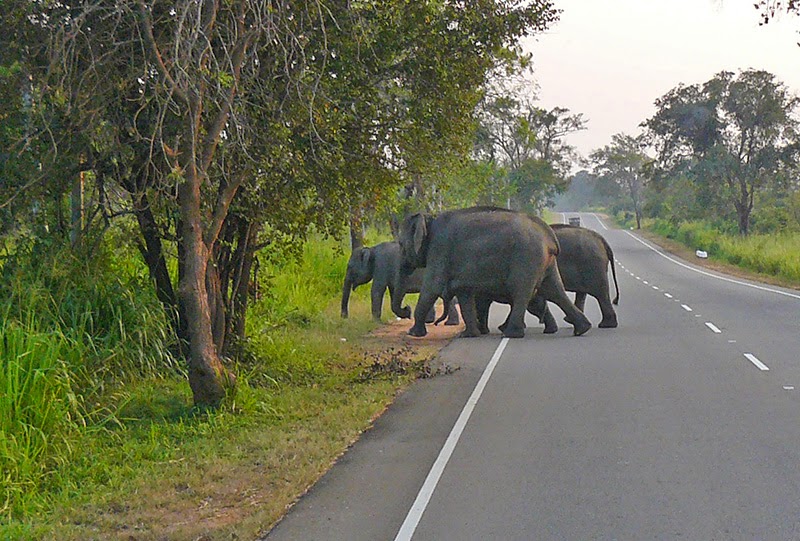 Then it was time for a gin and tonic and something to eat. Nice.

Posted by Greater Kent Birder at 07:02