Today the main event was a visit to Polonnaruwa, one of the ancient capitals of Sri lanka and a UNESCO world heritage site with Rukmal (Habarana Tours) as our guide.

Before breakfast though I had my now normal turn around the gardens seeing several new birds - tawny bellied babbler, grey breasted prinia and white bellied drongo. 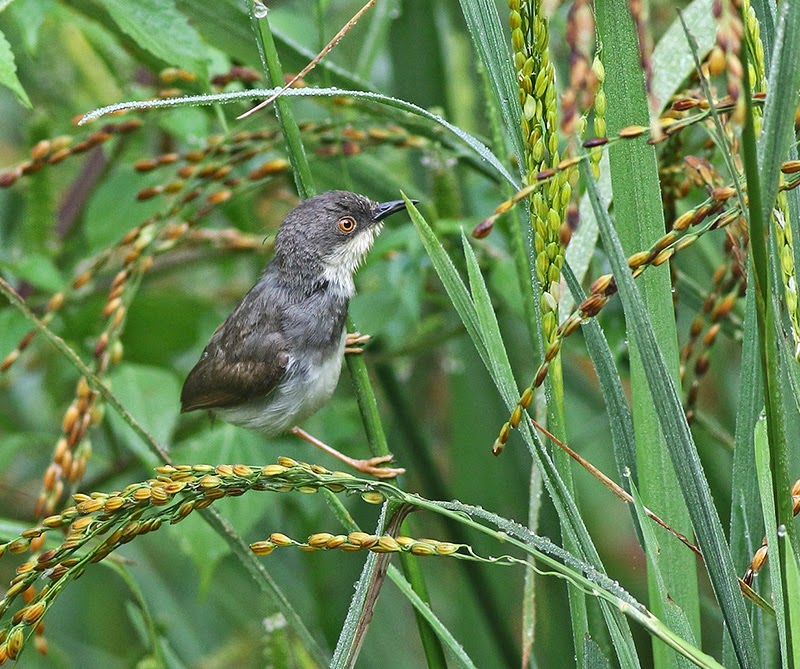 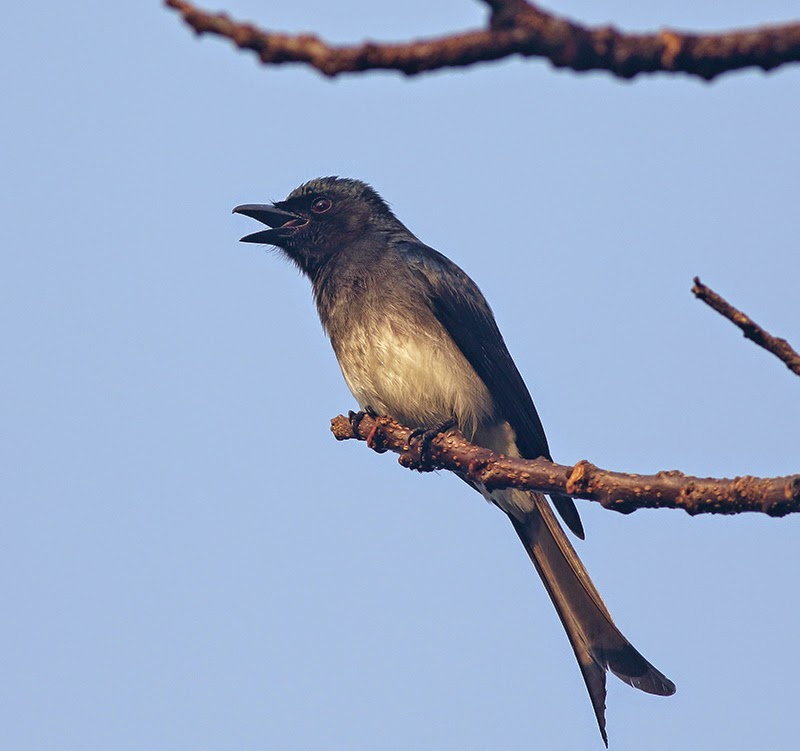 En route to Polonnaruwa we drove alongside a tank. These tanks (reservoirs) are common throughout Sri lanka and their construction began around 400BC but reached a peak around 1100 AD when King Parakrama Brahu The Great repaired the old tanks and irrigation channels and built a lot of new ones and  decreed that no drop of water should fall on Sri Lanka and not benefit man. The result is a huge network of tanks and irrigation dykes and means that much of Sri Lanka can take 2 or even 3 crops per year from the same piece of land. Some of these dams and associated lakes are enormous. (The lake beside Pollonoruwa being one such tank).

Anyway whilst alongside the tank we found red-wattled lapwing and had a white-bellied fish eagle and a shikra fly past.


At Pollonnaruwa we went round the museum, visited a number of the ruins and ended the day at Gal Vinhara where 4 Buddhas have been carved out of a granite outcrop. 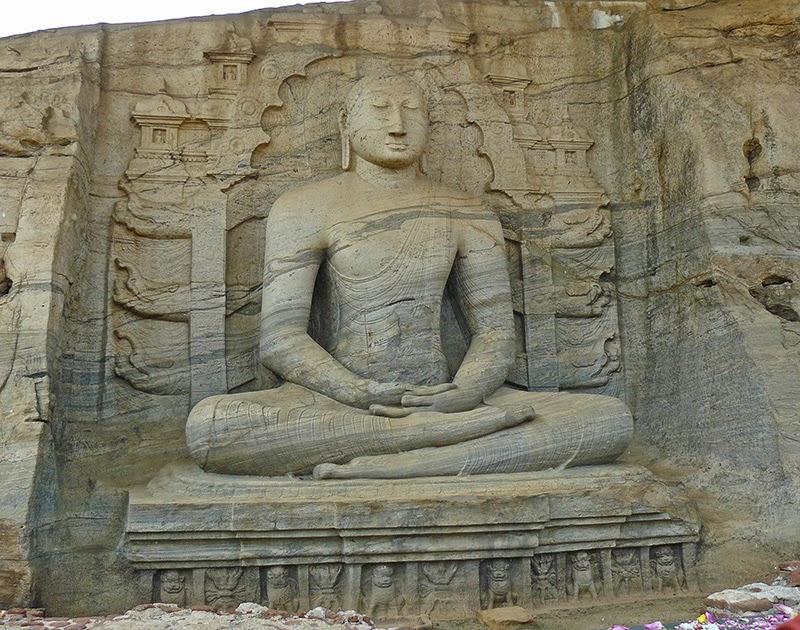 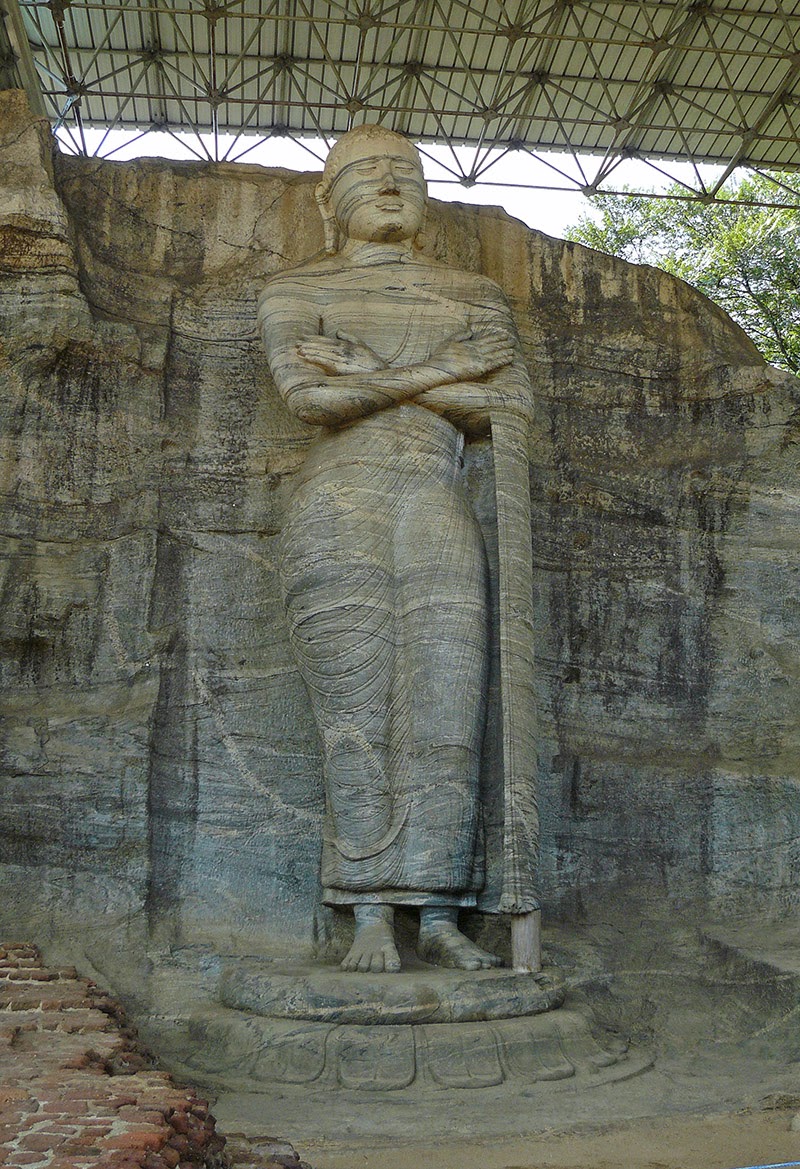 Back at Cinnamon Lodge it was off to the pool for a dip and a beer then another turn around the gardens late afternoon getting only one new species, a lesser goldenback but getting some pleasing shots of a number of other species including open billed stork, white-fronted kingfisher, paradise flycatcher, red-vented bulbul and orange-breasted green pigeon.


All in all another good day