26.3.2015.
Today we had our second mornings bird watching off-site which, other than a short excursion into some scrubby woodland, was spent mainly on the banks of the local tanks with most of the birding done from the back of the 4WD.
A couple of shots to show the typical habitats we moved through:

The day started with trees and water on one side and reed/grass covered banks on the other. In the reeds we had scaly-breasted munia, plain and ashy prinia.


And in the trees bar-winged flycatcher-shrike, black-headed cuckoo shrike and another cuckoo that I haven't manage to identify.

Further along we came to a farmer rotavating his paddies: 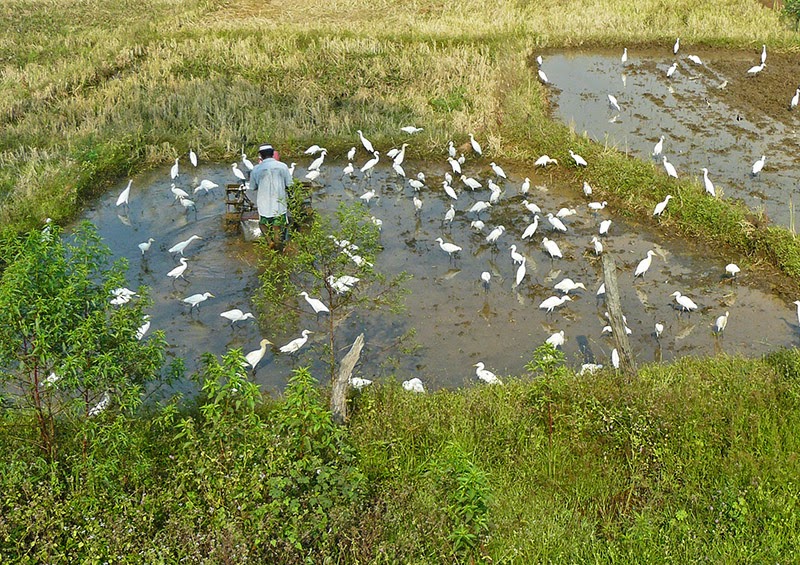 Why is it that if you try and sneak up on a heron/egret they fly off before you get within 30 yards but here they are only feet away from the farmer and totally ignoring us in the back of the 4WD. (More egret shots will appear on my Flickr site)

Another stop under some trees (the ones in the earlier picture in fact) had green bee-eaters on one side along with a plain prinia going to and from it's nest, tawny bellied babblers displaying and in the trees above us a pair of tree swifts. 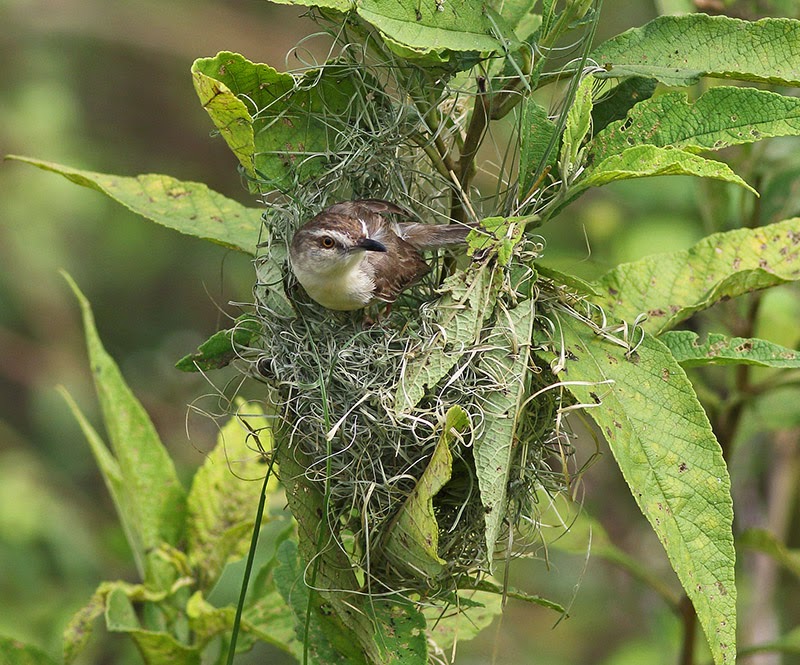 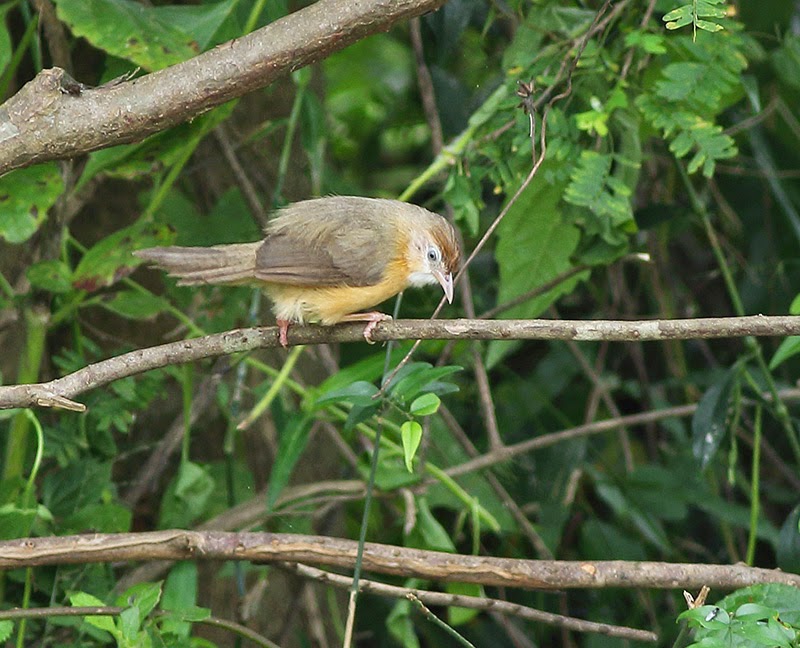 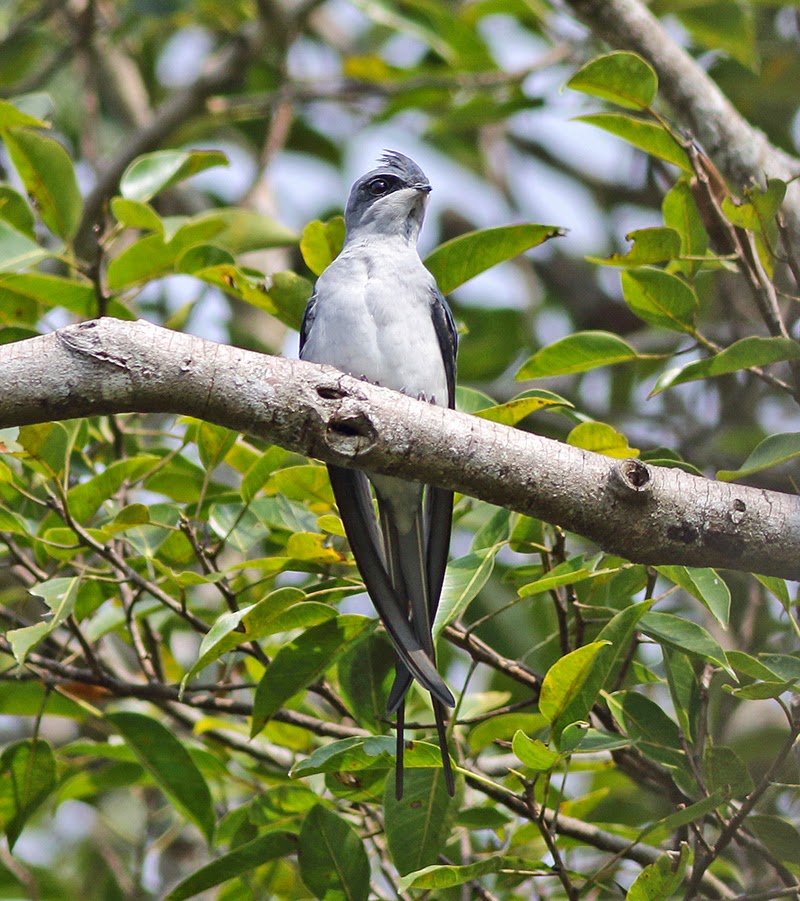 And whilst photographing the tree swifts a coppersmith barbet gave itself up to the camera. 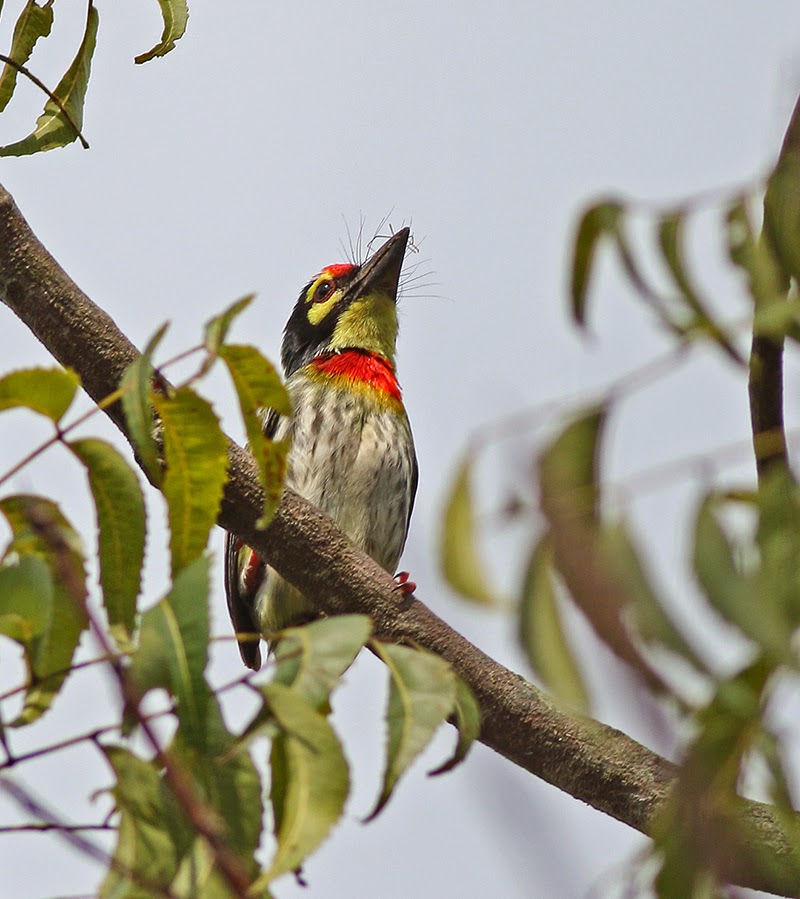 Further along and overlooking some recently planted paddy fields I spotted some waders and asked the Kalu (the driver) to stop. Quite remarkably these were the only waders we'd seen (and were to see) but in the paddy were Kentish plover, pacific golden plover, lesser sandplover and pin tailed snipe. Only record shots but nice to see and have to work out what it was we were looking at. 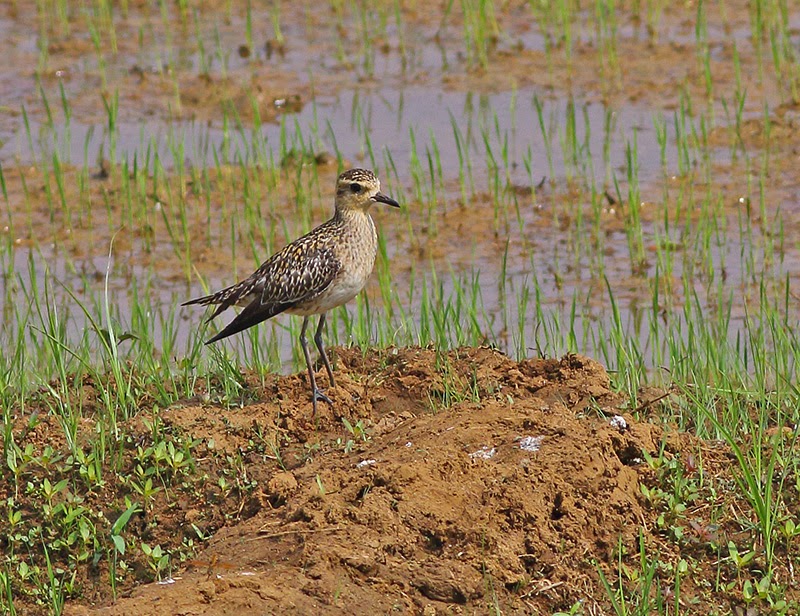 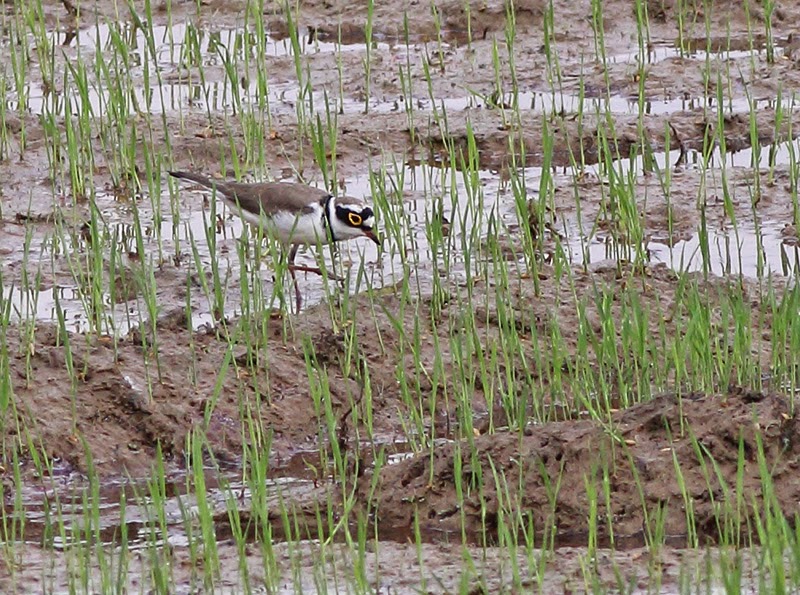 On he way back to the hotel we drove into what looked like someones garden (Rukmal had heard some hornbills)  and found more green bee-eaters, another Jerdon's bushlark but the hornbills had moved on.

During the afternoon I had my normal turn around the gardens at last getting some photos of blue tailed bee-eater, and whilst I was photographing that along came a magpie robin and the grey bellied cuckoo landed close by - it must have been getting used to me! 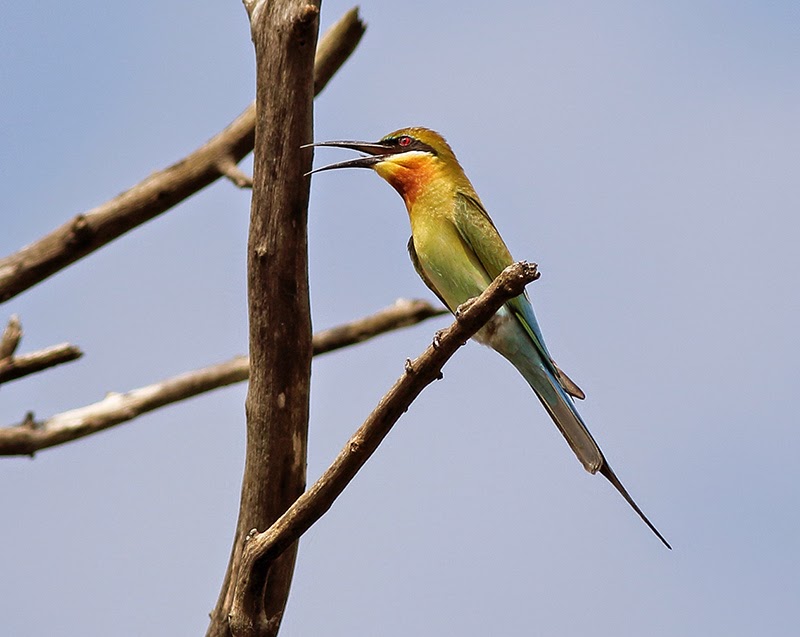 Wandering off and looking for the minivets I spotted something small high up behaing quite like a tree creeper - it was a tiny woodpecker; a brown capped woodpecker I was later to find out but at the time I knew I hadn't seen one so spent the next half hour following it's progress through the trees. 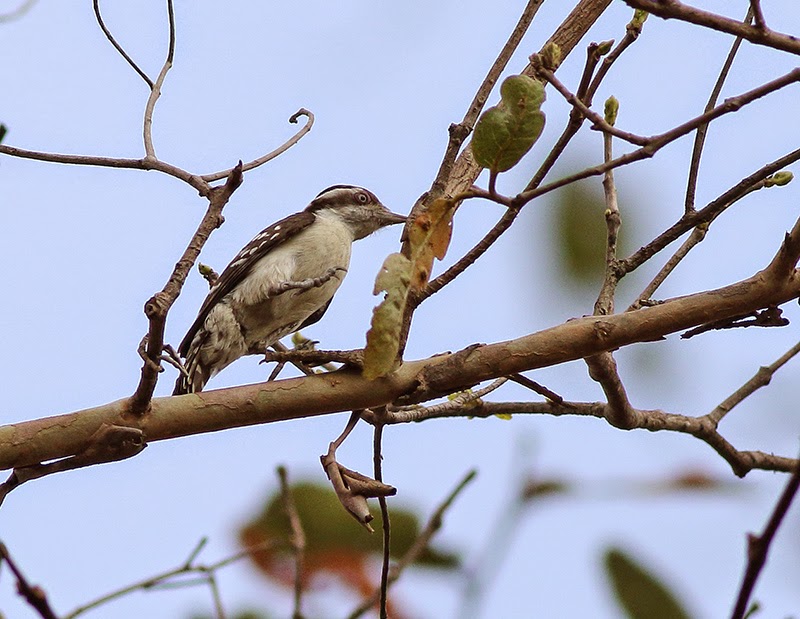 Then it was back to the farm/garden where I picked up another new species in the form of a white-naped woodpecker.


The ability of the garden to turn up new species after a week of looking was pretty impressive.

Posted by Greater Kent Birder at 12:42