We actually left Janjanbureh just after sun up for the trip back to Tendaba. This was because Tijan wanted to check out some sites on the way back for Carmine bee-eater along the South Bank Road.
First stop was a marabou stark colony. It was still only just getting light when we were there but another tick in the bag (but they are disgustingly ugly birds). 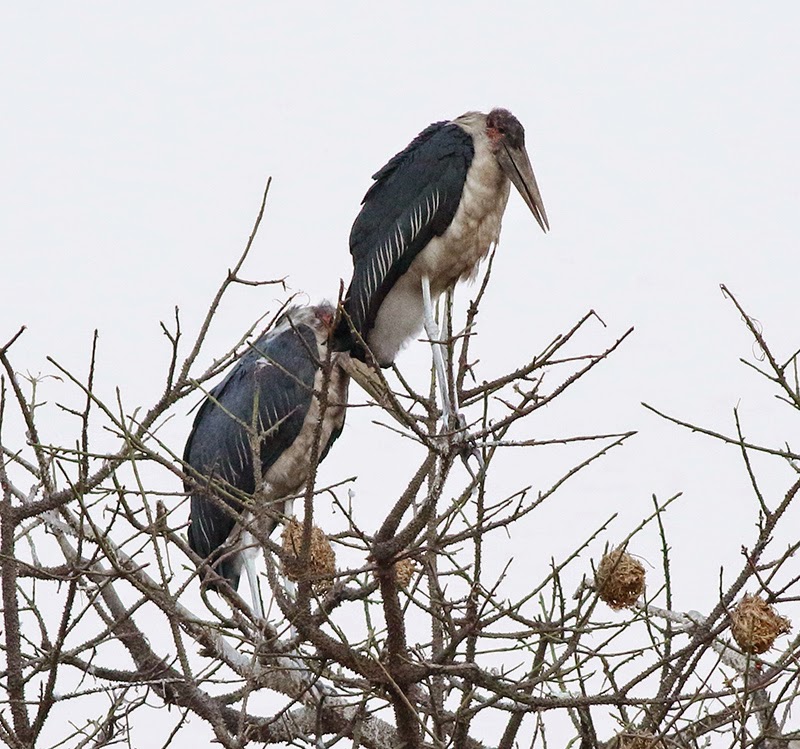 Next we went to a wide expanse of agricultural plots with associated dykes and a few trees/bushes. Here we saw all the normal stuff – spur winged plovers, lizard buzzard, an assortment of herons but as we wandered alongside one dyke we found a malachite kingfisher which initially wouldn’t let us get very near but eventually it relented and we all got good shots. 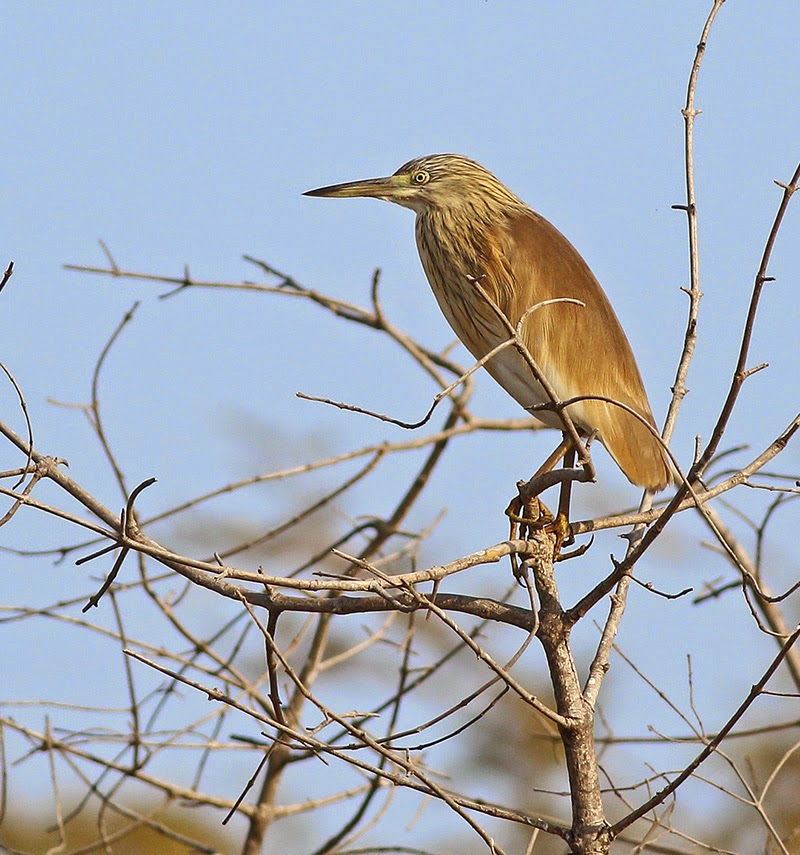 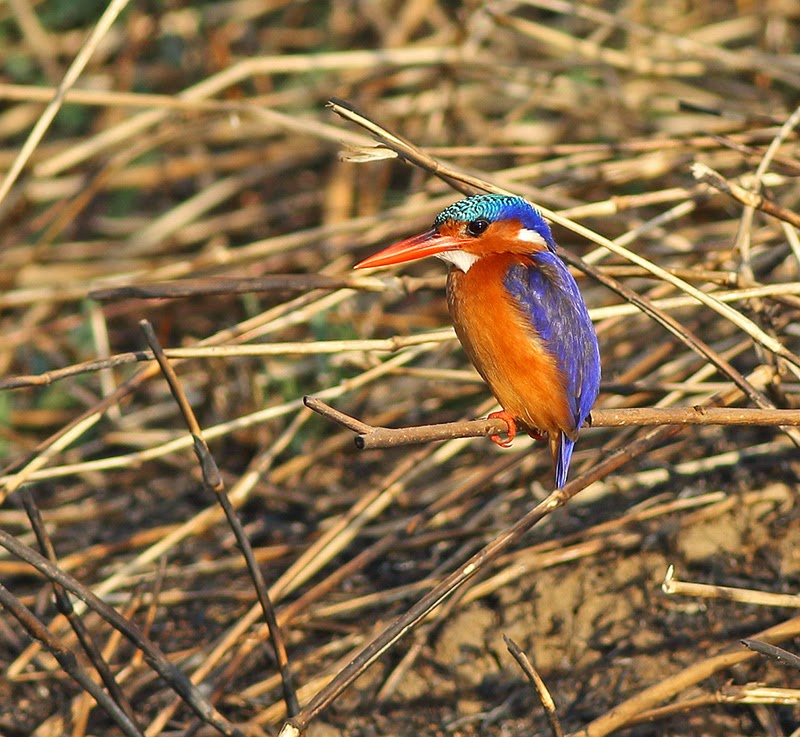 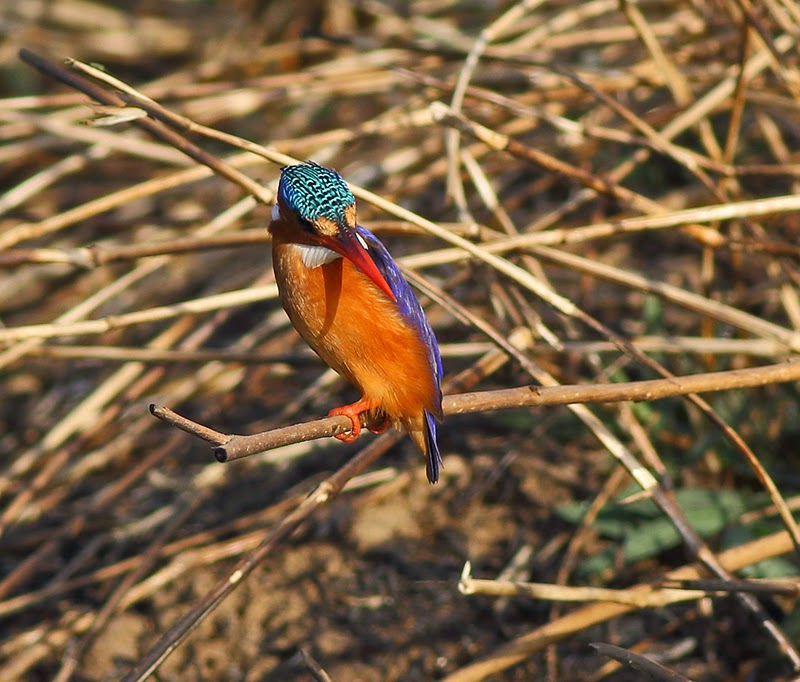 As we left this area a fish eagle was spotted so we stopped and had a look but at the same place a pearl spotted owlet was found right out in the open: 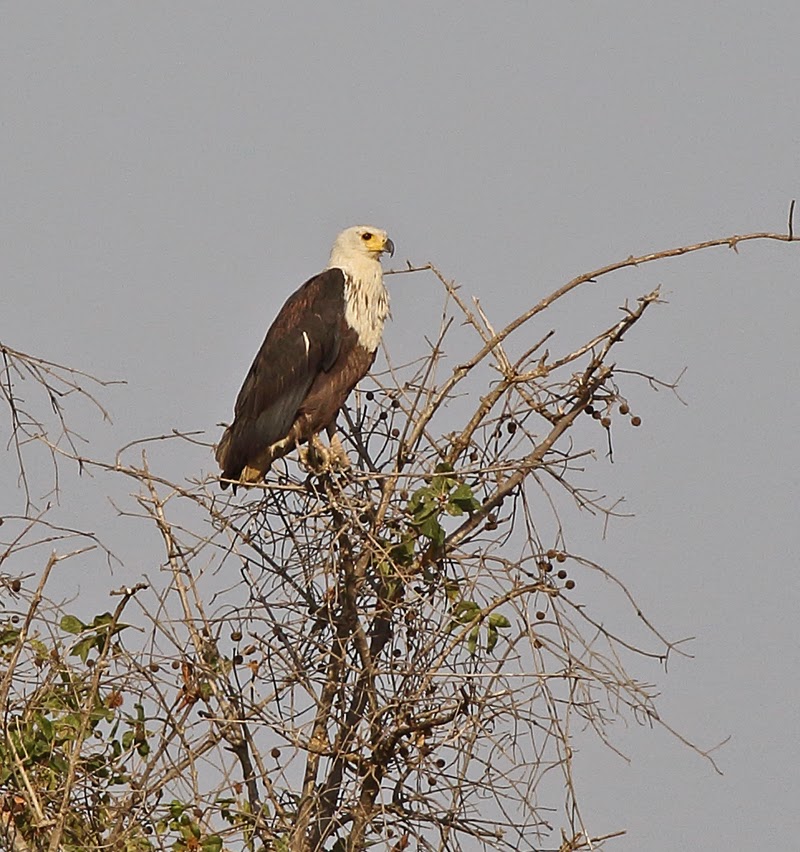 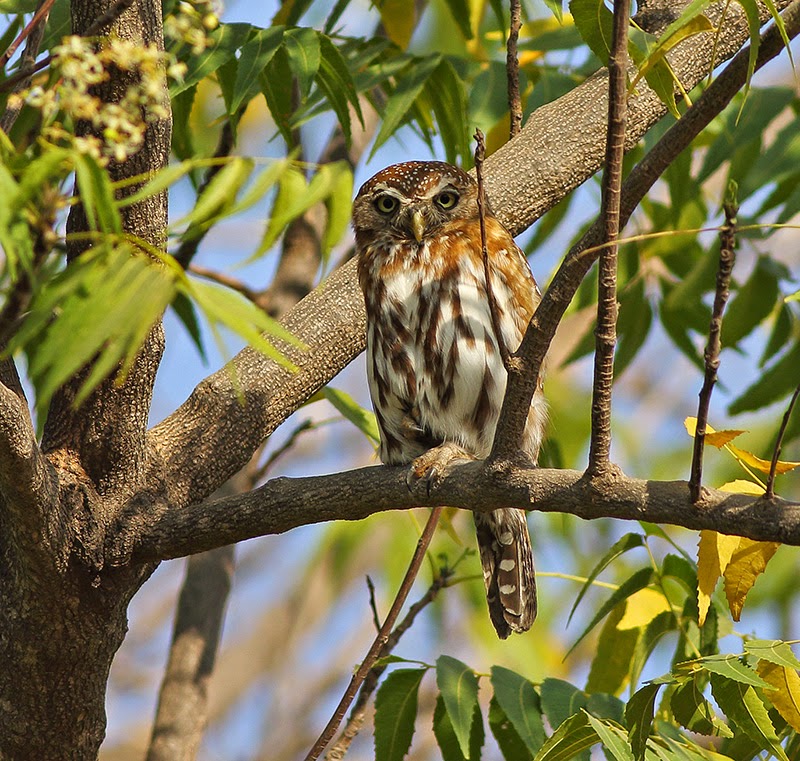 Our next stop was where the carmine bee-eaters had been reported. By now it was really hot but off we trudged, Tijan in the van. I don't think any of us had any real expectation of success but Tijan was as chirpy as ever. In the end we adopted the tried and tested meothod where Tijan would wander off in the sun whilst we sheltered under a tree.  Then he called us over. In the far distant there was something that could be a carmine. We stopped trudging and started striding out with purpose - all thought about sheltering from the sun and moaning about how hot it miraculously disappearing. He’d only gone and found them!!!!!
There were 2, possibly 3, there and though we never got close I did manage some record shots. 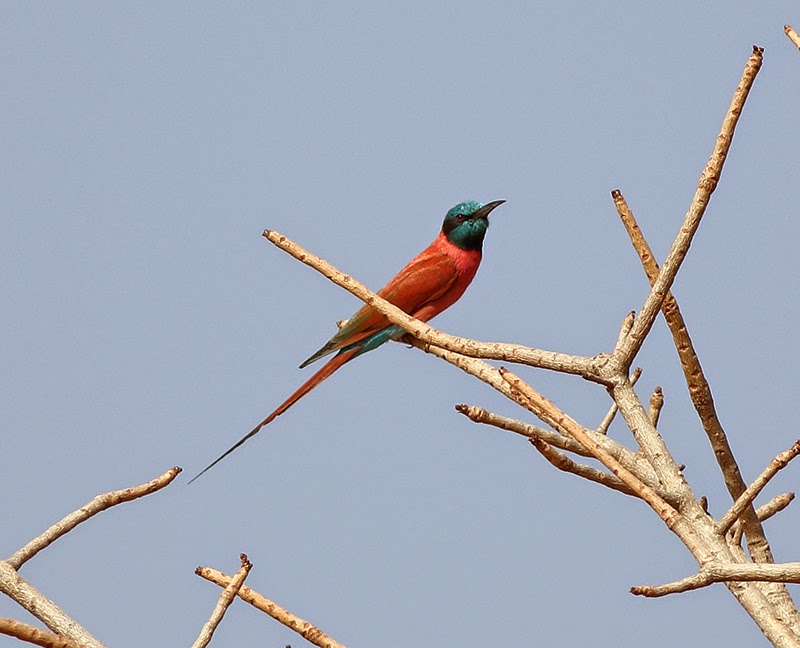 For lunch we stopped beside a lake for a Tijan-style  picnic – bread and sardines or bread and cheese. I stuck to water (my staple beverage not being available) but amused myself trying (not very successfully) to photograph a pair of pigmy sunbirds. We also found 2 more turtle doves, a yellow wagtail and tree pipit. 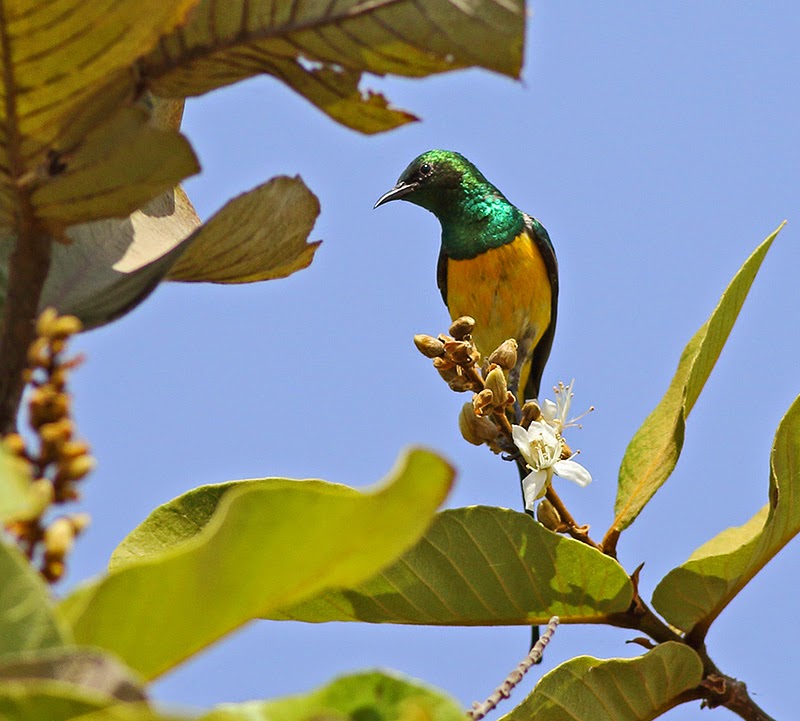 Back at Tendaba we dropped off out kit and met up at the bar area. I went down to the dock and had some time with the local gull billed terns then we went off to search (again) for bronze winged courser ……..again with no success. I must admit I had little faith in our being successful and only went because of Tijan’s earlier success with the carmines and in the knowledge that if I didn’t go they would all get stonking views and photographs of the courser. So I went thus ensuring everyone dipped. 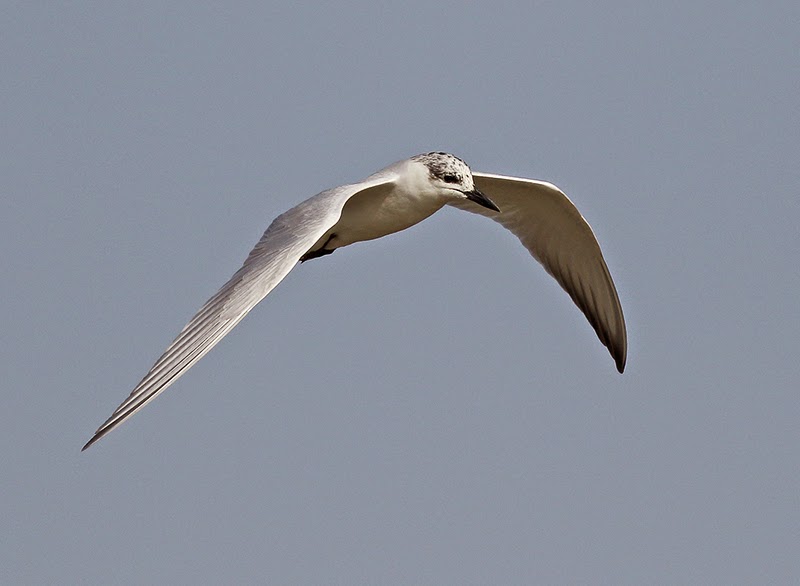 Posted by Greater Kent Birder at 20:50