8th Feb.
Today we moved on to Janjanbureh (was called Georgetown) – we were staying at the Baobolong camp – the old Bird Safari Camp now being deserted.
The camera got some early action photographing the village weavers making nests by the car/coach park as we waited to leave Tendaba camp. 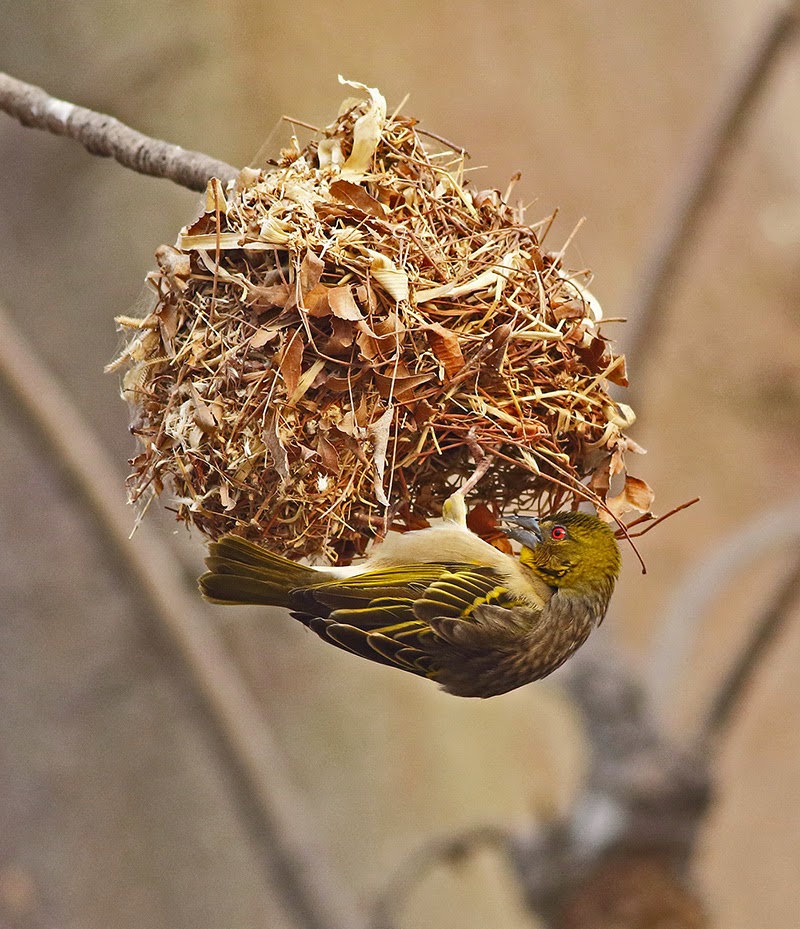 Soon after leaving however the bus screeched to a halt as Tijan had spotted a Bateleur in a tree some 200 yards from the road. Needless to say we all piled out and got some record shots. We had to keep our distance because Tijan had called back to some of the other guides/groups telling them where the bird was and didn’t want it flushed. Before we left another group had already arrived. 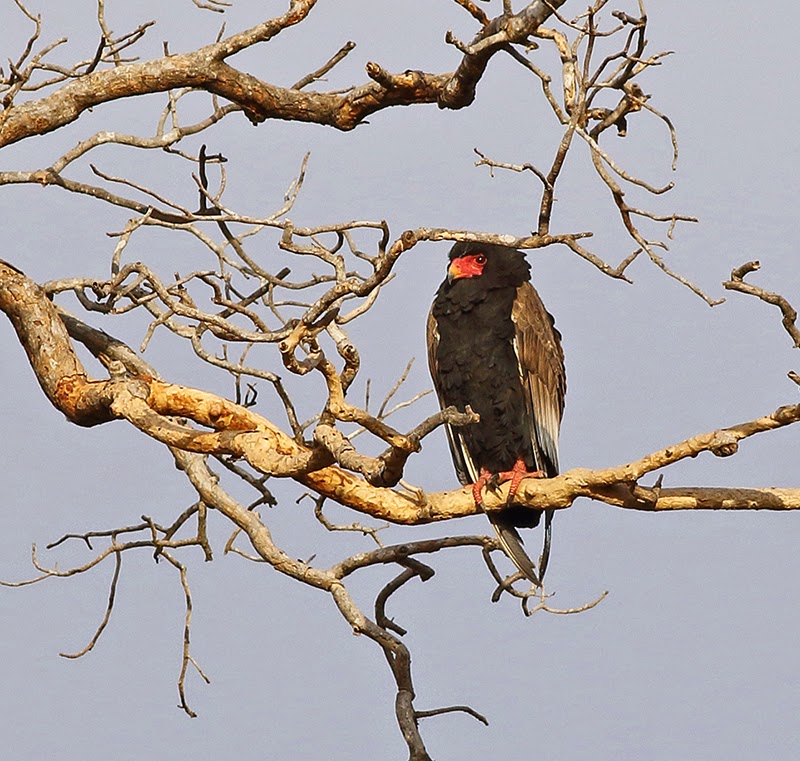 At Soma we turned north to the river crossing and there we sat for several hours waiting to get on a ferry and even then we only got on after a few bribes had been made. I suspect some of the trucks were there for a day or two waiting to cross - certainly the drivers were resigned to waiting setting up beds under their lorries.  This is one of the main border crossing between Senegal and The Gambia. I was told the Senegalese were happy to pay for a bridge to be built but the local Gambians didn't want it. Too many making a living from the ferry operation and the road-side trading as drivers wait hours or even days to get across.
Eventually we were across and going east along the North bank road. We stopped a couple of times near ponds/wetlands picking up marsh sandpiper at one (the only one we saw) as well as 2 painted snipe (distant) and overhead a couple of Ruppel’s vultures, and at one of them to look for a Egyptian plover. 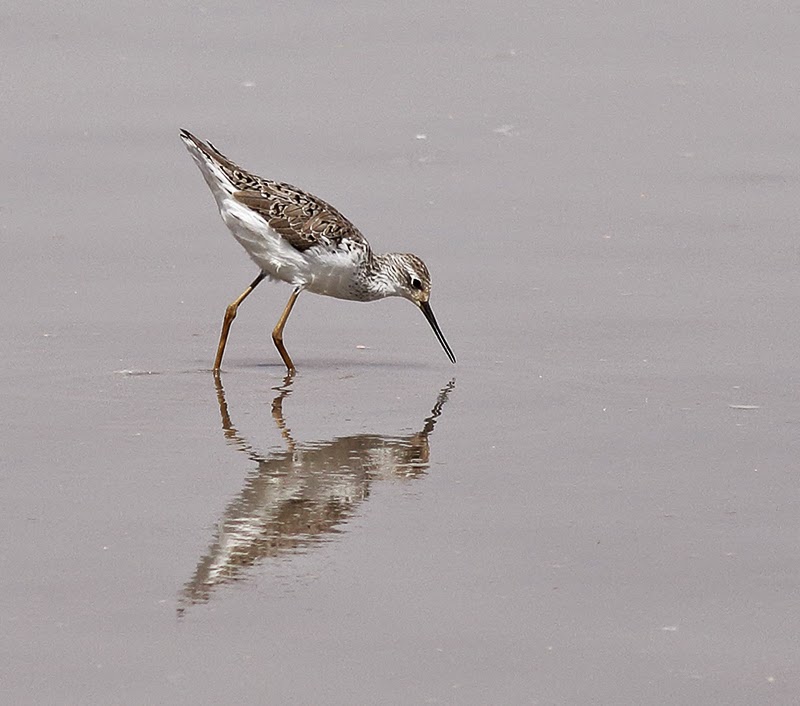 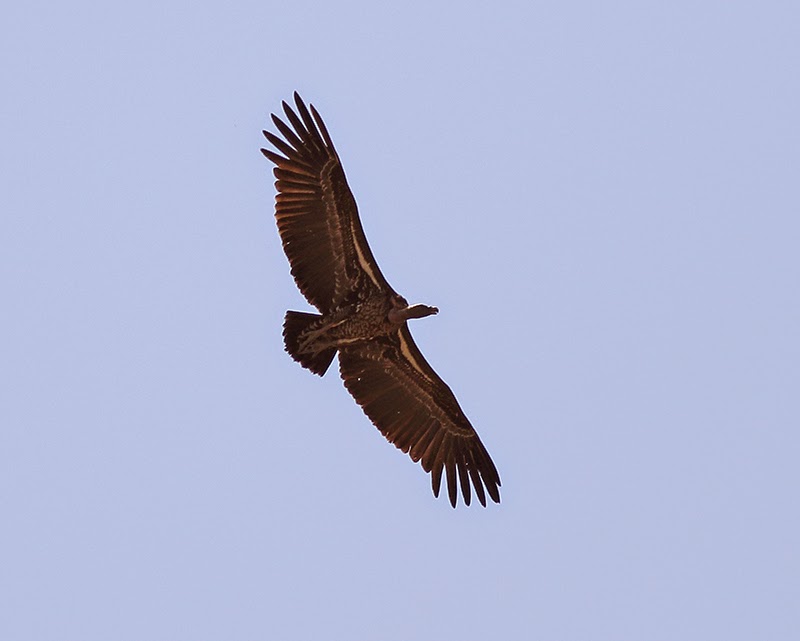 This year Egyptian plovers were in very short supply because they had migrated early but one had been seen at this set of ponds a few days before. All I can say is it wasn’t there by the time we got there so I spent the time photographing Namaqua doves as well as a juvenile harrier hawk and tawny flanked prinia. 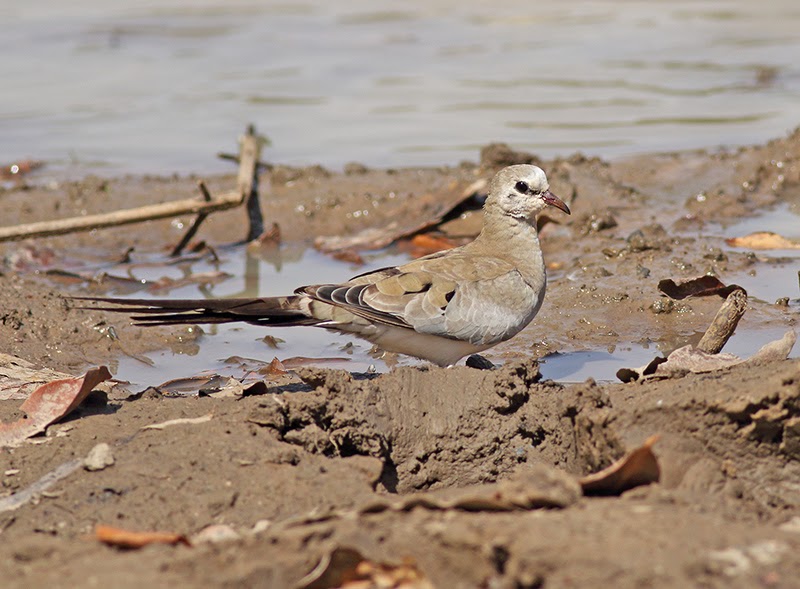 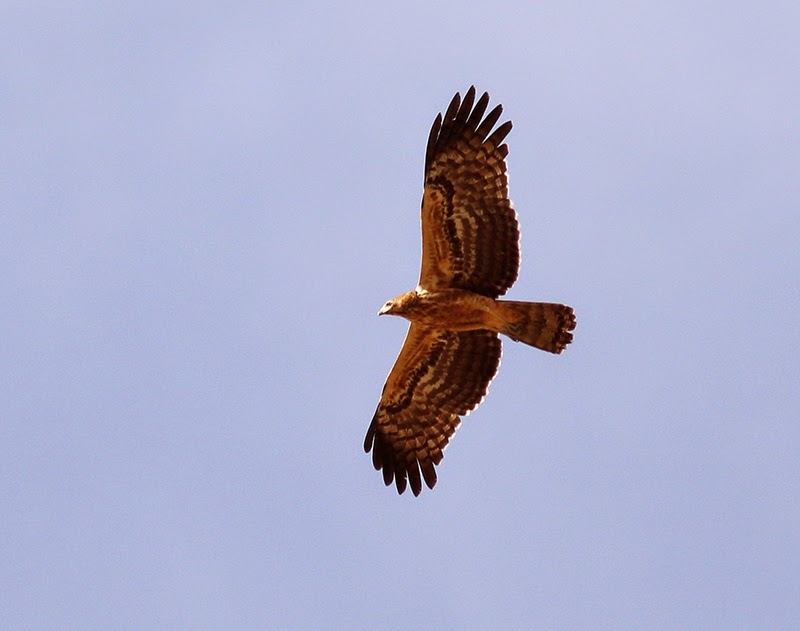 Our next stop was at the sand quarry for bee-eaters. Now I had been told we were going to visit a nesting site for red-throated bee-eater and whilst I hoped I would get some good shots I was half expecting to be disappointed. I was wrong and in spades. This was undoubtedly the highlight of the trip. The quarry wasn't as you would expect back in the UK. It consisted of an area where sand had been excavated by hand leaving  sand cliffs only 4-6 feet high for the birds to nest in. Birds were still going to their nest holes but there were lots flying about (70+?).
My first reaction was akin to a child is a sweet shop – which bird do I try and get near to, where should I stand, rushing back and forth and actually achieving nothing. I literally began to panic that I would screw this opportunity up. 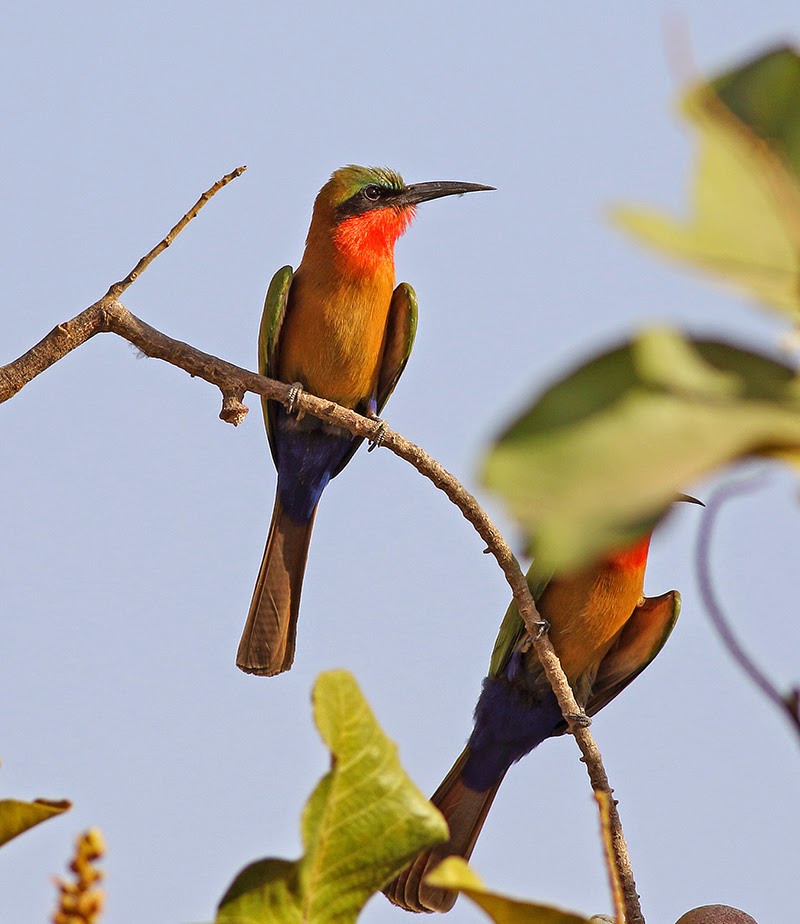 Finally I calmed down (a little), found a perch the birds seemed to like and stood in the shade of a nearby tree. They kept coming back and as the got used to my presence I edged closer until I was probably only 10-12 yards from the perch. The only real problem being the shallow depth of filed that resulted. 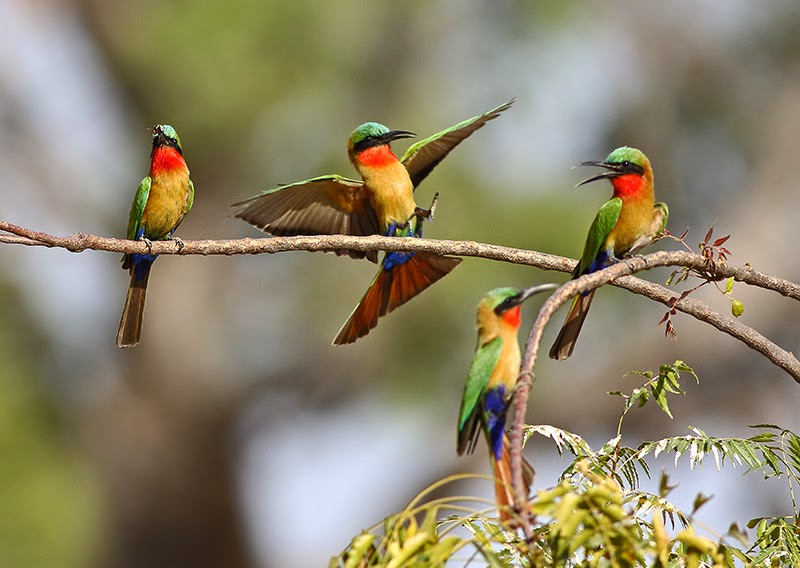 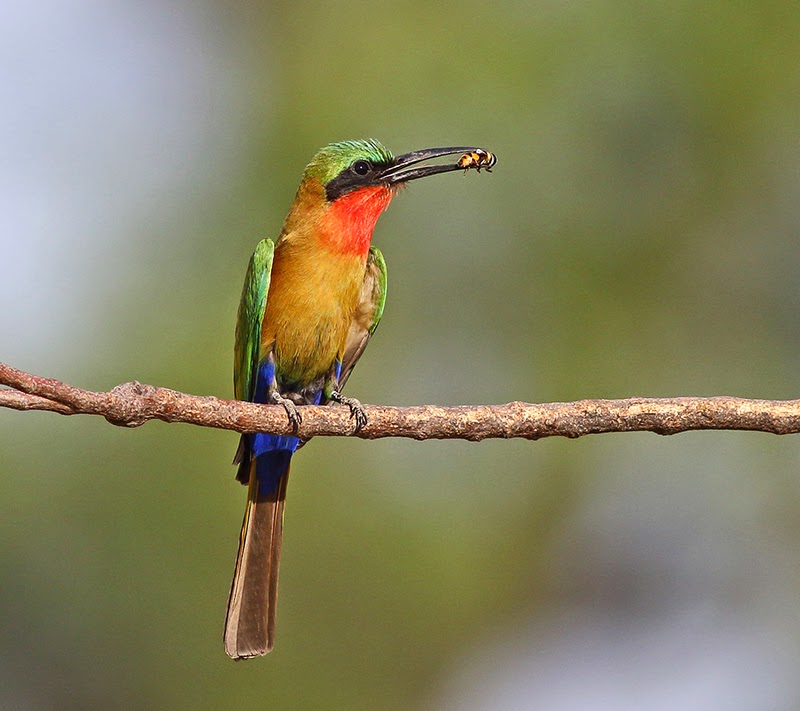 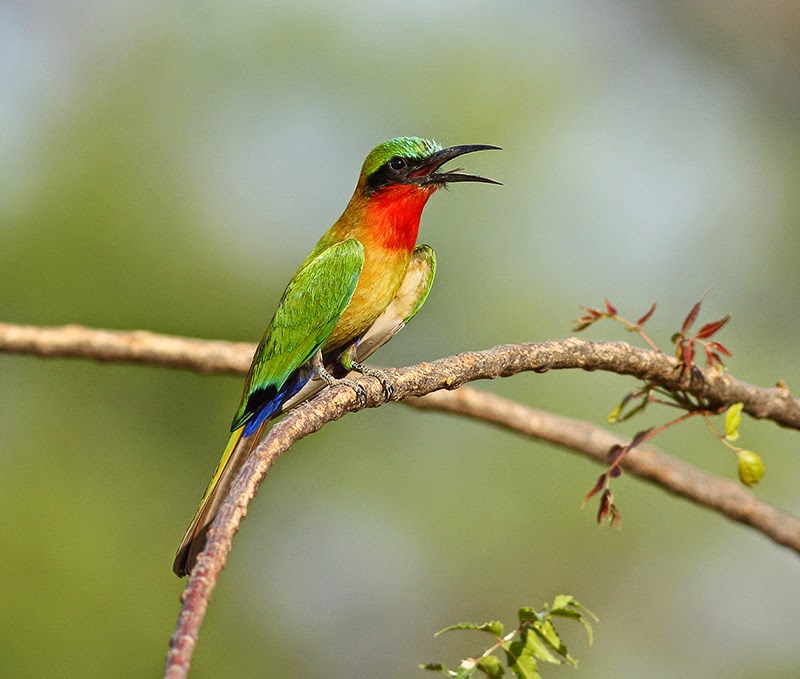 Even now I wasn’t completely at ease because I had noticed a little green bee-eater coming to the tree to my right and whilst it’s favorite perch was in the shade it kept drawing me away from the red throats like a siren. 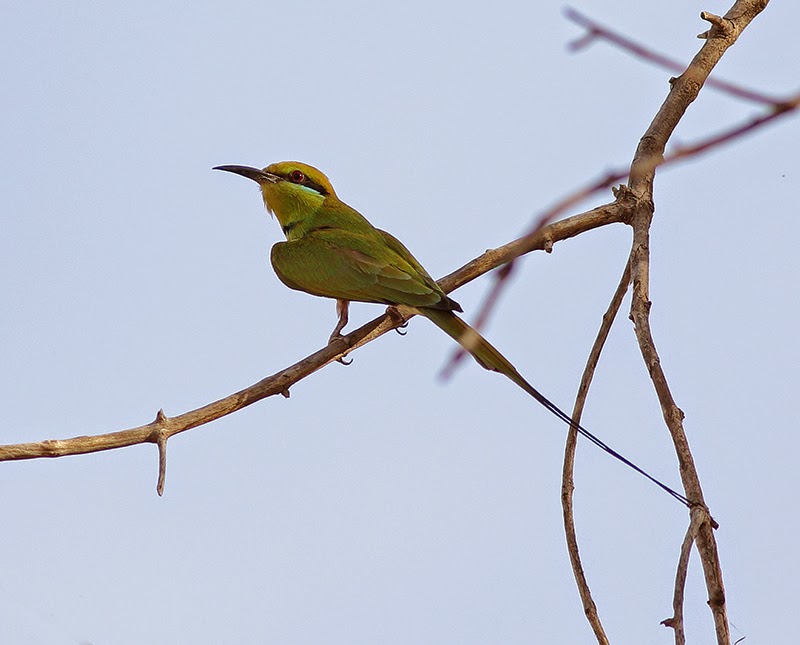 Then there was the distractions from the others in our group most of whom, after a few minutes with the bee-eaters, were wandering around looking for other stuff. First I was called over because they had found some northern anteater chats, then they found a small flock of Exclamatory paradise whydahs. 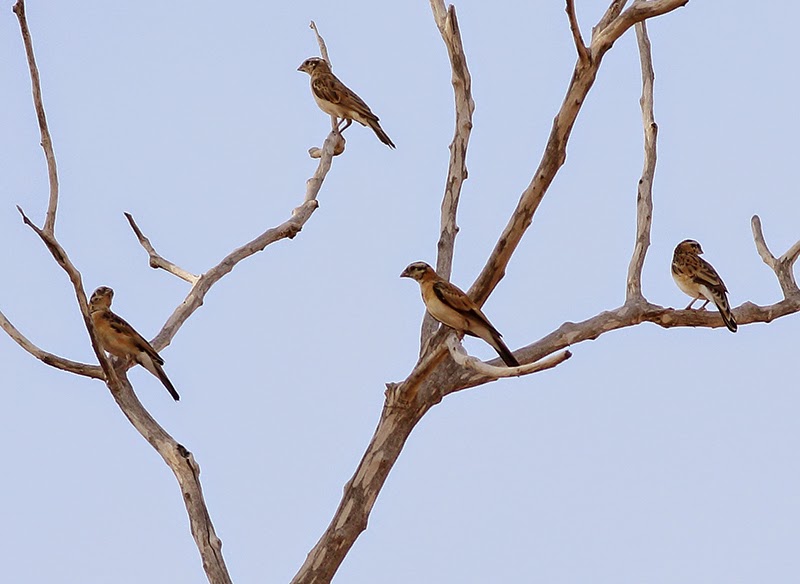 It was great they called me over but I was always itching to get back to my bee-eater spot.
Also whilst photographing the red throats a shout went up. I didn’t hear what was said but I could see what they were shouting about –  2 African hawk eagles passed right over me like low flying Vulcan bombers only 30 or so feet above my head! 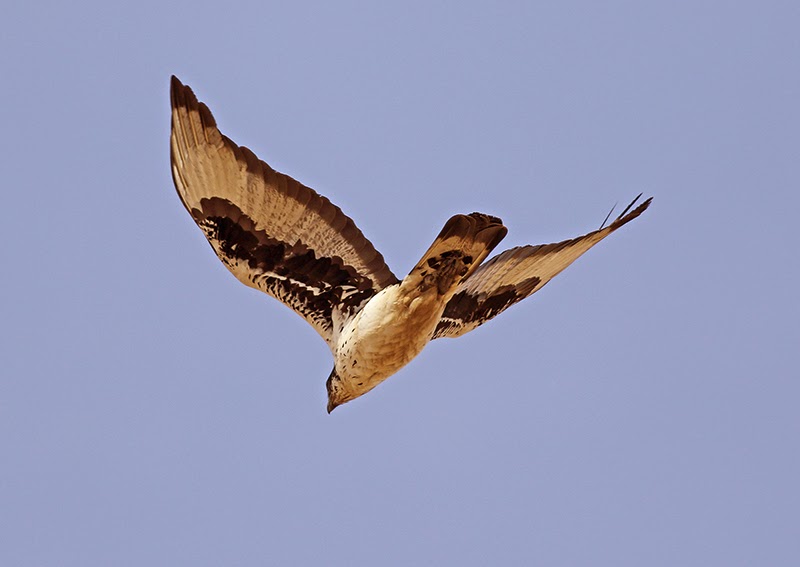 I fired off a couple of shots in hope rather than expectation but amazingly the birds turned back and circled twice before finally disappearing. 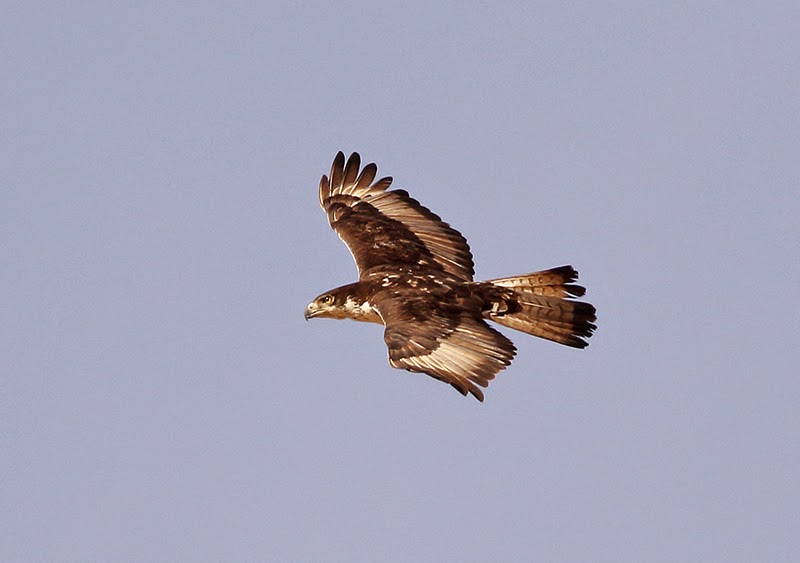 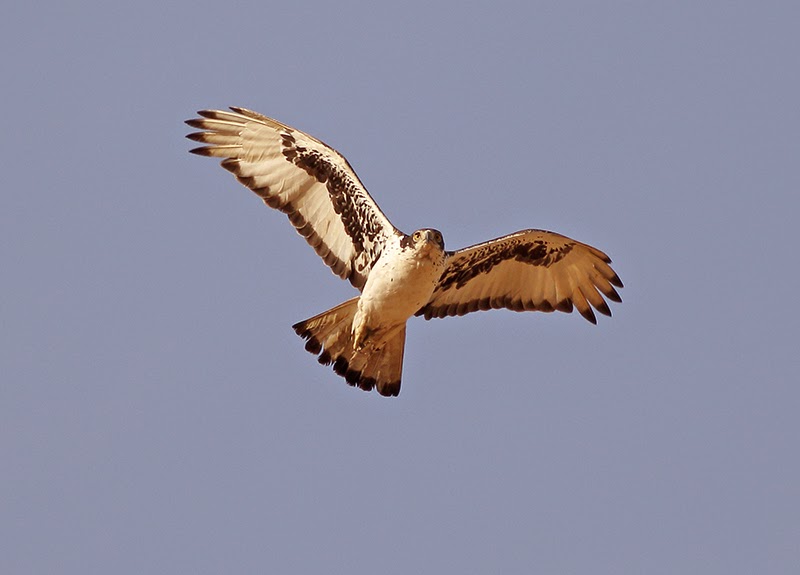 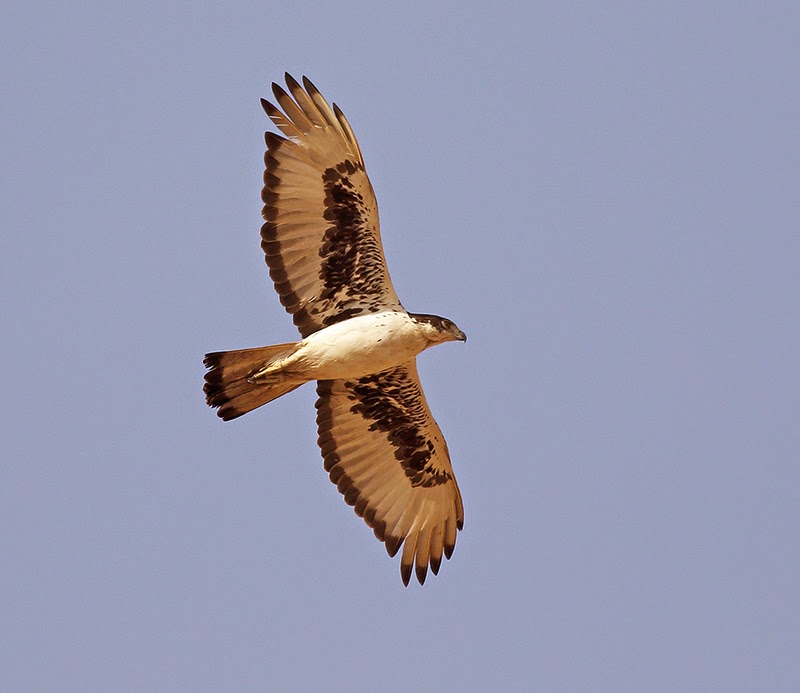 Then it was back to the bee-eaters again and a breif attempt at getting some flight shots but most were rubbish and I kept going back to those perched a few yards away. 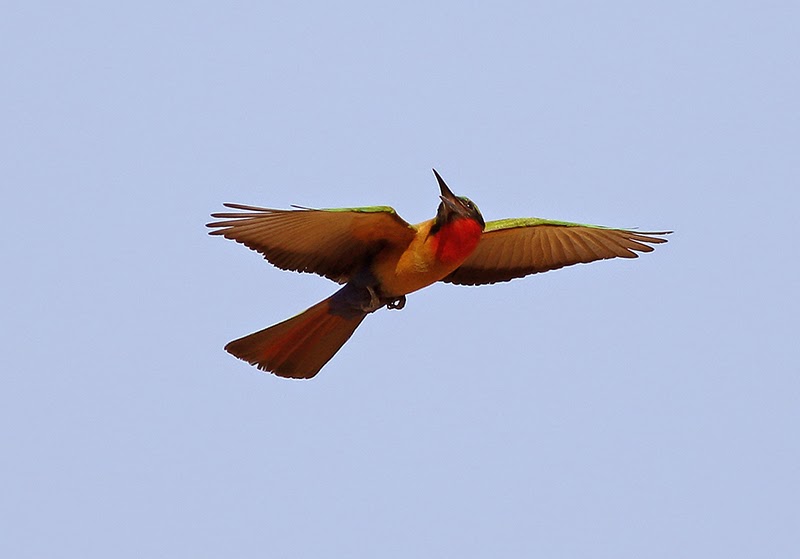 Eventually I called it a day with the red throats and started moving towards where the others were collecting but then I spotted another little green bee-eater, this time in the sun. And what’s more whilst working closer to him the anteater chats came to join us! 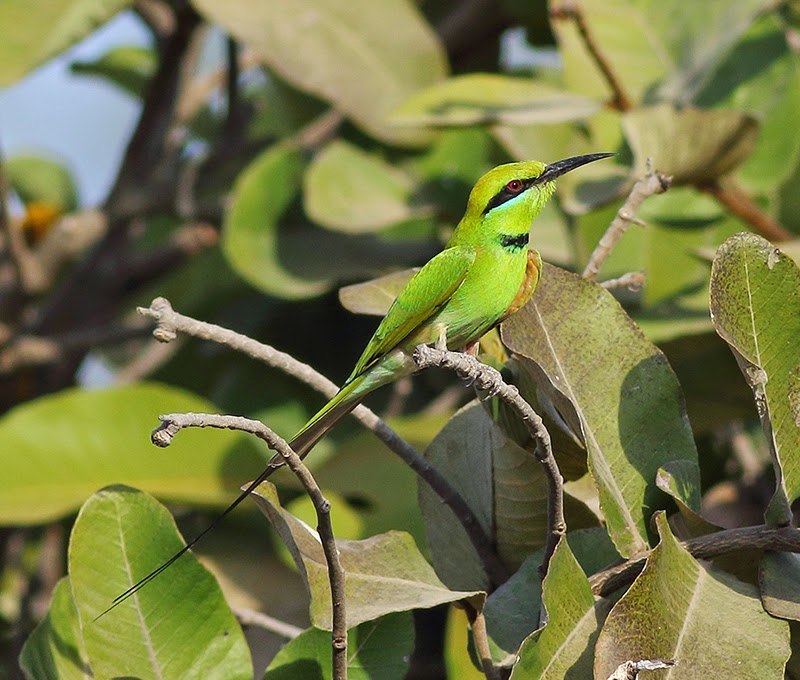 Eventually it was time to return to the bus but not before finding some glossy starlings – lesser blue-eared and bronze-tailed. So I got some shots of a lesser blue after all. 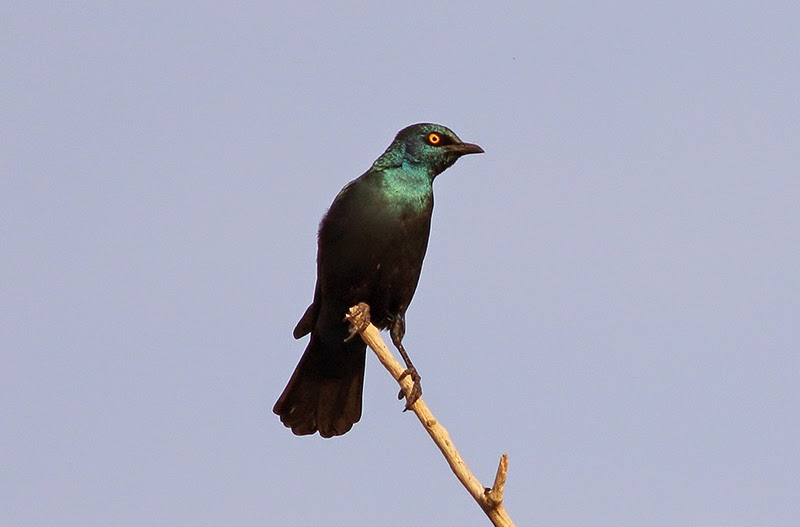 On reaching the ferry across to Janjanbureh it was clear that the bus was going to have to wait a little while to get to the island (the ferry could only take 3 vehicles at a time) so we went by boat! There’s no real jetty at Baobolong camp so the boat pulled up on the mud, some bits of wood were put down for us to stand on and we scrambled up the bank – all this whilst watching a swamp flycatcher that seemed to call this area home. It was getting pretty dark but I would return.
The accommodation at Baobolong was even more basic than Tendaba and I used my own mosquito net. Food wise I had something and chips plus the mandatory beer.
It had been a truly great day but I wsh I could have had another session or two at the sand quarry..

Posted by Greater Kent Birder at 18:36