For our last full day in the Gambia Steve I decided to stay around the Kotu area - I for one  had had enough of the coach and wanted to concentrate on taking some pictures rather than hunting out new species.
We decided we'd have a morning walk along the Cycle Track. We had walked the track late afternoon on our first full day but hadn't really seen that much which seemed at odds with what I'd read about the area. For those who don't know the track runs alongside a wet agricultural area (west side) and on the east side are a few pools. The area is very good for herons (its just being a matter of how close they are) but today the pools also held African spoonbills, Hadada ibis and sacred ibis. We were looking into the light so the views were not ideal but the only other Hadada ibis we'd seen was at Georgetown/Janjanbureh and we'd not seen that many spoonbills either. 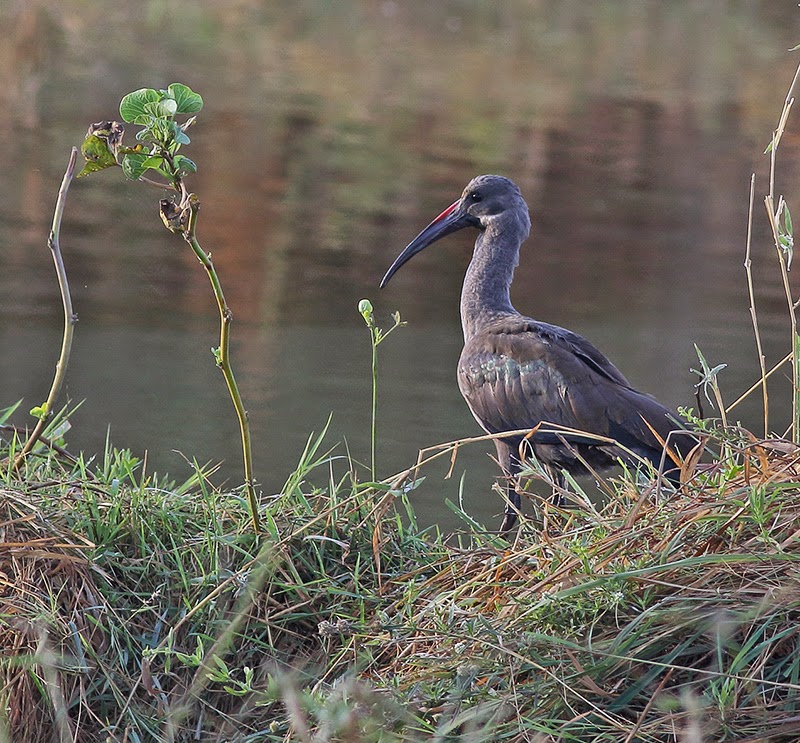 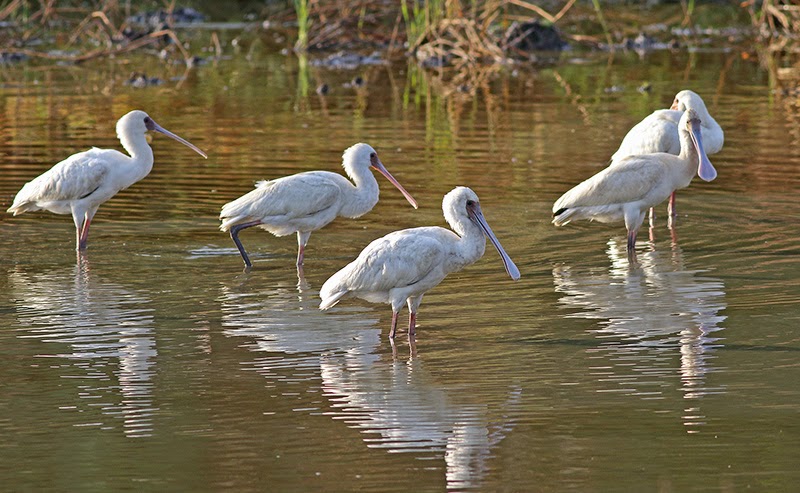 Along the track we'd acquired a guide - he just followed us saying he had no work that day so he might as well wander around with us - shrewd operator - and he said he could show us painted snipe - a bird that we had seen on two occasions but very distant and partially obscured views.

Paulo took us to the snipe place which was a shallow pool surrounded by mangoes with a hide constructed by the local bird guides. There were around 20 painted snipe present (plus at least one common snipe) with clear unobstructed views. Just why Tijan hadn't taken us there when we'd been so close I have no idea though it may be because the bird guides like you to pay to use the place (they built it so why not I say). Whatever it was a missed opportunity that had now been rectified.
The light wasn't in the right direction in the morning so we planned to return late afternoon.
Also on the pool we had whimbrel and sedge warbler. On the way back to the cycle track we found 4 gonoleks, a family party of wood hoopoes and I got my best shots of black-headed heron. 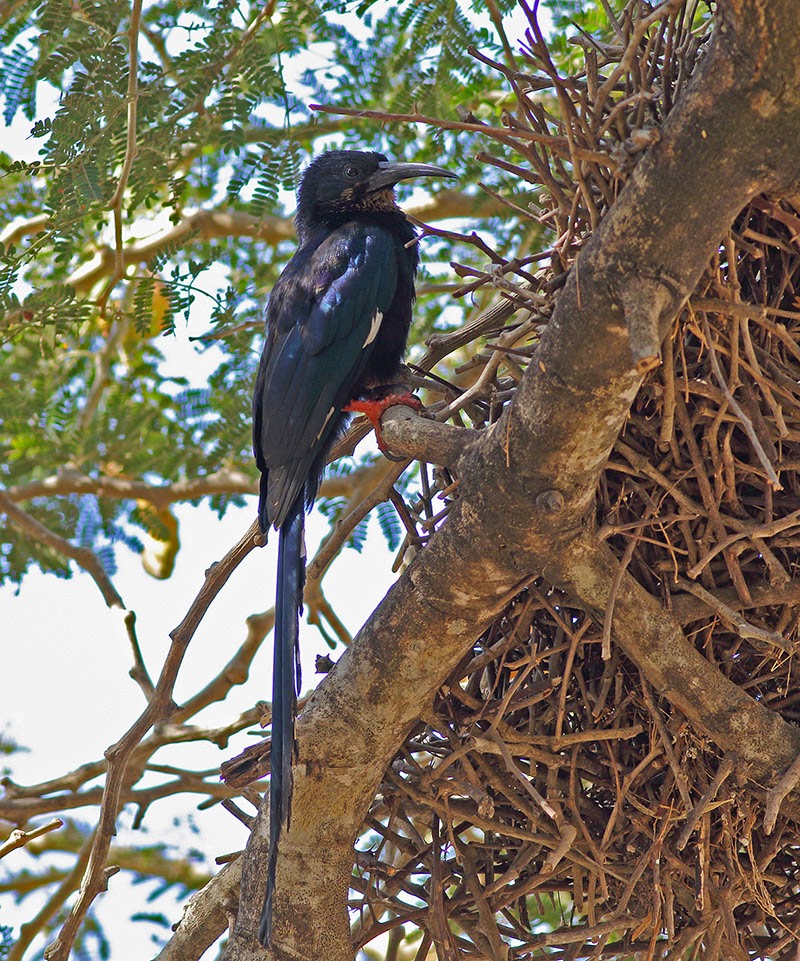 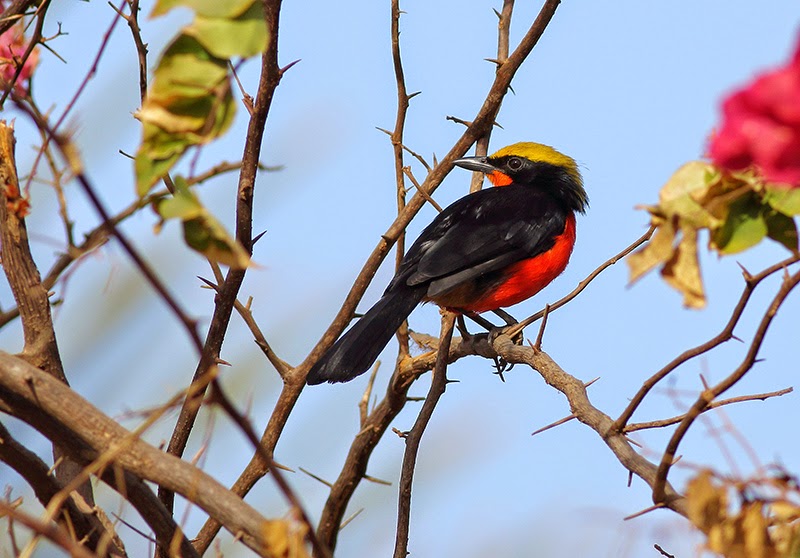 Once back on the cycle track Paolo, pointed out a harrier hawk that some how Steve and I totally failed to see - my excuse is I was looking at finches in the track-side scrub and on the roller front we found a group of blue-bellied rollers and a very obliging broad billed roller. We also saw a very pale/washed out/bleached bee-eater that I presume was a blue-cheeked. 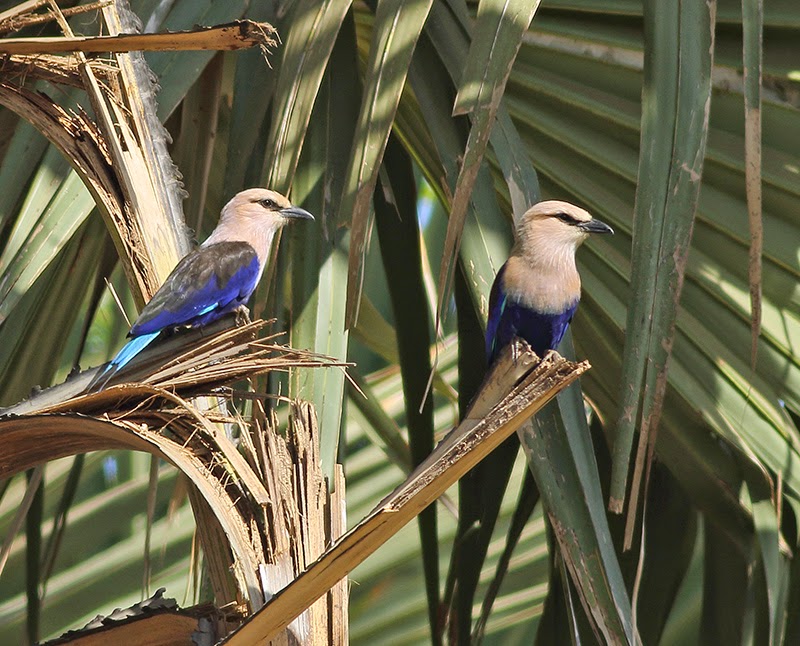 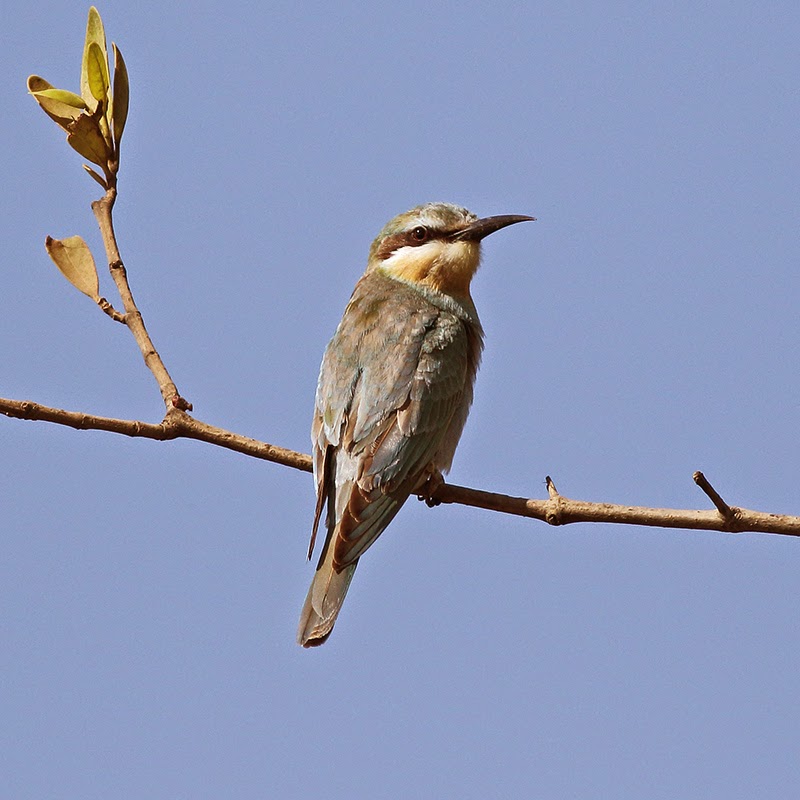 By now time was getting on and the temperature rising fast so it was back to the hotel for a drink and lunch for Steve and a swim for me - now that's what I call a birding holiday - a bit of effort in the morning, then relax around the pool and go out again when it gets cooler!

Mid afternoon we went out again stopping on the bridge to try and photograph a blue-breasted kingfisher and a close long tailed cormorant. 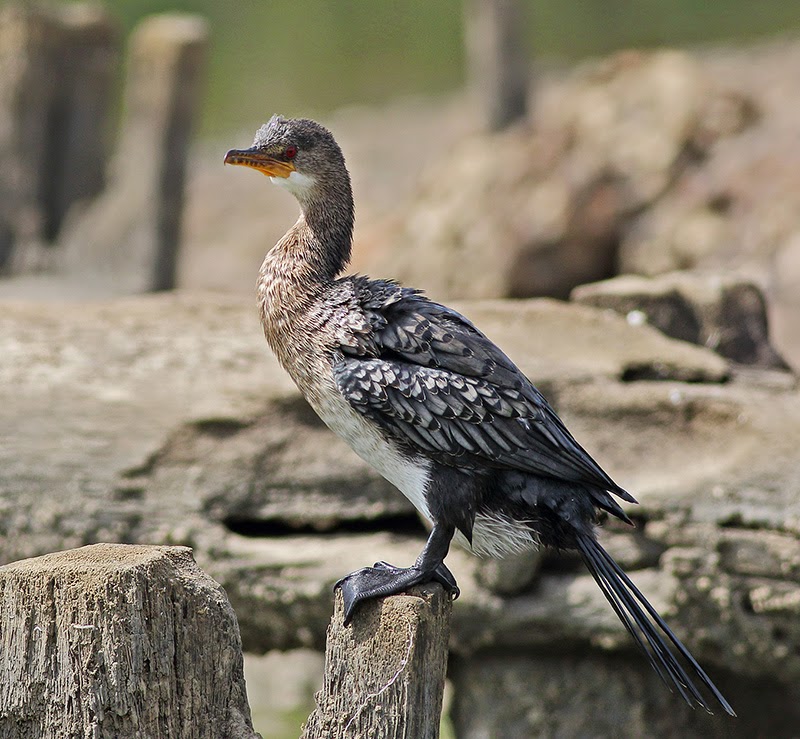 Whilst blue breasted kingfishers are not rare and we had seen them on a number of occasions but it was never at close quarters and never with clear views. At first this one was no different but luck was on our side as it changed positions several times getting closer and by positioning the camera a foot or so off the pavement and shooting between the bridge railings I could just about manage a clear shot. Superb birds. 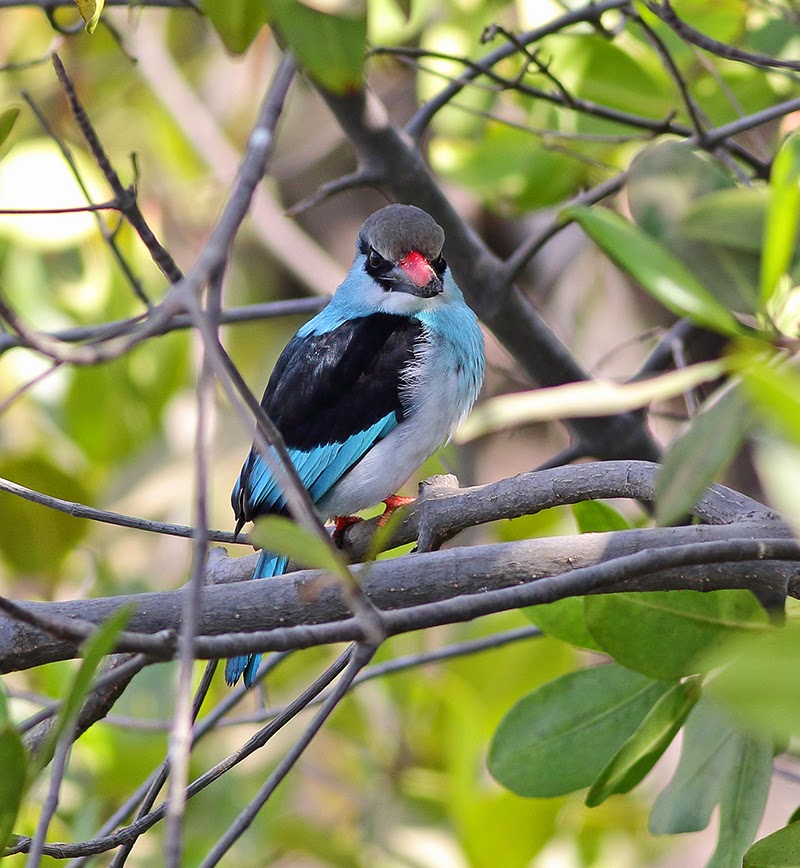 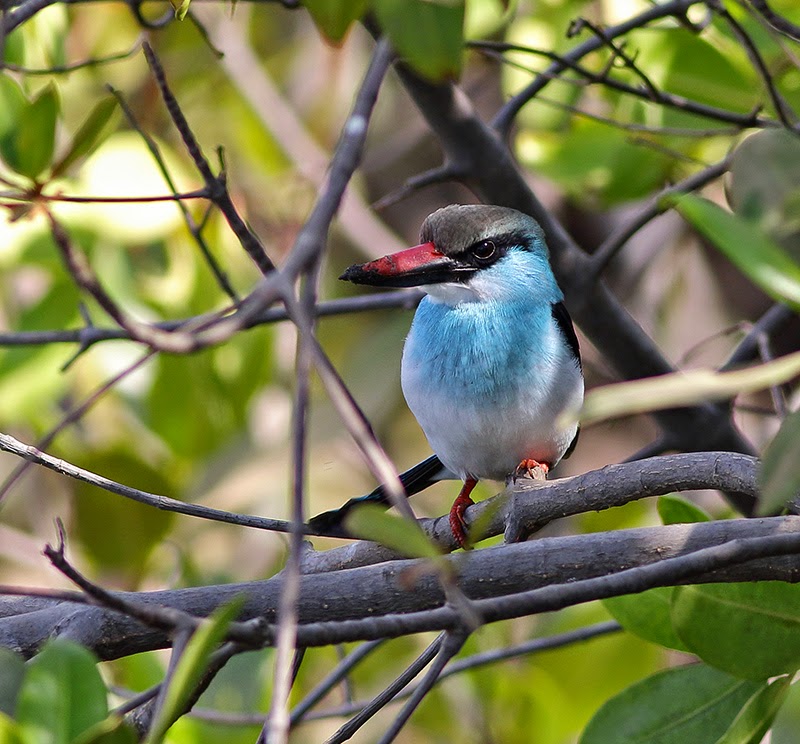 Then it was off to the painted snipe. 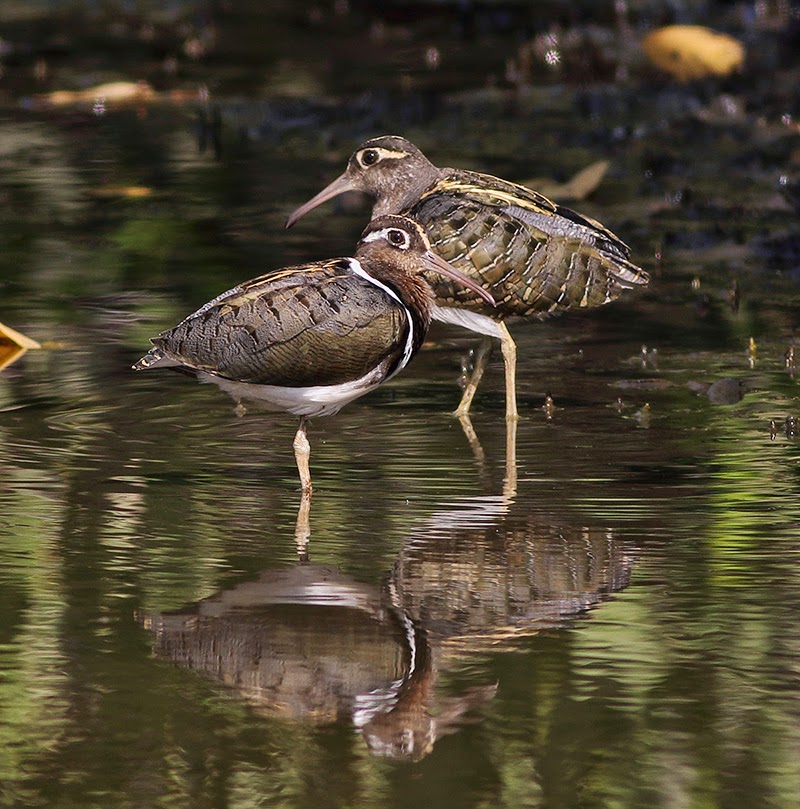 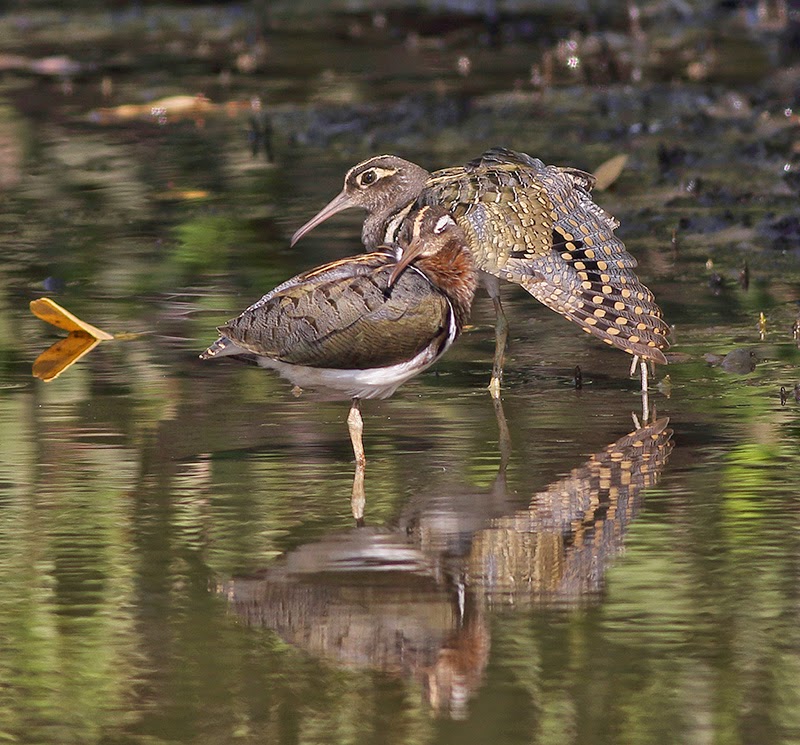 The problem with the snipe is that they just stood there normally with their heads under a wing. As a consequence they never come closer than when you first arrive so after 15 minutes it was time to move on.
Paulo then took us an old sand quarry that was now filled with water and a large reed bed. The hope was we'd see little bittern but didn't but it did provide our closest views of white faced whistling duck. Also there were jacanas, herons, little bee-eaters and a few little brown jobs in the reeds that may have been warblers of some description but I never got a decent view. 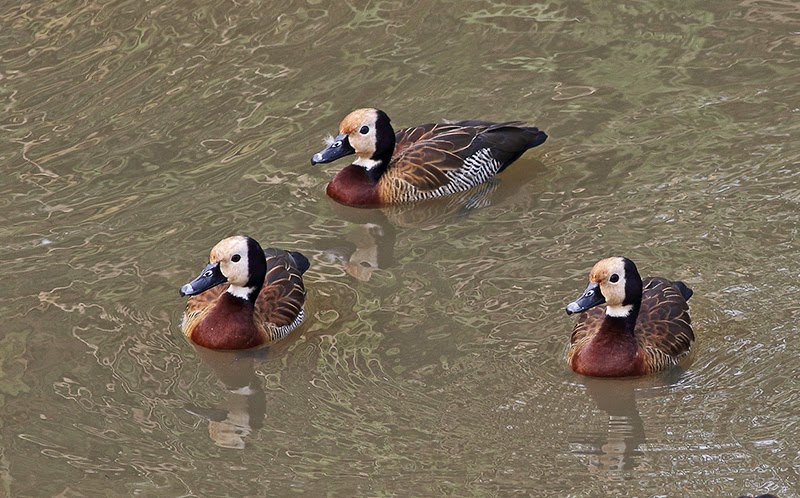 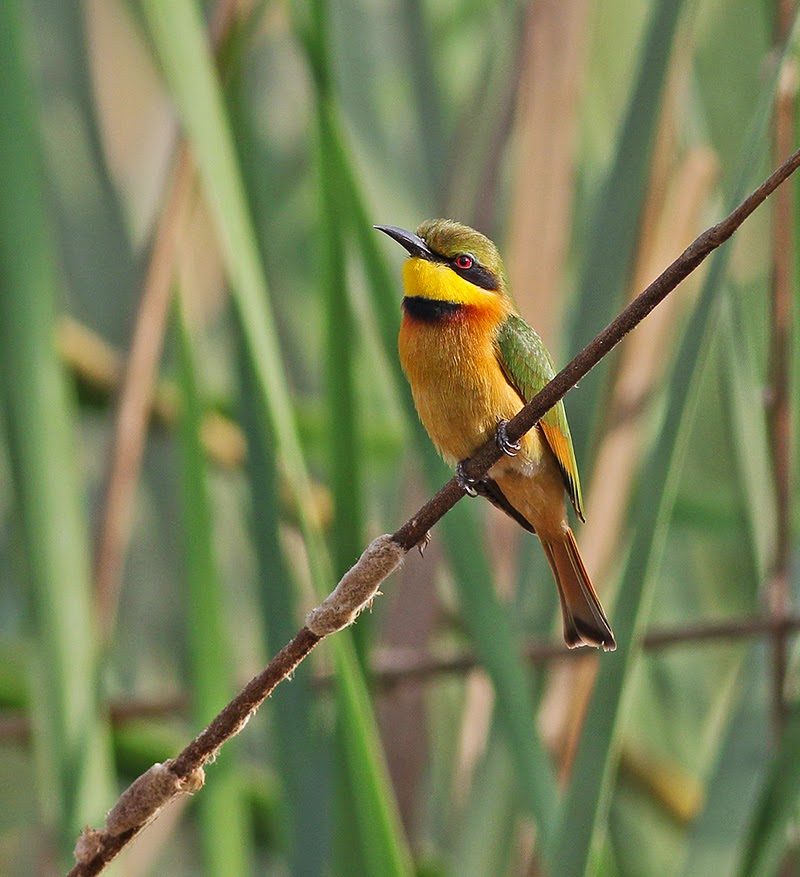 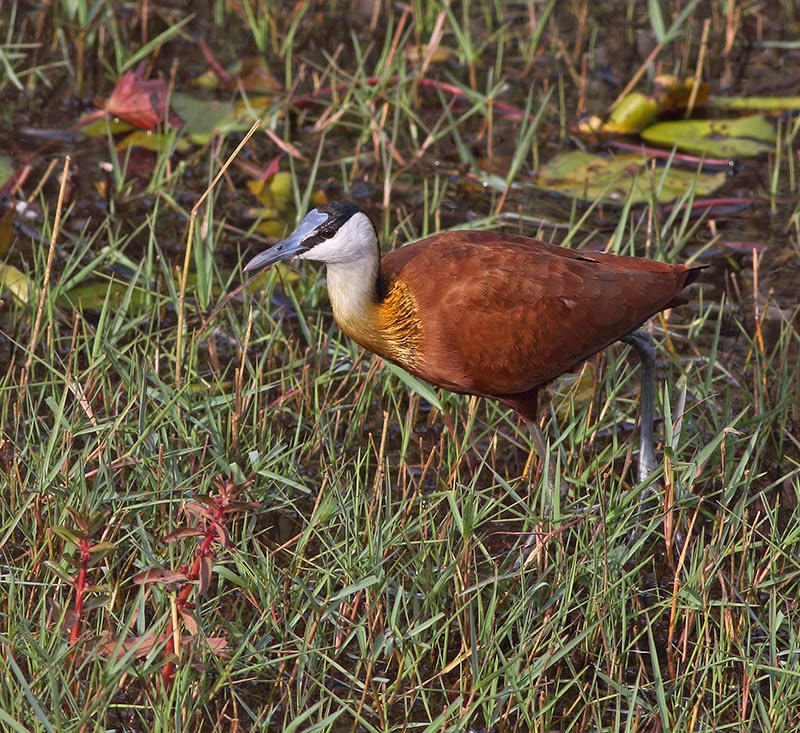 Then it was back to the hotel.

Posted by Greater Kent Birder at 21:19