In the morning we went to Abuko rice fields, lunch was at Lamin Lodge, then it was on to the Old Cape road/Cape point area and finally Bakau beach (just south of the pier) to see some more gulls and terns.

Abuko rice fields are across the road Abuko woods. The first few hundred yards are through mainly palm trees but then you come to an area of paddies/wet fields that are constantly being worked. The area is excellent for herons and due to the constant presence of those working the fields the birds are pretty relaxed about being in close proximity to humans - especially if you stand still and wait for them to come to you. The herons seen included striated heron, great white, intermediate and cattle egret, black headed heron plus western reef and black egrets. 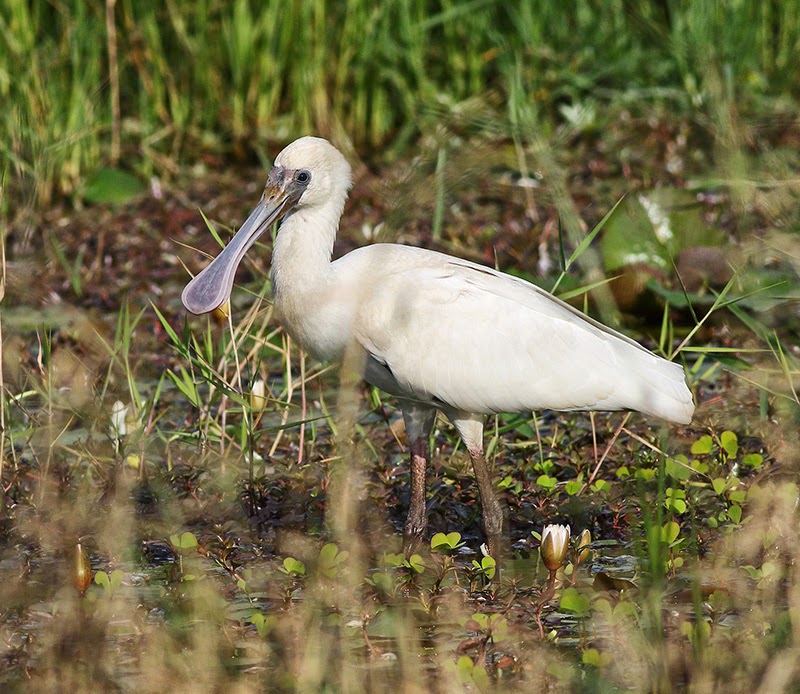 We saw a number of Abyssinian rollers (a bird that unless it was very close would be ignored!) and in the reeds that surround the fields we had little bee eaters. Overhead we had mottled spinetail, palm swift plus  pied winged and wire tailed swallow. 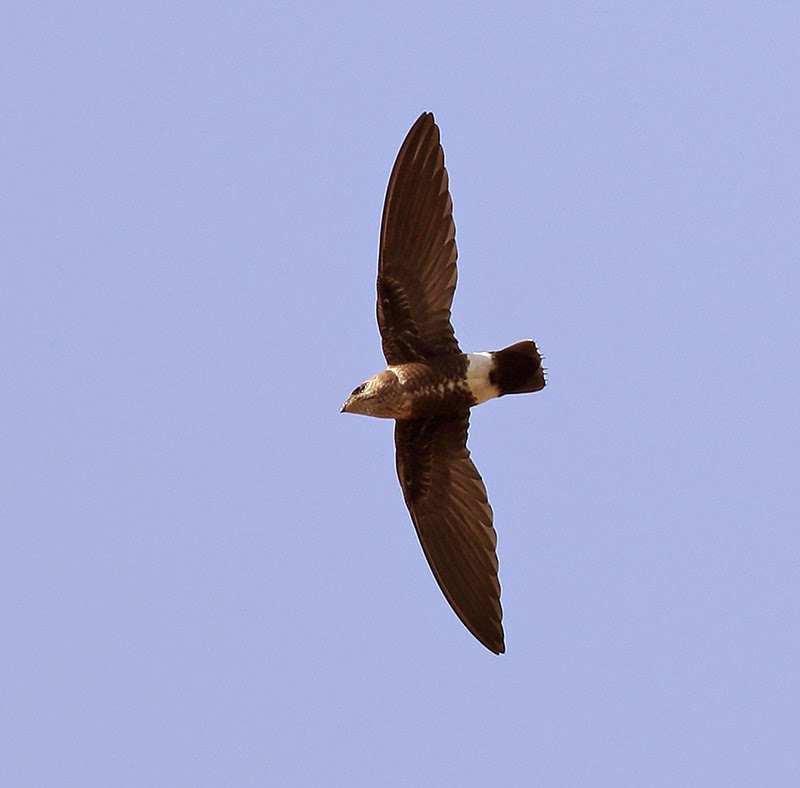 Also seen were the normal common sunbirds plus a bearded barbet and in the reeds and in some dry scrub at the edge of the wet area we had a assortment of finches - though as always I struggled to identify them.. 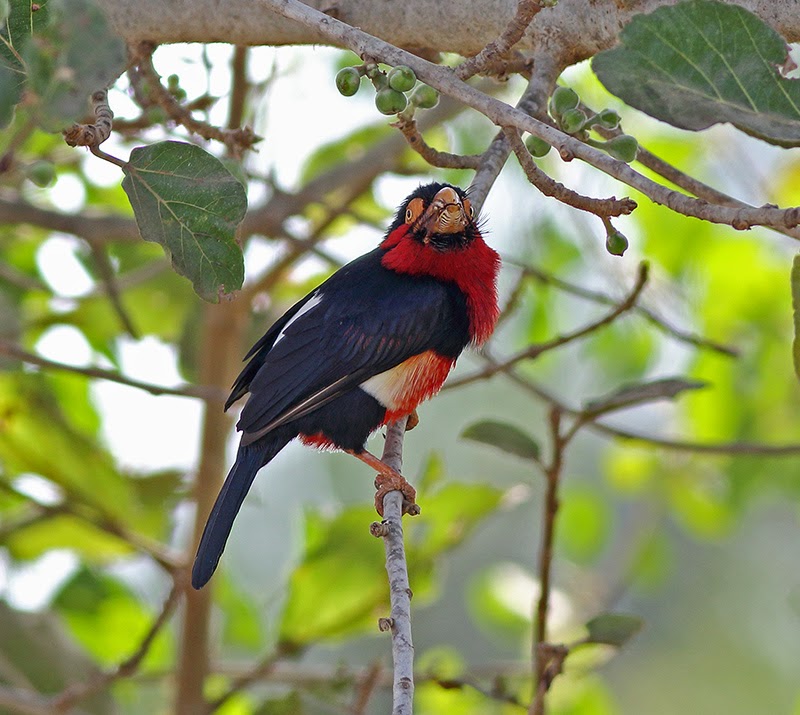 For lunch we went to Lamin Lodge. I’d heard about Lamin lodge but I do wonder why it features so strongly. As a dining place what you can say is it’s different – constructed out of off cuts from the local saw mill but the area just  outside the lodge compound is the normal rubbish tip and bird wise it offered next to nothing.  Since the lodge stands on poles in the water and is surrounded by mangoes I had expected the normal lunchtime birdfest but this time with herons, kingfishers etc. As it was all we had were a few sandwich terns roosting on some moored boats, a couple of very distant gull-billed terns and a flyby purple heron. That was it. As we left we did see a pair of very strongly marked yellow fronted canaries, the best marked I saw, and a few Namaqua doves frequented the trees. 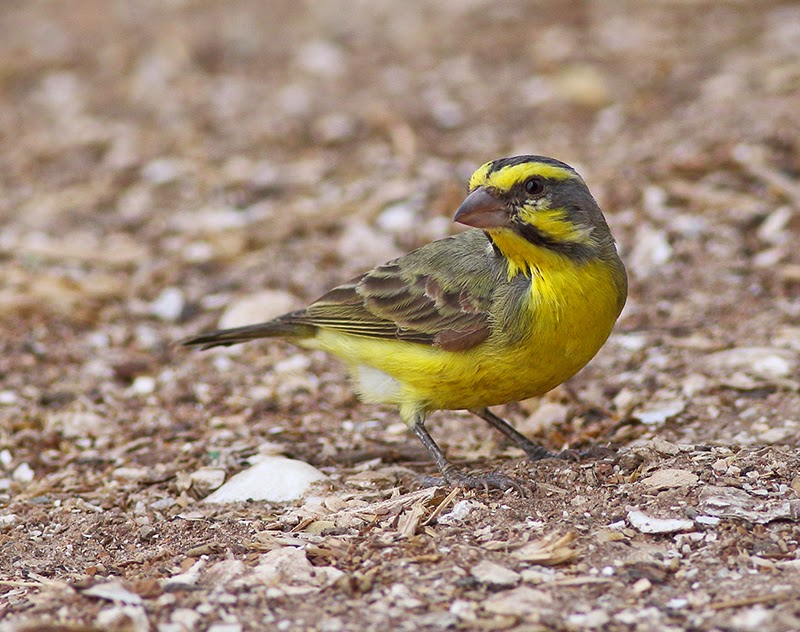 In the afternoon we went to Cape point disembarking from the bus on Old Cape Road where the road crosses the creek connecting the large lagoon to the sea. The area was awash with herons, long-tailed cormorants, pied kingfishers and a lot of waders (curlew sands and ringed plovers) though all too distant for the camera. 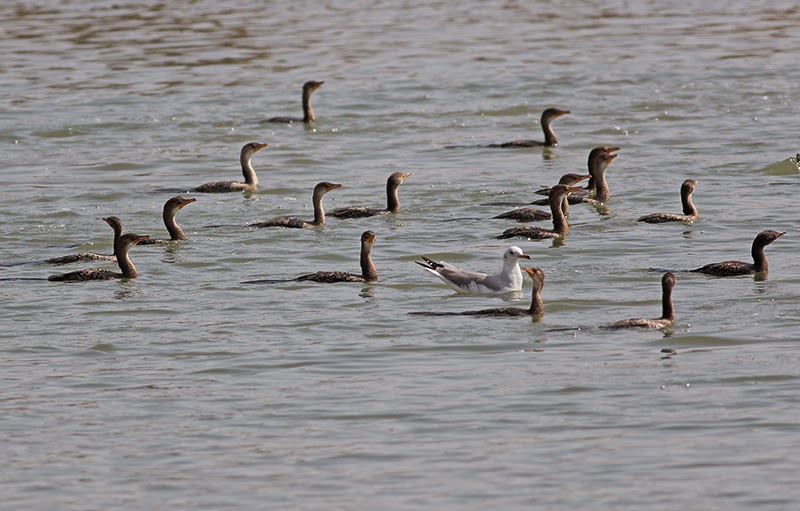 On the beach there were a number of gulls (lesser black backed and grey headed mainly) and terns  (Caspian, lesser crested and Sandwich) with one of the sandwich being colour ringed. This was the only place we saw lesser crested alongside royal and Sandwich terns – the conclusion I drew was it's highly probable that all the yellow billed terns we had seen up to that time must have been royals.

On the way back to the bus (which had moved NW up the road close to where the houses begin) we moved through an area of low scrub and grass. A disagreement had begun as to whether a distant flock of small finches contained red-bill quelea. I stayed behind to get some pictures to settle the argument whilst the others went off to look (unsuccessfully) for yellow-throated longclaw. Whilst getting closer to the flock I noticed a yellow bird in their midst. I didn’t know what it was but I did know I hadn’t seen one before so I concentrated on that. I never managed to get that close as the flock flew off to some more scrub, but I had some record shots that I hoped would allow it to be identified. 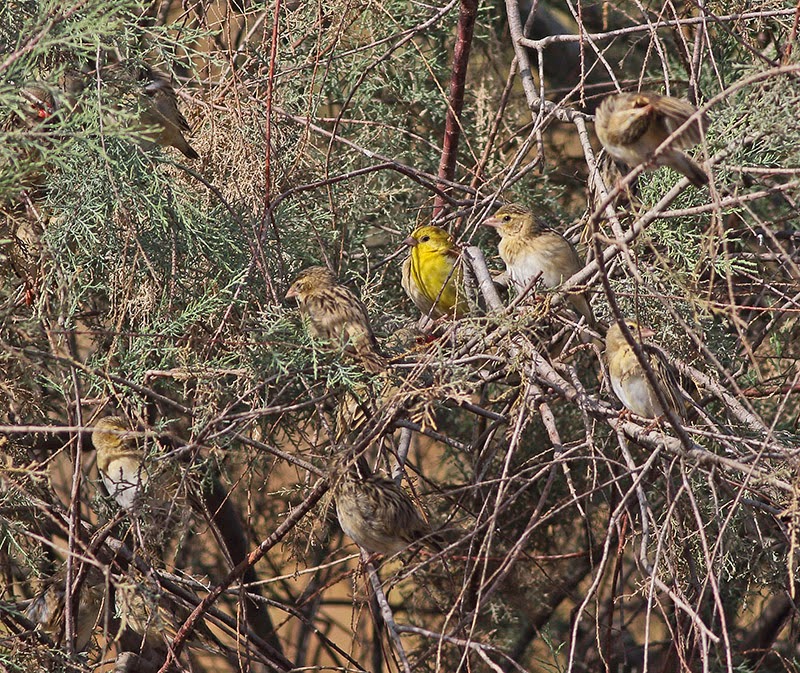 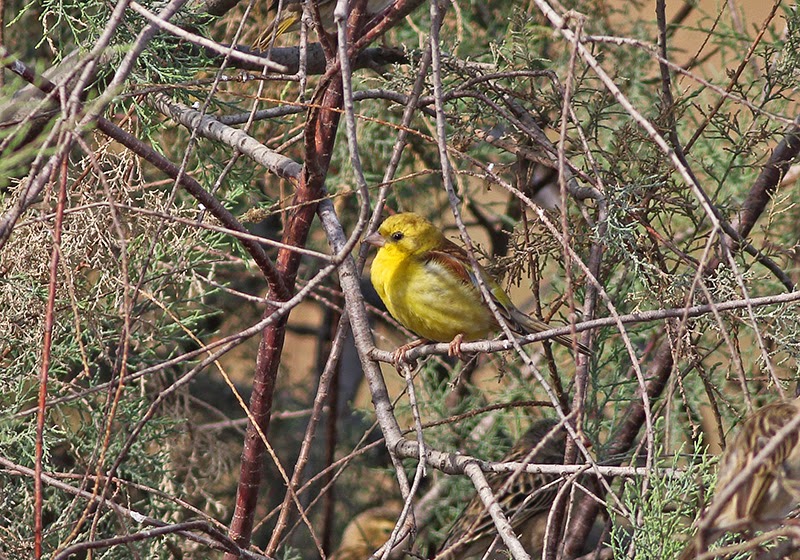 I was last back to the bus and as it departed I showed the pictures to Tijan who immediately said where did you see that!  Stop the bus! ……it was Sudan golden sparrow a bird that it seems is quite rare in the Gambia and had never been seen in the Cape Point area. Back we went and re-found the birds where I had left them. So the good news was everyone saw it and the even better news was I managed to improve on the pictures I had. 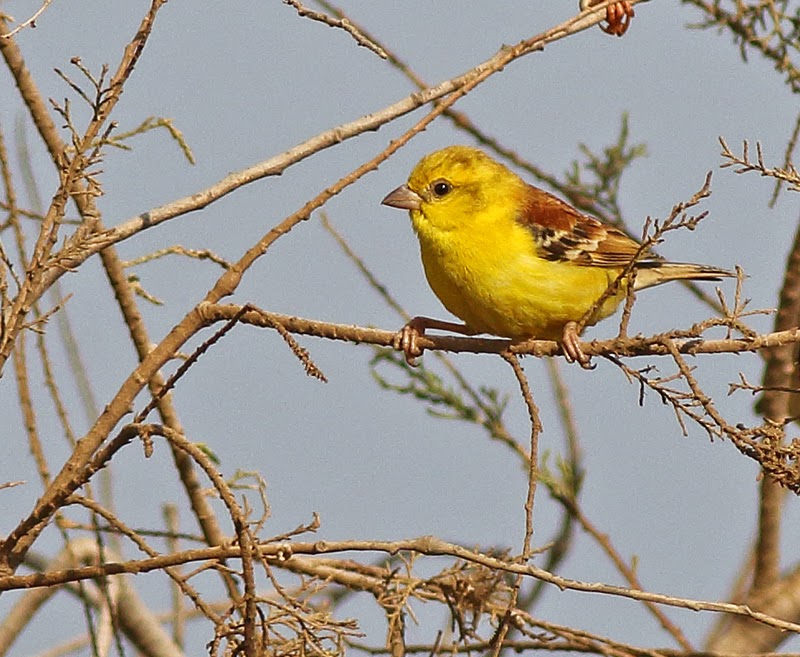 Our final stop was at Bakau (just west of the pier) where hoards of gulls (including slender billed) and terns were feeding on the lost/discarded fish. Walking through the fish stalls to get to the beach I was glad Tijan was with us because it didn’t seem the friendliest place we had been to, though having said that whilst on the beach no one pestered us.

All in all another good day.
Posted by Greater Kent Birder at 21:57